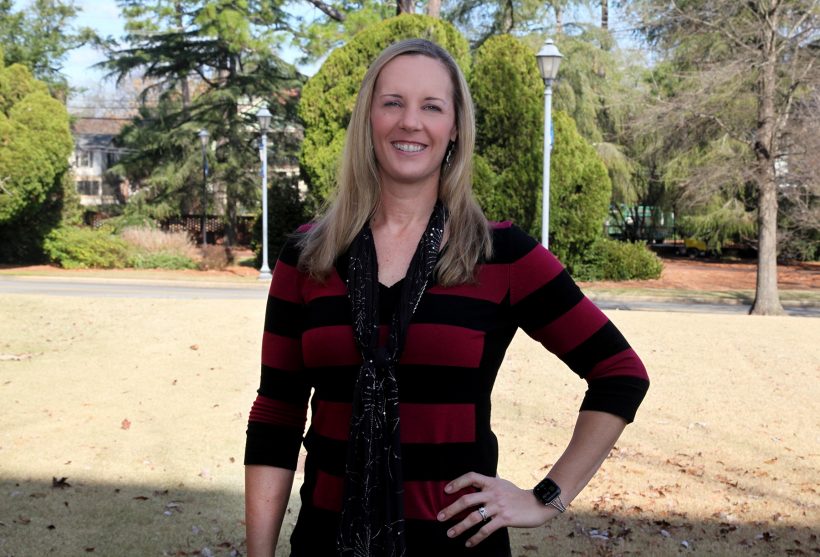 Dr. Megan Buning didn’t play teacher growing up. She played softball, and became one of the University of South Carolina’s star pitchers until she graduated in 2002 with a bachelor of science in exercise science. Then, she decided, she was done.

“That lasted for a couple of months, and then I went and played professionally with the British National team,” she said.

Her first love is the sport, but her career is education. She found a way to do both through her research work at Augusta University — to stay engaged and give back to the sport that gave her so much. She is currently finishing a year-long study into the mental performance of umpires and sports officials.

It’s a project that grew from her experience in the field.

After college, Buning was playing for a professional team in New England when Florida State University called and asked her to coach. She took that opportunity to earn a master’s in sports psychology. It was a relatively new field — not many teams were hiring sports psychologists at the time, and she really wanted to be the best coach FSU had ever had.

Her research, however, was beginning to shift her coaching style. The birth of her daughter shifted it again, and eventually she found that coaching was not where she wanted to be anymore. So, while working as an associate head coach at the University of Mississippi, she earned a doctorate in higher education with the intention of going into athletic administration.

“You’re going through this phase where you’re getting out of the sport and athletics, which is what your identity is in, right? And you’re jumping off a ledge, thinking you’re still going to be in athletics,” she said. “And I remember my adviser there, my PhD adviser, said, ‘You need to think about faculty.’ And I was like, ‘That’s just silly.’”

But Buning found herself as a retired coach, a doctoral student and a graduate assistant teaching statistics courses and working on her dissertation, continuing studies in the sports psychology field. The idea of teaching was still stewing. Eventually she found a way to marry her coaching background with her research interests, and applied to Augusta University in 2014 as an assistant professor. She said AU offers her the flexibility to research whatever interests her, and that still revolves around sports. Last year she received tenure.

“Being in a college of education like this, there aren’t many folks that have the same research interests even over in kinesiology. They’re more, you know, the physiology part of things. So the sports psych has been different,” she said.

Buning has studied ways to apply athletic training such as vision training and depth perception to reading performance in the classroom. Another study applied sports psychology techniques to mental performance and focus issues.

Five years ago, the University of South Carolina asked her to become a sports talent analyst for the SEC Network+ digital station. She said when ESPN purchased the SEC Network, the conference decided to broadcast every game of every sport.

When that happened, she said, sports officials were on television and being scrutinized as much as the players, and Buning herself was becoming self-conscious because she didn’t feel she knew the rules of softball as well as she should, despite her long involvement with the sport.

To improve, she connected and engaged with umpire coordinators.

“One in particular, Christie Cornwell — she’s the SEC coordinator — she made a comment something along the lines that the TV coverage has really done a number on our psyche. You know, they’re self-doubting and all that kind of stuff,” Buning said. “So I started thinking, ‘Well, do sports officials — do the umpires — get mental training, or something?’ The school will pay to have a sports psychologist on site for their athletes and their coaches. But now we’re asking these contractors to come in and to be held to a certain standard, and we’re not offering any mental health support for them.”

She decided to turn this observation into research. For the past year, she’s been offering workshops, training camps and instructional rounds to deliver sports psychology techniques to help umpires improve their self-efficacy (their belief in themselves) through mental performance training. She works with them on issues such as emotional control, refocusing after a controversial call or play, maintaining focus when they’re tired from calling multiple games back-to-back, self-talk, communication, mindfulness and reducing fear of failure.

‘Hungry for this type of training’

By the end of February or March, “I’ll have touched 50 (umpires) through the instructional rounds approach, and over 150 through the workshops,” she said. “So I’m collecting data on their self-efficacy about this training and see how it works.”

She has seen a lot of interest in her research from umpires in the SEC, the Peach Belt Conference and the National Association for Sports Officials.

“They’re grateful. (Sports officials) are hungry for this type of training,” she said. “They know they need it, and they want it.”

Buning said her data collection will be complete in another couple of months and the research should be ready to publish within the next year. She hopes her work will help build knowledge around how mental performance can help game officials. Ideally, her research will also lead to more training opportunities and encourage data collection in other types of sports.

“This is applied research, so using what we know from the data to build a comprehensive training program for this particular population would be the ultimate goal,” she said. 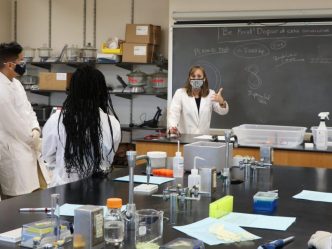