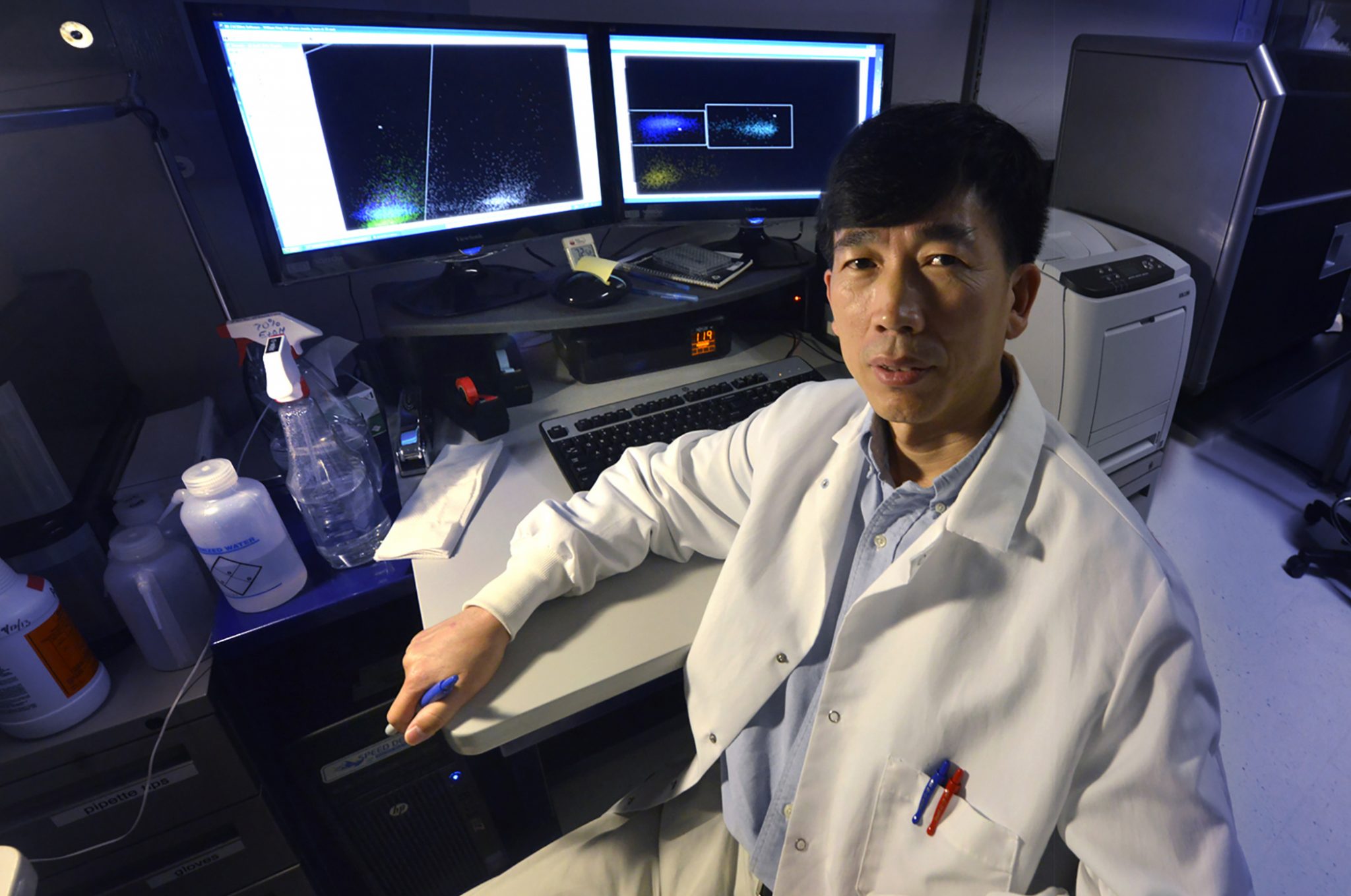 The antigen got the attention of the immune system, and the result was some of the mouse T cells developed the ability to target a cancer that’s incidence and death rates are on the rise in the United States.

The scientists took the genes for the most effective liver cancer antigen receptors on those T cells, put those receptors on human T cells and the resulting engineered human T cells eradicated the cancer as well, without hurting normal liver cells, they report in the journal Hepatology.

“These T cells are very potent and can kill human liver cancer both in a dish and in a mouse,” says corresponding author Dr. Yukai He.

In fact, large human liver cancer tumors on comparatively small mice started regressing about 20 days after treatment, and were eradicated by day 41 with the help of one of the targeted receptors.

“Now that we have these T-cell receptor genes, we may be able to humanize the genes to help patients,” says He, immunologist at the Georgia Cancer Center and Department of Medicine at the Medical College of Georgia at Augusta University. He also is a Georgia Research Alliance Distinguished Investigator.

Next steps include He’s collaboration with Piedmont Atlanta Hospital to retrieve T cells, liver cancer cells and healthy tissue normally removed from patients during surgery, put the mouse receptor genes on these T cells and monitor in a dish both how those cells now fight the tumor and react to healthy human tissue.

If the engineered human T cells do produce a robust cancer attack – and don’t generate toxicity by also attacking healthy cells – the next step would be clinical trials, He says.

T cells have receptors that should recognize invaders like an infection or a cancer as foes.

But these drivers of the immune response often are not that effective at attacking cancer, likely because of the reality that cancer cells are mostly a mutation of our own cells, He says.

“Most cancers are self-antigens,” He says. ”Our body’s immune cells are not supposed to fight them, otherwise it becomes autoimmune disease.”

Newer cancer treatments, like adoptive T cell therapy, use a variety of ways to strengthen T cells for the fight and He says the mouse receptor genes could be another way to do that.

The mice they studied are engineered to express human leukocyte antigen, which helps regulate the human immune system, and, in this case, helped the mice produce the powerful T cells again human cancer. They immunized them with the antigen α-fetoprotein, which is found in 70-80 percent of human liver cancers, and serves as both a biomarker for diagnosing and a target for treating the sixth most common cancer worldwide, He says.

“For the T cell to recognize the tumor cell, it has to have a receptor for that tumor cell,” He says. The mouse T cells developed receptors for this clearly suspicious invader and the genes for the receptors is what He later put on human T cells.

Cancer vaccines, engineered to continue to train T cells to mount a strong immune response against your cancer, also haven’t been very effective at mounting a strong fight, says He, and likely one weak point is the lack of strong receptors.

The research was funded by the National Cancer Institute.