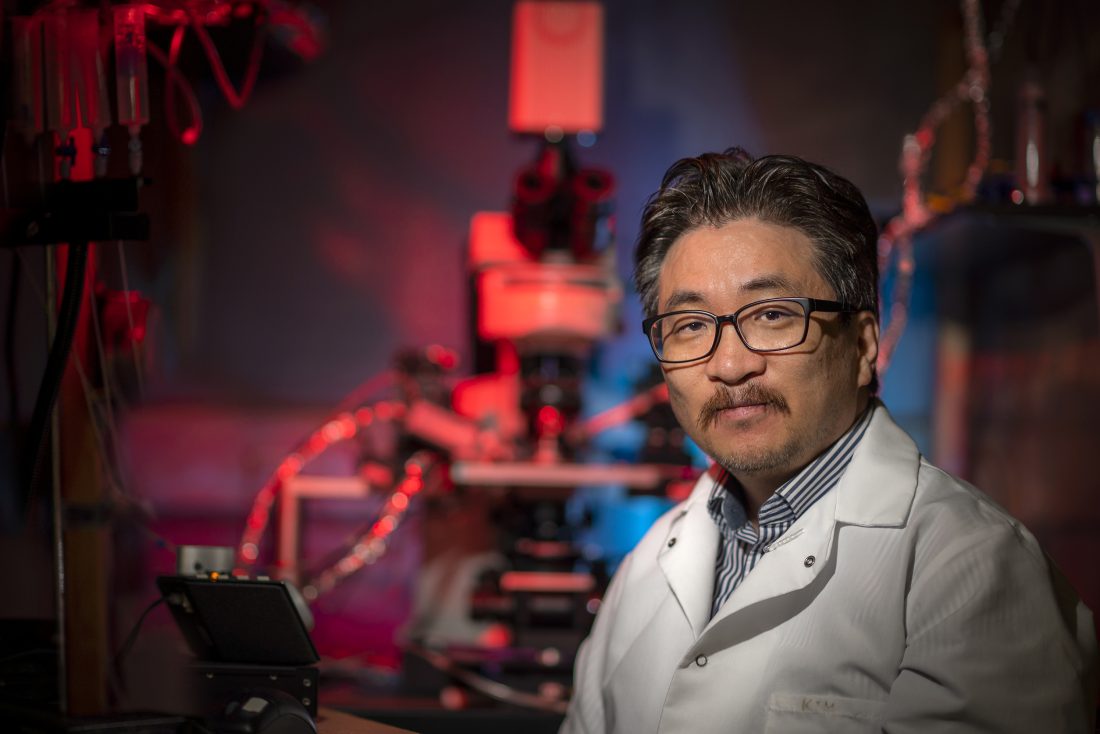 Social avoidance is a common symptom of PTSD, and scientists working to better understand why have laboratory evidence that while stress hormone levels consistently increase in the immediate aftermath of a traumatic event, there can be polar opposite consequences in parts of the brain down the line.

In response to a significant stressor and a subsequent surge of stress hormones, some rodent models experience the expected short-term increase in the excitability of neurons in areas of their brain key to memory and to how they see their environment, as part of the natural instinct to fight or flee.

Other genetically identical mice instead experience a decrease in neuron excitability in this key area called the dorsal hippocampus, Dr. Chung Sub Kim, neuroscientist at the Medical College of Georgia at Augusta University, and his colleagues report in the journal Molecular Psychiatry.

“We are trying to answer the question as to why hippocampal activity is decreased in PTSD or depressed patients,” Kim says. “We know it happens, but the mechanism we don’t know.”

One of the things they are finding is that, like humans, some mice just seem more susceptible to a lasting impact from a major and/or chronic stressor and that both their behavior and internal molecular response to stress are distinctive from their more resilient peers.

“One was affected directly by stress, and another not so much,” Kim says.

To mimic stressful scenarios like a bullied child or armed robbery, the scientists created a scenario where a male mouse, which is naturally aggressive, established his territory, then repeatedly attacked another mouse who ventured into that territory.

Again, somewhat like human victims, some of the mice did not seem fazed after the attack — rather were still naturally inquisitive about the other mouse — while the susceptible mouse clearly avoided the aggressor.

In the “susceptible” mice, Kim and his colleagues found increased expression of receptors for stress hormones on neurons in the CA1 region of the dorsal hippocampus of their brain. Those plentiful receptors appeared in turn — and perhaps counterintuitively — to enable elevated expression of the protein HCN1, a natural modulator of neuron activity and connectivity already found in naturally high levels in the hippocampus. HCN1 is a major research focus for Kim, who has evidence that even a single episode of significant stress can further increase HCN1 expression in the CA1 region of the dorsal hippocampus and bring neuron excitability down. Also increased in the susceptible rodents was the protein TRIP8b, which regulates HCN channel levels. “Stress changes everything,” Kim says.

The scientists found that this cascade resulted in an increase as well in another natural tamping down mechanism, called hyperpolarization-activated current, which was known to be increased by stress but just how was unknown. Again, the changes were specific to the dorsal portion — in humans, the back part — of the hippocampus.

The susceptible mice also experienced impaired spatial working memory, which for humans is basically trouble remembering where you left your car keys and how to get to work.

The clearly different expression of the HCN1 protein in this region of the hippocampus may be the molecular mechanism driving susceptibility to social avoidance, Kim and his colleagues write.

“They have some malfunction in hippocampal information processing,” he says. Whether those changes are permanent is not certain, but at three months, a long time in mouse years, they were still present: The average mouse lives maybe two to three years, while the average human in the U.S. lives into their late 70s.

But in the “resilient” mice, expression of the stress hormone receptor and HCN channel did not increase, but neuron excitability did, in the immediate aftermath of stress.

“There are clearly physical differences in the response to stress in the two mice that correlate with their behavior,” Kim says, even though you would not suspect the differences in these genetically identical rodents.

More work still needs to be done to understand exactly why some mice are resilient and others are susceptible to emotional trauma, the scientists write.

HCN channels are involved in a variety of physiologic processes like sleep and wake states, taste and fear learning. Work by Kim and others has found evidence of a link between HCN channels and mental diseases, including depression and anxiety.

The adrenal gland releases cortisol and adrenaline as well in response to a fearful situation like someone threatening you. The increase helps prepare the body for the so-called protective flight or fight response, by making adjustments like increasing levels of glucose, which your body uses as fuel, while suppressing functions like digestion and reproduction, which are not considered essential in that moment.

PTSD has also been shown to produce changes in the amygdala, which helps perceive and store memories of emotions like anger, fear and sadness and recognize threat, and the medial prefrontal cortex, which is thought to be important to cognitive functions like attention, habit formation and long-term memory.

Written by Toni Baker
What’s happening at Augusta University? Sept. 26-Oct. 2
FacebookTwitterPinterestWhatsApp
Surprising surge has Russians in retreat — our expert explains what it could mean for war’s future