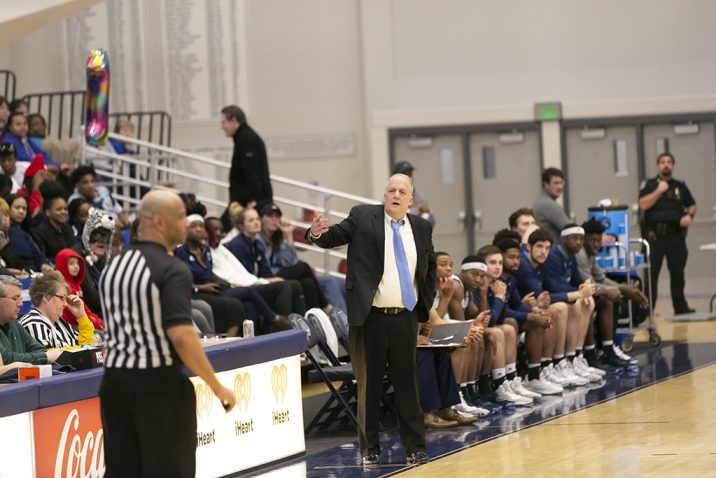 Augusta University men’s basketball team was on the road on its way to the first round of the NCAA Division II Tournament back in March when news broke that officials were calling off the rest of the season because of the coronavirus.

Head coach Dip Metress said closure is always hard at the end of a season. But not being able to play those last handful of games was especially difficult, and with only one senior on the team, Rafael Monteiro, they were affected differently.

“We were able to do pictures with Rafa in his cap and gown on campus so it was an abbreviated celebration. … In that 24-hour span (in March), a lot changed,” Metress said in June.

Metress is entering his 25th season of coaching overall and his 17th at Augusta University. He recently told Raysean Ricks, host of In the Wild podcast, that he’s had to do a lot of pivoting to get back to coaching this semester.

“There’s a term in coaching called pivoting, which means turning a lot … it’s very difficult,” Metress said. “Everything has been in flux. As players, they like schedules; as a coach, we like schedules. It’s very challenging right now. We’re happy to be back in the gym.”

Metress and his staff are dealing with rules and restrictions that coincide with COVID-19. Coaches must wear masks at all times during practice. Players don’t have to wear masks when practicing but do as soon as practice is over.

“We just want to play … my assistant had a great line, ‘We’ll play wrapped in bubble wrap,’” he added on the podcast. “We’re trying to make the best of this situation.”

Coach’s keys to the season

1.  Keep our focus due to the uncertainty of everything going on around us in the world with the pandemic.

2. Acclimate the new players into a strong core of returning players.

3. Have the ability to guard the 3-point shot with the players that will be on the floor.

“The key date is the date we are practicing,” Metress said. “It is not about what is next; it is what is about now.”

Conference games begin Jan. 6 at Columbus State. The Jaguars will play area rival USC Aiken on the road Jan. 27 and at home Feb. 17.

Miguel Arnold, junior, 5 feet, 10 inches, guard: Ranked first on the team in made 3-pointers for the season (79). Averaged 13 ppg and 1.8 assists per game and scored in double figures 20 times last season.

The university announced Nov. 24 that outside fans will not be permitted to attend the men’s or women’s basketball games through at least Jan. 5.

“We are extremely disappointed in not allowing our tremendous fan base of Jaguar Nation to attend in person our non-conference men’s and women’s basketball home games,” said Clint Bryant, Director of Athletics. “It is our hope that we will be able to have home fan attendance by the start of the PBC regular season on Jan. 6. We will keep everyone posted on our ability to make that happen.

“We are very excited to announce that Chad Cook and SUV TV will again provide live coverage of our contests. We are very fortunate to have the high-quality coverage that is provided through this relationship. As we all know, these are unprecedented times and your support and patience is much appreciated. Go Jags!”

All games will be available to view through augustajags.com or the PBC Sports Network.

In the Wild is available on Apple, Spotify and Google Play. Listen to the episode here. 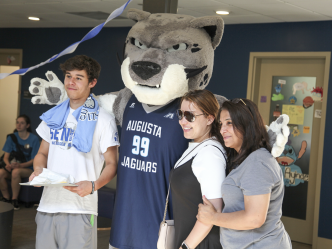 Listen: Get ready for fall semester with ‘In the Wild’ podcast