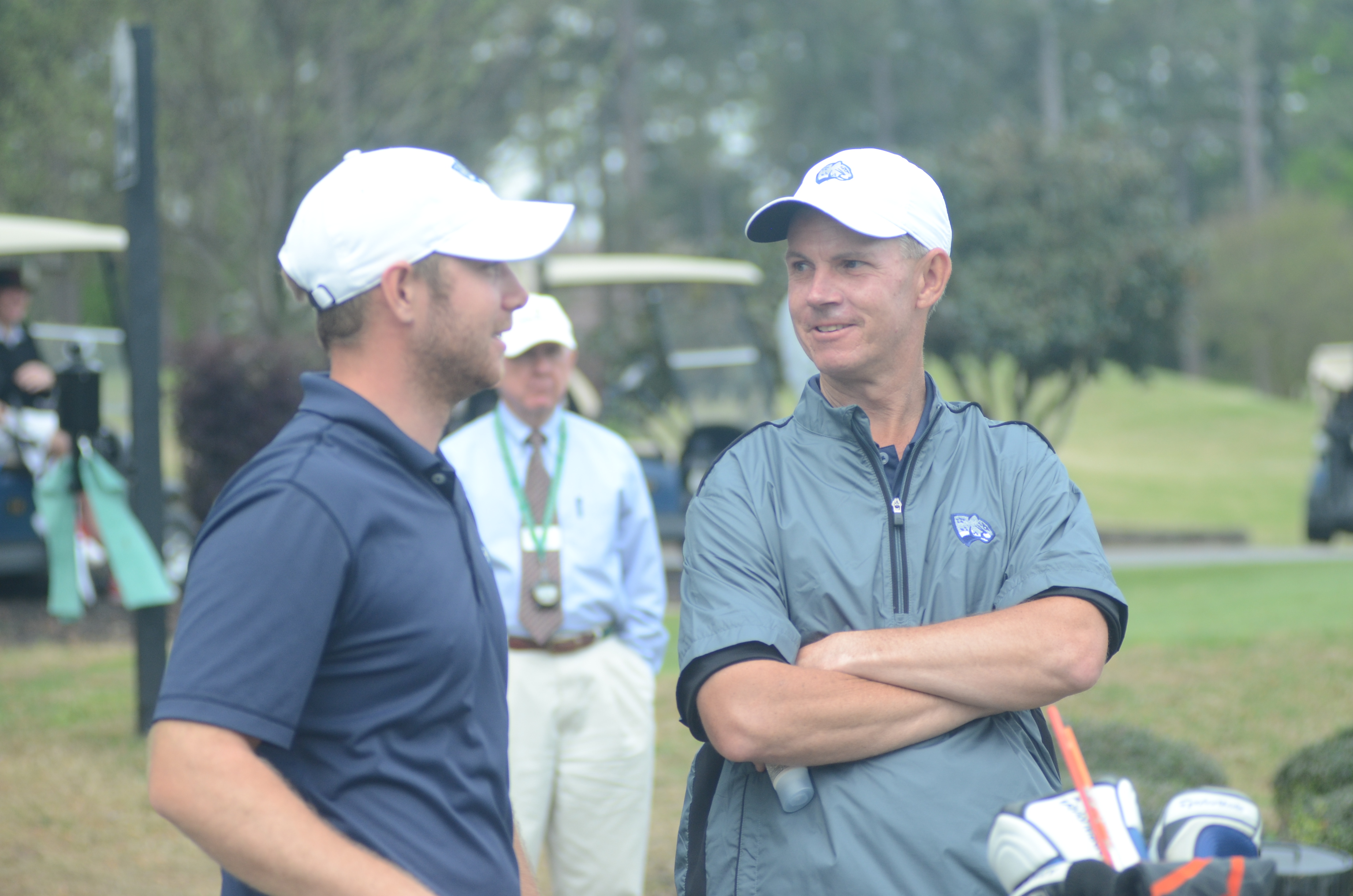 Jack O’Keefe grew up in Little Rock, Ark., and enters his third season with the Jaguars after being named head men’s golf coach at Augusta University on Monday, Dec. 2 during an 11:00 a.m., news conference at the J. Fleming Norvell Golf House. O’Keefe became the sixth full-time head coach in the program’s storied history.

As a collegian at the University of Arkansas, O’Keefe was a four-time All-American, a two-time All-SEC selection and an All-Southwest Conference performer from 1989-93. He registered three individual victories as his Razorback squads captured 10 team tournament titles over his last two seasons.

A 2010 graduate of the University of Arkansas with a B.S. in Education, O’Keefe is married to Susan Fruits of Russellville, Ky. They are the parents of four children — Lucy, John-Freeman, Henry and Hogan.

For this year’s induction class to the Arkansas Golf Hall of Fame, O’Keefe joins Julie Oxendine of Russellville, Ark., and Warren Stephens of Little Rock, Ark.

Stephens was the founder of the Alotian Club and is a major contributor to the First Tee of Central Arkansas.