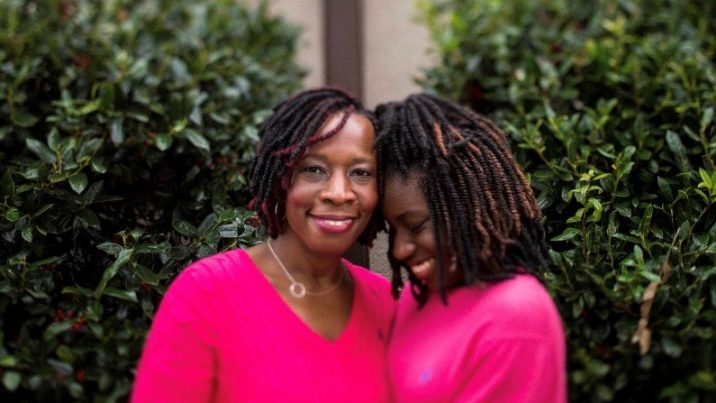 When Dr. Alicia Elam at Augusta University’s College of Allied Health Sciences looked over a paper written by one of her students, she had no idea how much it would end up affecting her personally.

Elam’s Physician Assistant student, Alison Miller, submitted a paper in the fall of 2017 on a chronic/allergic condition known as eosinophilic esophagitis (EoE), which is inflammation of the esophagus, causing it to narrow and making it difficult to swallow food.

“I wanted to present on something that my classmates hadn’t heard about and learn more about it myself, as it was a common diagnosis I saw while working as a medical assistant, scribe and endoscopy technician at GI Care for Kids” at the Scottish Rite hospital at Children’s Healthcare of Atlanta, Miller said.

Elam recognized something familiar when she received the paper.

“When I read it, it was eye-opening,” Elam said. “I realized, ‘This is Ally, this is something she has displayed.’”

Alyce-Dean “Ally” Owens is Elam’s daughter, then 12 years old. She had a terrible cough after eating, and doctors thought she might have food allergies, asthma or even GERD (more commonly referred to as reflux). No diagnosis seemed to fit until Elam read Miller’s paper. The description matched the symptoms that Owens was exhibiting.

“She asked me about the disease and it sounded spot-on,” said Miller.

Elam set up an appointment with a nurse practitioner, Kathleen Slagle, and her daughter was ultimately diagnosed with EoE after an endoscopy. She credits Miller’s paper for the fact that she knew a lot about the condition going in.

Dr. Vita Goei, a pediatric gastroenterology specialist at the Children’s Hospital of Georgia, performed surgery on Ally, and according to her mother, she is in complete remission from EoE.

“Without working with [Miller], I don’t know if Ally would have a diagnosis to be quite honest,” said Elam. “She might have just been treated for GERD.”

Since graduating from the Physician Assistant Program at the College of Allied Health Sciences last year, Miller now works as a physician assistant at GI Care for Kids. She comes across new cases of EoE fairly regularly in her department.

“[EoE] has become so much more prevalent recently,” she said. “It’s now one of the common causes of dysphasia or difficulty swallowing that presents to emergency departments.”

In the meantime, Miller has stayed in touch with Elam about how Ally, now 14, is doing.

“I was definitely pleased that I could help assist with her diagnosis,” she said. “I was relieved to help.”