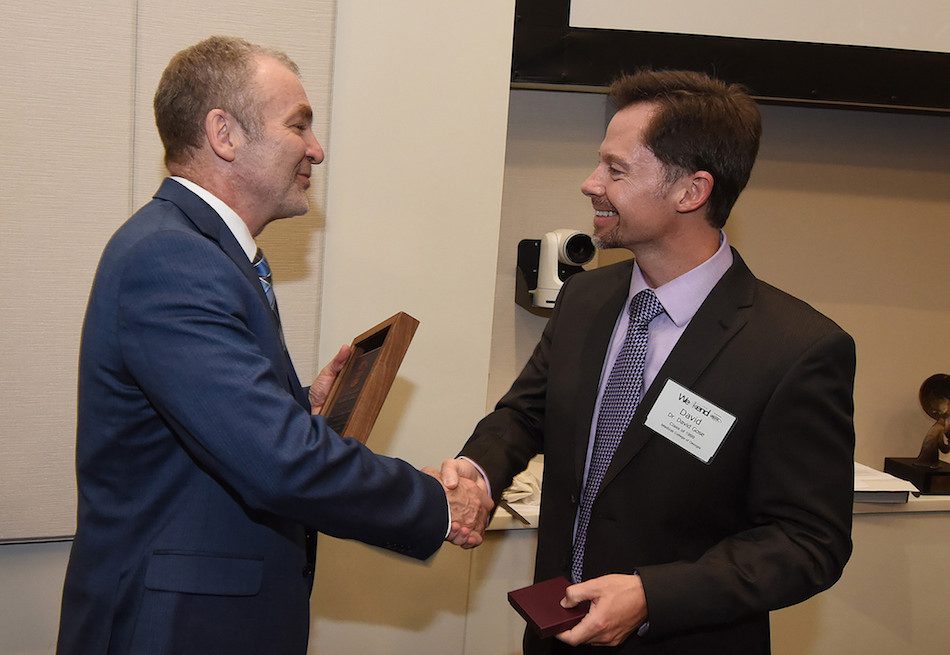 A radiation oncologist who is executive director of the Winship Cancer Institute at Emory University and a family practitioner who was a longtime associate dean for student affairs at the Medical College of Georgia at Augusta University, are recipients of the 2017 MCG Distinguished Alumni awards.

Dr. Walter Curran, a 1982 graduate, is MCG’s Distinguished Alumnus for Professional Achievement. Curran has served as executive director at Winship, one of the nation’s top-ranked cancer centers, since 2009. He also is Georgia Research Alliance Eminent Scholar and Chair in Cancer Research there, Lawrence W. Davis Professor and chairman of the Department of Radiation Oncology for the Emory University School of Medicine and associate vice president for cancer for Emory’s Woodruff Health Sciences Center.

Curran’s research has focused on the progression and development of radiation oncology and cancer treatment and revolves around the safe and effective use of radiation oncology to treat all types of cancer. His influence and passion have resulted in over 240 selected lectureships, seminar invitations and visiting professorships for groups such as the Albert Einstein Medical Center, Harvard Medical School and the American Cancer Society, He was the Keynote Speaker for the International Lung Cancer Congress in 2012.

Dr. Mason Thompson, a 1973 graduate of the state’s public medical school and the newest president of the MCG Alumni Association, is the recipient of the Distinguished Alumnus Award for Loyalty.

After graduating from MCG, Thompson completed his residency in family medicine at Spartanburg General Hospital in Spartanburg, South Carolina. He served as an instructor at the Medical University of South Carolina until 1978 when he returned to his alma mater as an assistant, and eventually, associate professor of family medicine.

His research has focused on the progression and development of family medicine practice, particularly in the areas of smoking cessation, non-familial hypercholesterolemia and anxiety. Thompson led the group that implemented the first NBI Healthcare Foundation Humanism in Medicine Award at MCG for a graduating medical student and clinical faculty member. He has implemented research days for medical students to promote research in family medicine and was the founder and longtime coordinator of the White Coat Ceremony for first-year medical students. Thompson has been an active member of the MCG Foundation’s Board of Directors since 2006.