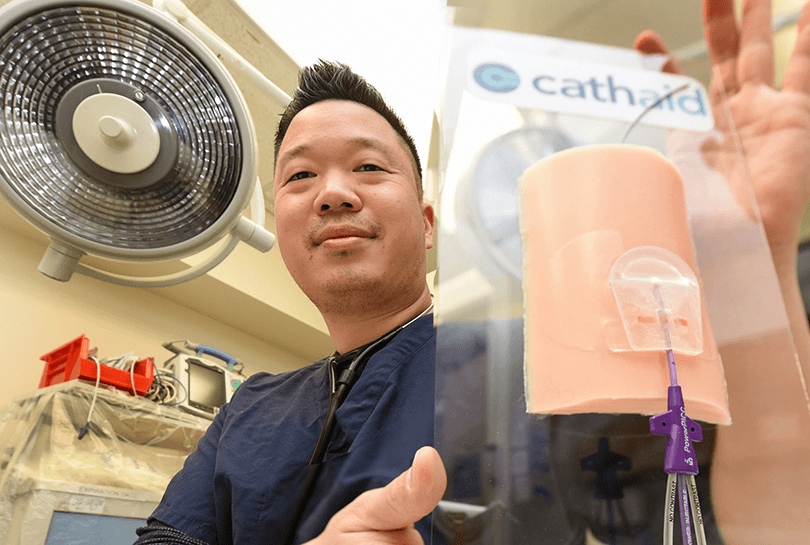 Dr. Richard McIndoe, associate director of the Center for Biotechnology and Genomic Medicine at the Medical College of Georgia at Augusta University; Dr. George Hsu, a third-year fellow and chief medical officer and interim CEO of Cathaid; and Dr. Chris McKinney will receive their awards at Georgia Bio’s annual awards dinner and gala Feb. 15 in Atlanta.

McIndoe and the MCG Center for Biotechnology and Genomic Medicine will receive the group’s Deal of the Year Award, which is presented to one or more companies or institutions for the most significant financial or commercial transactions, based on their importance to Georgia’s life sciences industry.

McIndoe, who also is a Georgia Research Alliance Distinguished Investigator and a Regents’ Professor in the MCG Department of Obstetrics and Gynecology, recently received a $12.8 million grant to lead, for the fourth time, the administrative, scientific and informatics infrastructure for the Diabetic Complications Consortium, a program of the National Institute of Diabetes and Digestive and Kidney Diseases. The consortium provides a cross section of support designed to move science and patient care forward, including funding short-term studies in animals or humans to help better understand and prevent complications, the primary cause of diabetes-related deaths. It also supports summer programs for medical students to inspire the next generation of investigators as well as scientific gatherings on relevant topics.

McIndoe manages the information generated, disseminated and received through programs like the funding and student programs and has developed automated or semi-automated programs to ease the processes. This cycle he also plans to update the consortium’s website. The extensive raw scientific data generated through the work of the consortium and its awardees is shared broadly with the scientific community.

Hsu is receiving the group’s Innovation Award, presented to individuals who are forging new ground by thinking outside the traditional paradigms to create unique technology. He worked with his former Georgia Institute of Technology classmates to address unfortunate, but common complications of medical treatment: catheter associated infections and unintentional positional catheter shifts. Both are a major source of morbidity and mortality for patients. In certain settings, a quarter of medical catheters will experience some form of complication putting them at risk for failure, Hsu says.

“They’re one of the most commonly used medical devices in the world, but they have a certain set of complications,” he says. “Catheter associated bloodstream infections have been highlighted by the Centers for Disease Control and Prevention as one of the major problems facing health care today. Health care systems spend hundreds of millions of dollars to try and prevent these issues and even with current best practices, they still happen.”

Hsu and his collaborators looked at possible risk factors for catheter complications, including infections, securement issues and the inability to determine the position of the catheter and whether it has moved.  “For it to function correctly it has to stay where it is placed. You need to know what’s going on with the portion of the catheter that’s inside the body,” he says. Current standards of care verify positional shifts with X-rays, which are costly and expose patients to unnecessary radiation.

Their device, Cathaid, is a catheter cover that is immediately applied after a catheter is placed. Its securement mechanism, which functions almost like a lock and key, fastens the catheter in place with an antimicrobial medical grade adhesive to help stave off infections. Cathaid also has a small window with a colored strip that crosses the device and the catheter. Called a positional verification system, if the catheter portion of the strip has shifted it can indicate – in real time and to any member of a patient’s care team – that the catheter has moved.

“If they shift, even just a few millimeters, it can be catastrophic,” Hsu says. “Catheter shifts are usually detected when patients decompensate or the medications and fluids that are going through the catheter get backed up. Typically those things happen over hours and days. This device could detect them immediately.”

Hsu and his collaborators are working with the Advanced Technology Development Center, a startup incubator at Georgia Tech that helps technology entrepreneurs in Georgia launch and build successful companies. Their hope is to have Cathaid on the market and in hospitals this year.

McKinney will receive the Community Award, presented to a small number of individuals, companies or institutions whose contributions to Georgia’s life sciences community are worthy of special recognition. He leads the innovation commercialization, biobusiness incubation and innovation-based economic development functions at AU.  His office also is home to the Life Sciences Business Development Center – a 14,000 square-foot facility that includes wet labs, offices, shared equipment, common areas and a lively atmosphere for innovation – all dedicated to incubating great ideas through innovative startup companies.

He also serves as an adjunct professor of political science.

He has served on the Board of Directors of Georgia Bio since 2013. 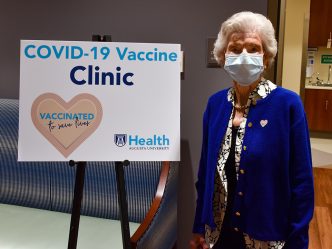 Written by Jennifer Hilliard Scott
2018 Volunteer of the Year Nominations now open
FacebookTwitterPinterestWhatsApp
Do your politics really affect your brain?