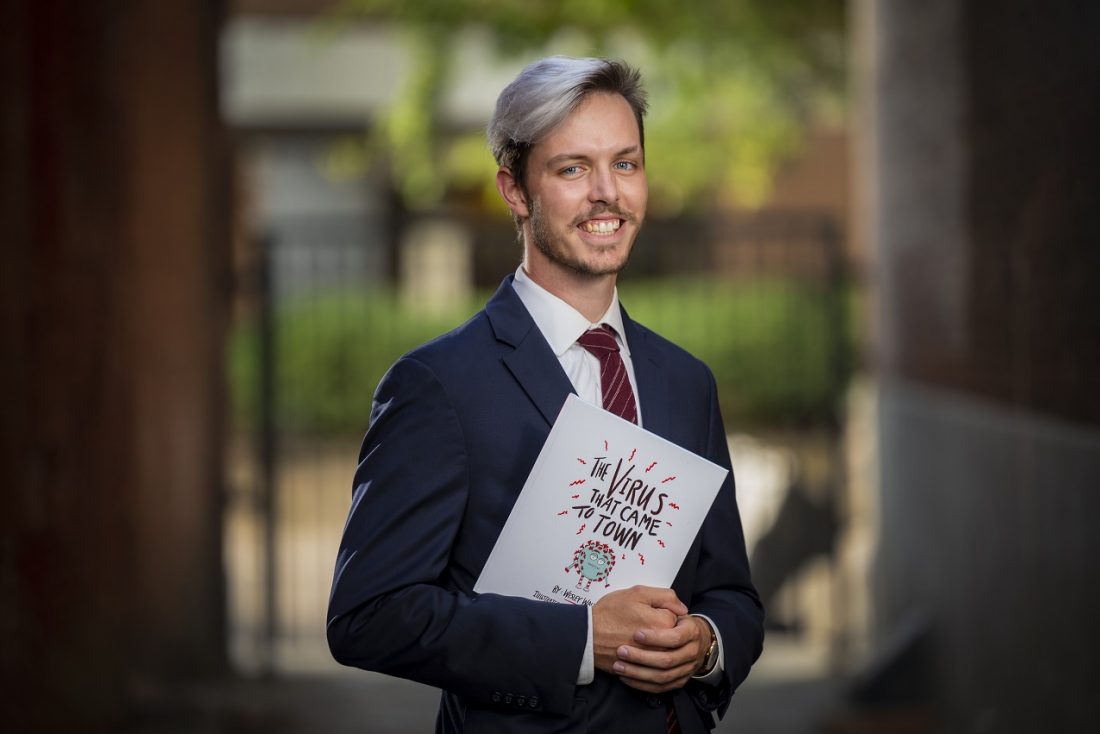 A lot has been written about the coronavirus in the last 15 months — and most of it is intimidating medical content. But Medical College of Georgia student Wesley Walters took it to a different level by writing a children’s book, The Virus That Came To Town.

Walters has been taught educating parents and children is just as important as healing them, thus the book. He got the idea just as the pandemic started. He was working with children at the University of Alabama at Birmingham and realized he had to reteach them some public health initiatives, like washing your hands and staying home when you’re not feeling well. He figured a book would be the best tool to do just that.

Walters had no idea how to write a book, so he leaned on the internet, family and friends to get the process started. After having a number of them, along with colleagues, help with edits, The Virus That Came To Town was created.

Abby Jessup, an Alabama-based artist, is the illustrator and collaborated with Walters on what the virus would look like. His initial thought was to have a mean-looking villain as the virus, but Jessup convinced him it wasn’t a good idea.

“She called me and she was like, Wesley, that’s great for some kind of medical thing. This is not what you put in a children’s book. You know, we’re not trying to terrify the kids, we’re trying to make them want to read this book,” he said.

While the main focus of the book is on the virus that causes COVID-19, SARS-CoV-2, and how to prevent it, there are underlying themes.

“Two of the things were the multiracial family and then the doctor being African-American. We want this to be a very inclusive thing that this book can go all across the nation and people could feel connected to it.”

Walters’ reaction to seeing kids read the book for the first time was emotional.

“I’ve had to fight back tears. I’m like, OK, this is too much, just because it’s the first thing I’ve done like this where you know people you’ve never met, and their lives can be changed.”

Seeing as he doesn’t have a publisher, getting the book advertised has been more of a grassroots campaign. Despite that, he’s even thought about writing sequels.

“We could make this into a kid’s book series and that would be pretty cool,” he said.

Walters doesn’t have a specialty yet at MCG, but pediatrics is an option. For now, he’s trying to keep an open mind.

Purchase The Virus That Came To Town on Walters’ website to help, as he says, “pandemic-proof” the future.