On Thursday, April 23, GRU Police Chief Bill McBride will join other police chiefs in a teleconference promoting the benefits of the Rave Guardian campus safety app.

“It’s for people who are on the fence about it,” McBride said. “So they’re going to have a couple of chiefs talk about why they got it and how it’s working. I’m going to be honest and tell them that I’ve got it and I’m pushing it as hard as I can, but we’re just not having the luck we should have with the kids and the staff getting signed up.”

McBride says that while he’s been promoting the app in just about every way possible, fewer than 1,000 people have signed up for the free service.

The Rave Guardian app is a free personal safety application for smartphones that gives individuals the ability to instantly summon help. Rather than looking for one of the blue-topped emergency phone towers, the app gives you one-button access to 911 or GRU police. It also sends out your location.

“When you push that button, it sends an audible alert to my 24-hour dispatcher and also pops up on a computer map that shows within about three meters where you’re standing,” McBride said. “For me, from the safety and security perspective, we think it’s a lot better use of our resources than trying to put random blue towers in places where people won’t use them.”

The RAVE Guardian app is free to faculty, staff, and students. Basically, anyone with a gru.edu email can download the app. For Android, click here. For Apple, click here. 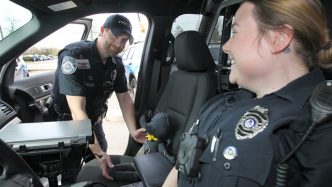 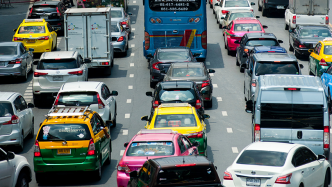 Protect yourself and others with these safety tips 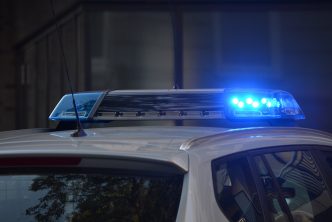