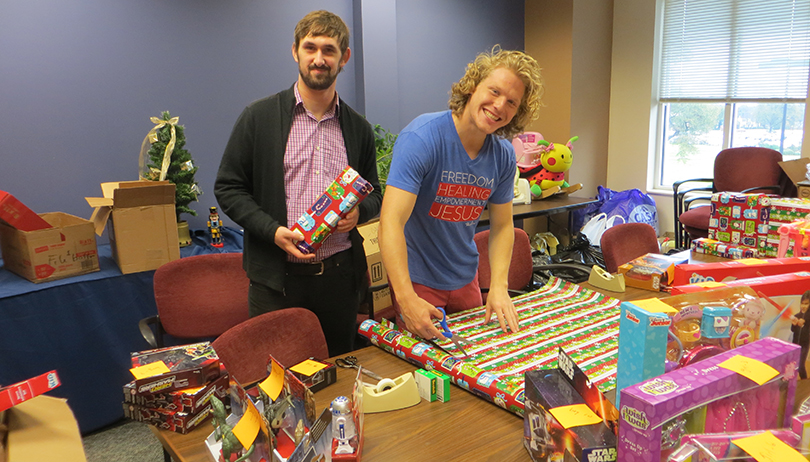 They’d like you to consider donating to the Los Amigos Hispanos Annual Holiday Collection.

Created jointly by Sandarg and Mallar, the event – which runs from Nov. 1 to Dec. 9 – gathers supplies, clothing, toys and appliances for needy Hispanic families in the Augusta area for the holidays.

For years, Sandarg and Mallar have worked with different churches across the Central Savannah River Area who have outreach to Hispanics.

Last year, they collaborated with a church in the Grovetown area. “They sent us a list of about 25 children, their gender and age, and we wrapped a new toy for each of them,” Sandarg said.

Normally, faculty, staff, students and community members donate the bulk of the collection’s new toys. Afterward, the university’s Spanish Club buys other gifts as needed. “We also donate used clothing and household appliances because the parents are often glad to get them,” Sandarg said.

Last year, Sandarg and the Spanish Club delivered three carloads of new and used items to the partner church. Later, the children and their families were invited to a church event, where the children – excited for a chance to have a Christmas of their own – opened their new (and wrapped) toys.

Donations can be dropped off in the Department of English and Foreign Languages Suite in Allgood Hall Room E227 or in the break room across the hall.