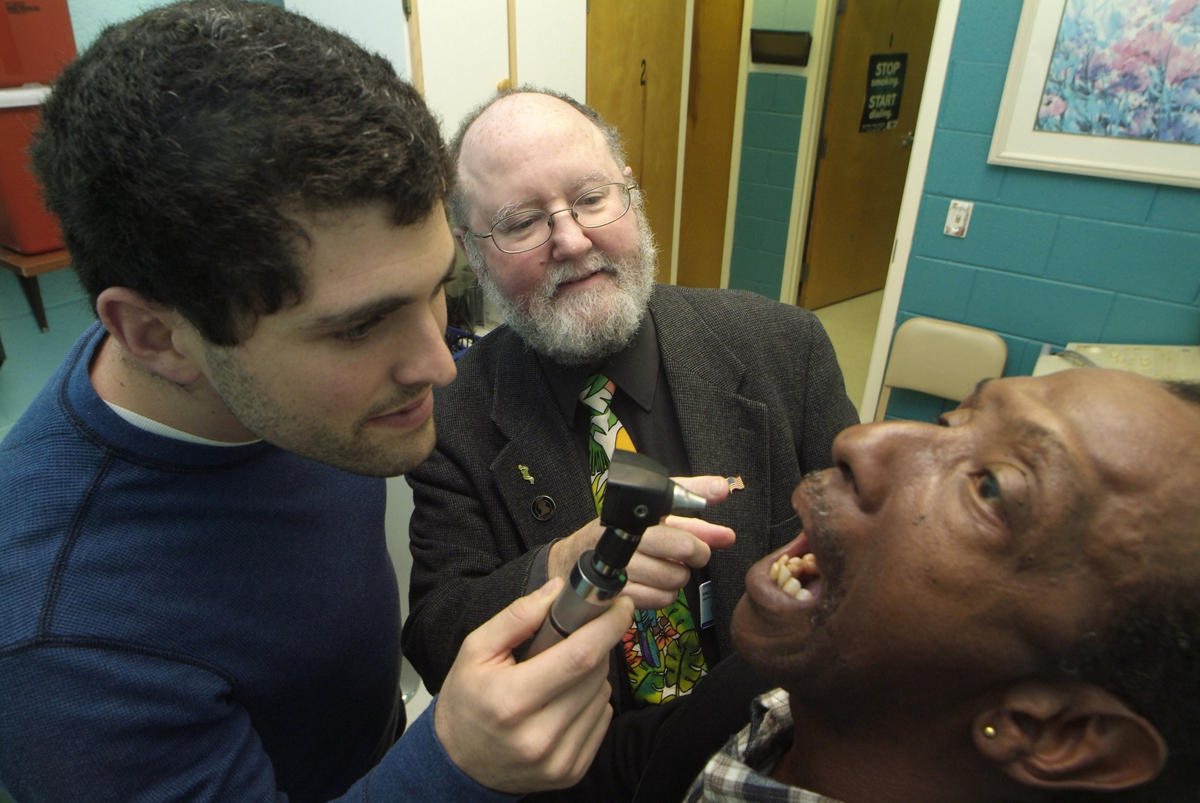 The award recognizes one physician each year for “going above and beyond the call of duty for community service,” says Dr. Joseph Hobbs, J.W. Tollison, M.D., Distinguished University Chair and chair of the MCG Department of Family Medicine. “This is truly an appropriate recognition for the many years of work in the community that has been a hallmark of Dr. LeClair’s tenure as a faculty member.”

LeClair, who joined the MCG faculty in 1992, has served a variety of roles in the department, including as co-director of its Faculty Development Fellowship, core clerkship director, director of inpatient services and supervisor of medical student-run free clinics.

“It was through his clinical teaching the he gained a love of community,” wrote Georgia Academy of Family Physicians President Dr. Chip Cowart, a 1992 MCG graduate, in his nomination letter. “He understood being involved in the community would affect positive change in people’s health. With this mindset, he has worked tirelessly as an advocate to make quality health care a priority for those without access.”

Since 1999, LeClair has been the course director for the medical school’s Vulnerable Populations (Homeless Clinic) Elective, a role that sees him advising and often coordinating several free, weekly, student-run clinics for the underserved and underinsured. “He has combined his love of teaching with his love of medicine to create health projects that serve people who are displaced and disadvantaged, as well as the underserved yet growing Asian and Hispanic populations,” Cowart also wrote.

He serves as a board member for St. Vincent de Paul Health Center/Coordinated Health Services and as a preceptor for the Women’s Health Free Clinic, which he founded in 2001 with students from the MCG student chapter of the American Medical Women’s Association. In 2014, he also helped found the Augusta Equality Clinic, which provides an LGBTQ-friendly space for those in the Augusta area who are under- or uninsured and fall below 200 percent of the federal poverty level.

A former president of the Georgia Academy of Family Physicians, he now serves as co-chair of its Legislative Committee. He earned his medical degree from the University of California, Davis, completed his family practice residency at Silas B. Hays Army Community Hospital in Fort Ord, California, and a fellowship in faculty development at Madigan Army Medical Center in Tacoma, Washington. He earned a master’s in public health from the University of Washington.