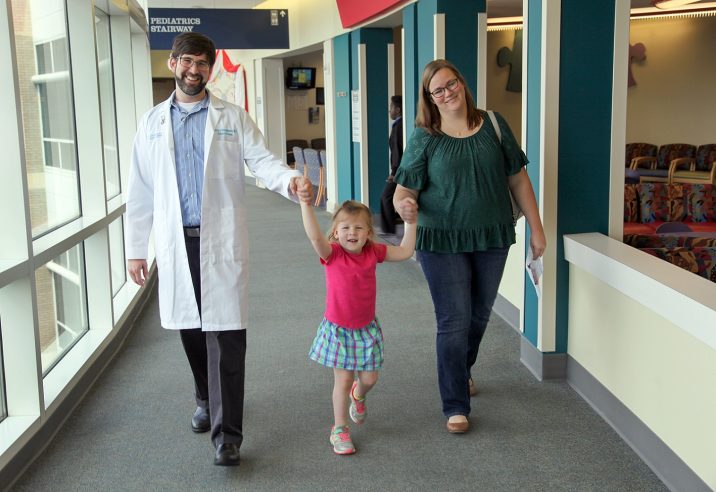 She loves to play with her sister, she loves to play with the children in her neighborhood and she has a smile that lights up a room. Her name is Abigail Guiton and at 4 years old, she has quite a story to tell. Guiton was the first pediatric patient to undergo robotic surgery at Augusta University Health.

“Abigail has just four tiny incisions on her stomach,” said Emily Guiton, Abigail’s mother. “I agreed to the robotic surgery because it seemed less invasive than the traditional surgery. Afterward, the incisions didn’t bother her and she was up playing with kids in our neighborhood a couple of days after having the procedure.”

Guiton was diagnosed with hydronephrosis even before she was born. It’s a condition called Ureteropelvic Junction Obstruction, where there’s something blocking the flow of urine out of the kidney.

While other doctors had been monitoring her since birth, Dr. Bradley A. Morganstern, chief of pediatric urology at Augusta University Health and assistant professor at the Medical College of Georgia, (or as his patients call him, “Dr. B”), discovered the blockage wasn’t improving. Therefore, Dr. B wanted to remove the blockage, and having access to the da Vinci robotic system allowed him the opportunity to do so.

“We felt going forward with the procedure was the right decision,” Guiton said. “Dr. Morganstern took the time to sit down and talk with me about my daughter’s case. He answered all of my questions and provided me as much information as he could.”

While Augusta University Health System has had the da Vinci robotic surgery system for years, it has always been used to perform procedures on adults. It wasn’t until Morgenstern joined the Children’s Hospital of Georgia team in September 2018 that using the robot on pediatric patients became an option. With the purchase of the new da Vinci XI robot, there’s even greater potential for pediatric robotic surgeries.

“There are a lot of benefits to doing certain surgeries robotically,” Morganstern said. “We’re talking about four small incisions versus one, big incision, as well as less likelihood of bleeding, faster recovery time and less complications both during and after the procedure. The addition of the XI helps get into smaller places easier, which is great advantage for pediatric patients.”

“I had another patient who had multiple abdominal surgeries,” Morganstern said. “The robot allows me the option of doing smaller incisions that won’t irritate his other surgical incisions and he is able to leave the hospital sooner.”

“I thought she would be scared of the hospital after the surgery,” Guiton said. “But, she was excited to see Dr. Morganstern when we came back to have her stent removed. It makes me happy to see that she is not scared of a hospital, because this is supposed to be a place you come to get help.” 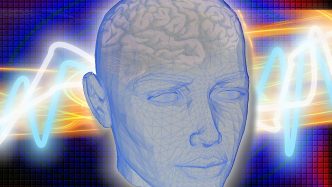 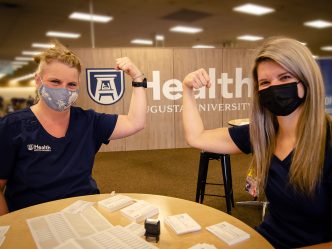 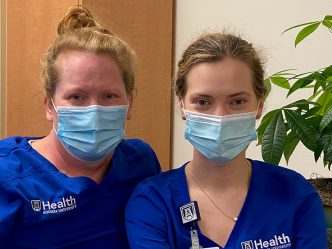