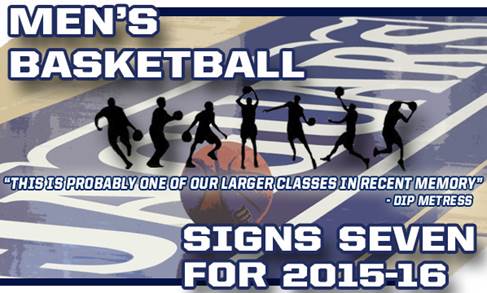 GRU Augusta head men’s basketball coach Dip Metress signed seven student-athletes for the upcoming 2015-16 season and gained six true freshman and one senior to compete for the Jaguars in the upcoming slate.

“We have an eclectic group of seven newcomers that have joined a seasoned group of veterans that will hopefully help lead us to our third straight NCAA tournament,” Head Coach Dip Metress said. “This is probably one of our larger classes in recent memory, but it is a talented group with a lot of upside. Hopefully these guys can help us add another banner to the rafters in Christenberry.”

Profiles of the seven student-athletes can be found below:

Jashawn Brooks is a local standout from Laney High School in Augusta, Ga., where he helped lead the Wildcats to a 29-2 campaign that included a region title and a third consecutive state semifinal appearance. As a senior in 2014-15, Brooks sunk 52 3-pointers in 31 games, including 11 in four state playoff contests.

Aaron Byrd averaged 22.1 points as a starting point guard at Landon High School in Bethseda, Md., in the 2014-15 season. Byrd was named an All-Met honorable mention by DC Basketball in Washington, D.C. for his senior-season efforts. He joins 15 of his fellow Landon HS seniors to sign and commit to playing college athletics in 2015-16.

Trey Maloney is a 6-6 left-handed forward from Fort Lauderdale, Fla., who aided his Dillard High School team to a 23-8 record while averaging 8.2 points per game as a senior in 2014-15. Maloney carried the Panthers to the FHSAA 5A Tournament playoffs last season and reached the Sweet 16.

Tyvez Monroe is a 6-3 wing who posted 16.5 points per game for his Edison High School team in Alexandria, Va. Monroe brought the Eagles to a 19-6 overall record and a 7-4 mark in the region in his senior season. Monroe was named first-team All-Virginia Conference 13 in 2015.

Ben Ursich is a versatile player who played for The Kilsyth and Mountain District Basketball Association Inc. (K&MDBA) in Victoria, Australia, the largest basketball association in Victoria with over 1,050 teams. Ursich brought down 15.7 points per game in 2014-15 and shot 47 percent from the field and 42 percent from three-point land.

Deane Williams will also travel overseas to play for the Jaguars in 2015-16. Williams played for the Bristol Academy Flyers Basketball Club in Bristol, England. The 6-7 forward averaged 12.3 rebounds per game last season and is currently playing for the English U20 National Team in the Euro World Championships.

Tommy Williams graduated from Richmond Academy in Augusta, Ga., where he made a state semifinal appearance in 2011. After starting his college career at East Georgia State College and most recently at East Tennessee State University, Williams will return home and conclude his career in Augusta for his senior year. Williams will look to make an early impact in the front court. 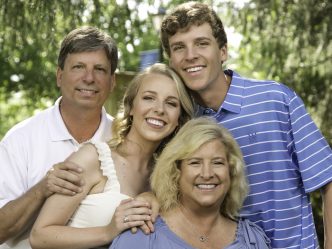 Thurman family to celebrate Augusta University graduation with their own ceremony