Is ovarian cancer relative to you? Ask your mom. 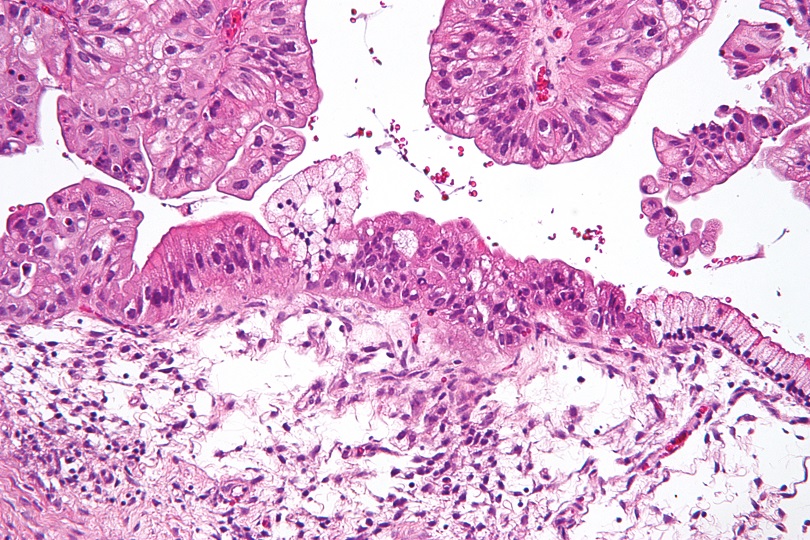 If you’ve ever had ovarian cancer, you should tell the other women in your family to get genetic testing done.

“A significant number of ovarian cancer cases are due to cell mutations found throughout a family’s genetic code,” said Dr. Sharad Ghamande, associate director of clinical research at the Georgia Cancer Center and Medical College of Georgia at Augusta University. “I know it’s hard to talk about cancer around the dinner table or at birthday celebrations, but by doing so you can save a life.”

Of the 22,000 women who are expected to be diagnosed with ovarian cancer in 2018, less than 40 percent will survive, according to the National Cancer Institute (NCI).

“A woman’s lifetime risk of developing ovarian cancer is approximately 1 in 78,” said Angela Brickle, genetics counselor at the Georgia Cancer Center. “Among all cases of ovarian cancer, 10 to 20 percent are due to inherited genetic changes.”

“The majority of the patients we treat have an advanced stage of ovarian cancer,” Ghamande said. “These patients have had red flags, but no one asked the right questions or had the tough conversations about their risk for ovarian cancer.”

In a genetic counseling session, personal and family history information is gathered and education is provided regarding hereditary cancer and genetic testing options. A simple blood draw or saliva sample is then collected and sent to a reputable laboratory for testing.

“Genetic counseling is essential both before and after the testing process to promote understanding of the benefits and limitations to testing in addition to gaining an accurate interpretation of results,” Brickle said. “If an individual is discovered to carry an inherited gene mutation, they receive continued support, recommendations for care, and helpful resources.”

“Once you are diagnosed with ovarian cancer, you need to follow-up with a genetic counselor to get tested,” Ghamande said. “Then, you need to become an advocate for the rest of the women in your family and recommend they get tested because it can be a preventable disease!”