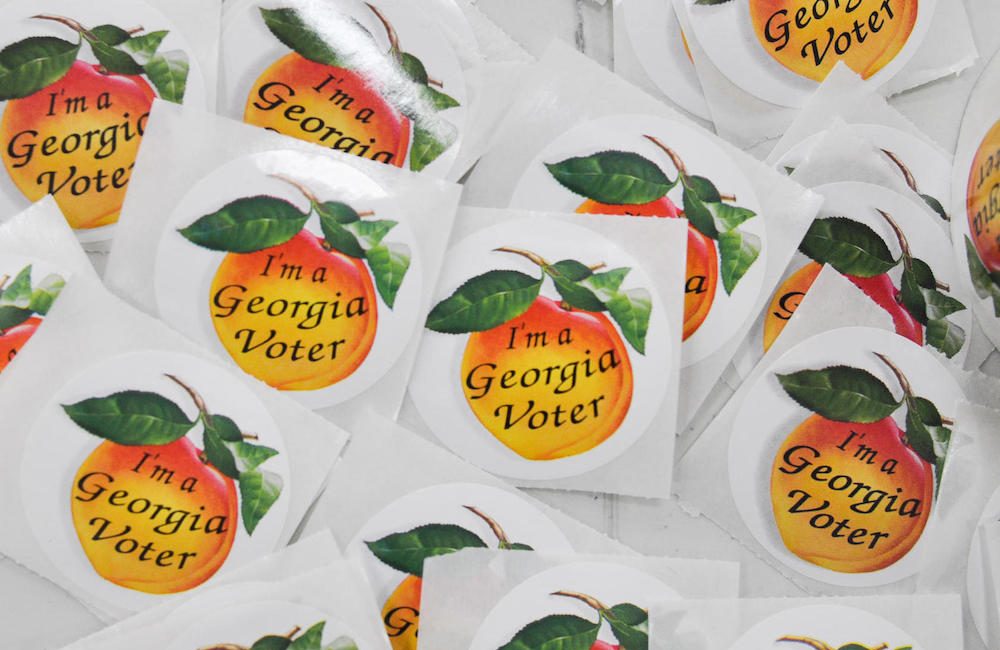 Inside an election: Expert to discuss 2020 election challenges during Town & Gown event

When voters cast their ballots across this country to participate in the Nov. 3 election this year, their vote — much like many of the events of 2020 — will be like no other.

While political pundits are describing the 2020 election as one of the most pivotal elections in decades, the challenges facing this year’s vote are extraordinary.

From addressing ways that Americans can vote safely during this coronavirus pandemic to tackling concerns over mail-in voting, local election administrators around this nation have been forced to make swift and substantial adjustments to their operations to prepare for the surge in absentee voting and provide voters with sufficient space at the polls for social distancing.

But according to Dr. Kathleen Hale, a professor of political science and director of the Election Administration Initiative at Auburn University, election managers across the United States are highly trained professionals focused on maintaining election systems and providing registered voters easy access to casting their ballots.

“The true story is that certainly over the last decade, and increasingly ever since 2016, election jurisdictions around the country have made a phenomenal effort to make the voter experience easier,” Hale said. “And the truth is, voting by mail, which in most places is simply called absentee voting, has been around since the Civil War. We also have early voting and, in some places, it’s more than a week of early voting that includes non-traditional hours and weekend days. Then, of course, we have voting in person on Election Day.

“So, there are lots of easy ways to cast a ballot. I think the attention focused on the mechanics of the process has been both good and bad for our country.”

From 6-8 p.m. Oct. 12, Hale will be the keynote speaker for the “Town & Gown” bi-annual series sponsored by the Master of Public Administration program at Augusta University.

“The Department of Social Science and our Master of Public Administration program are excited to host Dr. Kathleen Hale to talk about elections administration,” said Dr. William Hatcher, professor and interim chair of the Department of Social Sciences at Augusta University. “Dr. Hale is an internationally recognized expert on this important topic, and given that we’re in a presidential election year, her discussion will be relevant to all majors at Augusta University and even faculty, staff, and the community.”

Hale is the author of the award-winning book, “How Information Matters: Networks and Public Policy Innovation,” published by Georgetown University Press in 2011. Her research examines how intergovernmental systems enhance public capacity.

“Focusing on the mechanics of the voting process is good because it shows the truth that it is a complicated process that needs resources in order to function well,” Hale said. “But the bad part of it is, that by making something seem complicated, we may be discouraging people. For example, why is it so challenging for us to accept the idea that casting a ballot is at least as complicated as depositing a check? Or ordering something on Amazon?”

Both of those simple actions demand detailed systems in place to perform accurately, Hale said.

“Nobody thinks that ordering something online from Amazon is complicated, and yet there is a whole back end there that we don’t think we need to understand, and we aren’t concerned about it,” she said. “But by opening the lid on the box here when it comes to voting and seeing that there are details inside that we need to pay attention to, it can be overwhelming.”

“Election jurisdictions are sophisticated, logistical operations,” Hale said. “And these elections are not one-day events. They are 365-day operations a year. The lead time to acquire the resources needed to organize them and mobilize them is substantial, particularly when you try to match that up against state and local budget cycles. And so, within those constraints, the story is a good government story.”

Despite growing skepticism around the country about the efficiency of election offices, Hale said the local jurisdictions are generally operating effectively.

“Local election officials are performing exceptionally well in a resource-starved system under incredibly challenging conditions with cybersecurity concerns that started in the last presidential election cycle, and now with the pandemic,” Hale said, adding that it is discouraging for those in election administration to hear some citizens describe the voting process as “illegitimate.”

“Now, we have to combat the narrative that the system is fundamentally corrupt, which simply is not true.”

Elections have been held during a variety of struggles and tragedies throughout the history of the United States, she said.

“This is a system that has been performing exceptionally well under exceptional circumstances for a long time,” she said. “If you recall, 9/11 was Election Day in New York City. We’ve had to deal with wildfires out West, Hurricane Katrina, Hurricane Michael, Superstorm Sandy and tornadoes across the Midwest. There are any number of unexpected events that occur, and election officials are experts. They have plans and they work those plans in order to hold an election.”

Hale’s most recent book, “How We Vote: Innovations in American Elections,” was written with her colleague, Mitchell Brown, and published by Georgetown University Press earlier this year. It examines conditions that foster and constrain innovation in the election administration environment.

“From the research that I’ve done with a colleague here at Auburn, Mitchell Brown, we looked at the share of a county budget that was spent on elections,” Hale said, explaining that the professors reviewed what percentage of the county’s administrative budget went to fund the election office. “The election office share was 0.5%.”

Therefore, less than 1% of the budget was spent on ensuring the efficiency of elections, she said.

“We get the democracy that we pay for and, clearly, we’re not spending a lot of money,” Hale said, adding that election offices need more resources. “I mean, they need money for general operations and money for training and for professional development, so that the people in these jobs can continue to improve their skills in meeting the challenges of things like cybersecurity and natural disasters.”

Regardless of some of the criticism voters hear about the voting process in the United States, Hale hopes students and faculty at Augusta University who participate in her lecture on Oct. 12 realize the importance of their vote and election administration across the country.

“If the Florida election in 2000 and the 2016 presidential election taught us anything, it is that absolutely your vote counts,” Hale said. “More people voting means that we have more information about what the public preferences about any of the candidates or issues actually are. Voters are contributing to the collective opinion. But you have to actually go vote.”

The fall “Town & Gown” series featuring Dr. Kathleen Hale and sponsored by the Master of Public Administration program at Augusta University will be a virtual event via Microsoft Teams. Please RSVP to the event at mpa_program@augusta.edu.

Written by Stacey Eidson
‘I love being a part of their journey’: JagNation’s Dr. Patrice Jackson here to help students
FacebookTwitterPinterestWhatsApp
Do your part to stay JagSafe in and around campus