In Their Own Words: Ryan Crislip 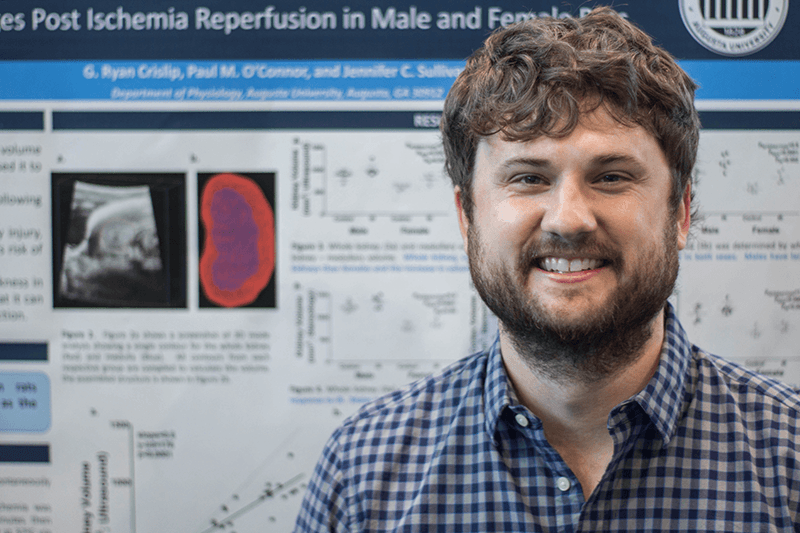 Ultrasound as an alternative to invasive methods

“All started because I do a lot of studies with Ischemia Reperfusion (IR), especially within kidneys, and during this injury process, the kidney swells and increases in volume. I was also, at the time, looking at the cells in the kidney’s medulla and trying to factor in the original volume of the kidney. As I was working a lot with kidney’s volume, I started thinking of ways to measure it different than the traditional one, called stereology. Stereology is basically to take the kidney, slice it in little pieces and then calculate the volume. So, I decided to use ultrasound imaging, which is much less intrusive, and compare both. What I saw was a strong correlation between the two, so I figured out that ultrasound is an effective way to measure region volumes of the kidney. This may help in future studies, because ultrasound is a noninvasive surgery that can be repeated all the time. Since it’s an effective method, it might be used instead of different ways we have to extract the kidney and calculate its volume, for example. It’s hard to think that nobody has ever thought about it, but you’re right, I’ve never found it in paper before.”

Written by Staff
Organizational changes announced for the Division of Communications and Marketing
FacebookTwitterPinterestWhatsApp
In Their Own Words: Paul Tran