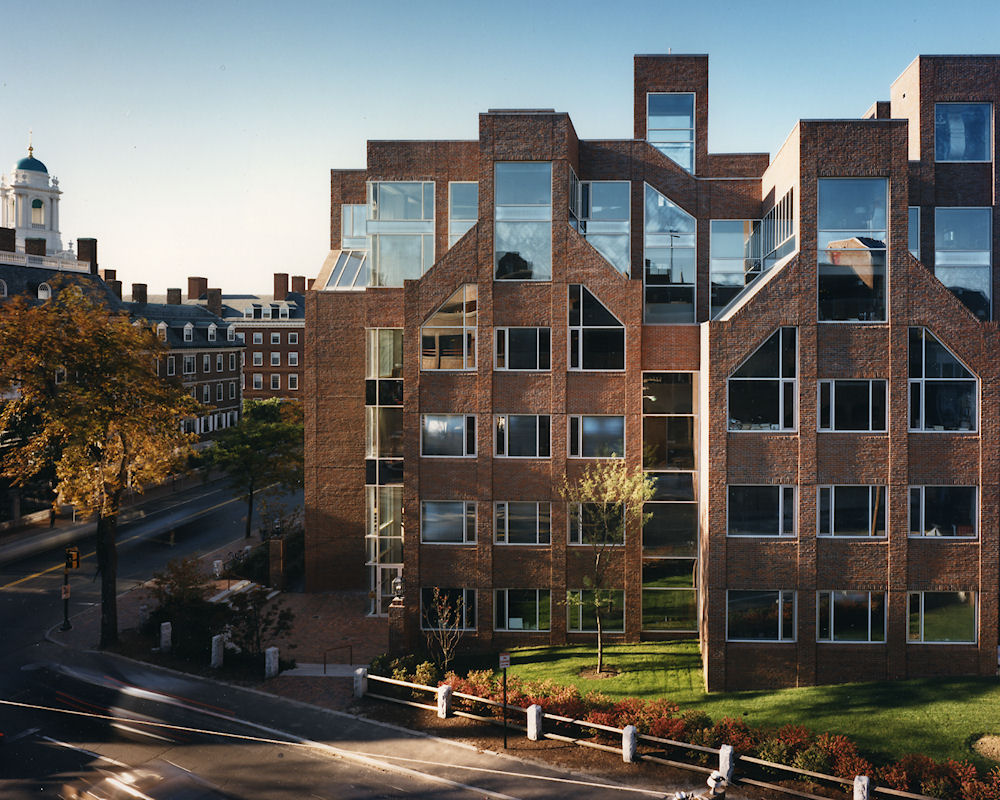 Improvement should be the goal of every academic. There is no pillar of knowledge too insurmountable, no feat of prestige too unimaginable, to be improved upon.

Recently, Dr. Rick Kenney, chair of the Department of Communications, was invited to the Shorenstein Center on Media, Politics and Public Policy – today’s Media Mecca – to host a pair of hands-on writing workshops designed to teach students how best to represent themselves, both in arguments and in print.

The theme of his visit? Constant improvement.

While the workshops, “Say What You Mean: Clarity and the Critical Standpoint in Your Writing” and “Your Best Editor: YOU,” were well-received by students, we were curious about the transition from teaching at our Harvard on the Hill to guest lecturing at the oldest university in America.

“It was fun,” Kenney said, sporting a sheepish grin. “But it was also a lot of pressure because, well, it’s Harvard.”

It’s not the sort of response you might expect from an American academic, but that signature modesty is Kenney’s strong suit.

An Ethics Fellow of the Poynter Institute since 2003, Kenney has been teaching up-and-coming journalists for nearly two decades. When taking his journalism career into account, that experience extends even farther. But you’d never guess it just from talking to him.

Kenney doesn’t affect the prideful, “hard-boiled” persona associated with most old-school reporters. In fact, at first glance, his relaxed style and level voice portray him as more of a friendly mentor than a stoic newsman.

But at Harvard, first glances matter half as much as what – and who – you know.

Prior to guest teaching, Kenney said he had spoken to Jeffery Seglin, director of the Writing Program in Communications at the Harvard Kennedy School, only on occasion. He said Seglin knew of his work with the National Security Agency, part of GRU’s continuing cybersecurity education effort, and had asked him to send a few ideas about what he was teaching. At the time, Kenney said it seemed like professional curiosity.

As it happens, though, some of the students at the Shorenstein Center were doing the same kind of policy and analysis writing that GRU’s NSA clients do.

“And they’re always looking to improve,” Kenney added, harping on that most laudable trait. “Everyone should be.”

Given that information, then, the next course of action seemed fairly obvious. Obvious to everyone except Kenney, that is.

“I didn’t know at the time it would lead to an invitation,” he said. “I was very surprised.”

Surprise aside, though, Kenney wasted very little time getting to the point with his colleagues in Cambridge.

His first workshop, “Say What You Mean,” focused on teaching students to do just that – develop a voice and convey messages as clearly and effectively as possible.

“It was very much a hands-on interactive workshop,” Kenney said. “While I was lecturing and showing [students] what I think are best practices, at the same time, they’re working with handouts and real examples of writing.”

One of those examples was Gene Patterson’s famous 1963 editorial, “A Flower for the Graves,” written in response to the 16th Street Baptist Church bombing in Birmingham, Alabama, which claimed the lives of four young girls.

“To me, it’s still the most powerful editorial I’ve come across,” Kenney said.

And it’s a sentiment shared by many.

“A Negro mother wept in the street Sunday morning in front of a Baptist Church in Birmingham. In her hand she held a shoe, one shoe, from the foot of her dead child. We hold that shoe with her.”

From that pulpit, Patterson continues to drive home his point.

Kenney said he and the students honed in on the fact that from the beginning, Patterson forces the reader’s hand.

“He wrote it from the ‘we’ perspective,” he said. “’We did this’, ‘we hold this responsibility,’ – so he was holding the responsibility himself; he wasn’t shirking what he, as a lifelong Southerner, thought he had to deal with. It was important for students to see techniques like that used firsthand.”

Another editorial, “Where to Bury a Dog,” by Ben Hur Lampman, showed students how subtly emotion could be worked into a piece.

“That one brought quite a few people to tears,” Kenney said. “We all have that kind of emotional connection to pets – it hits much closer to home for a lot of people than the deaths of others, as sad as that is.”

Kenney’s other workshop, a hands-on self-editing session, was less emotional perhaps, but certainly no less engaging, he said.

“It was unbelievable,” Kenney said. “I’ve never taught anywhere where all eyes were on me and the material. Every single person was paying attention to what I had to say about editing themselves.”

“They changed their posters,” he said, smiling and shaking his head. “Before I got there, they had somehow seen it on Twitter or somewhere online, so they changed all of the presentation posters to say Augusta University.”

Chuckling, he added, “So, at Harvard, at least in that venue, they know the name Augusta University.”

That message is perhaps the most important take away from Kenney’s guest teaching experience. It’s also a message Kenney said he’s been trying to get across to fellow academics from the start.

“When I lectured this past summer in Japan, and before that, when I presented at a conference in Puerto Rico,” he said, nodding, “when any of us bring our work to national and international levels, we’re really raising the profile of this institution.”

Kenney said he recognizes the contributions of Pamplin College and its dean, Dr. Charles Clark, and is thankful for the continuing support of Provost Gretchen Caughman and Dr. Carol Rychly, vice president for academic and faculty affairs, to his academic mission. That said, also he stressed the importance of that mission being supported – and encouraged – at the highest levels of institutional governance for all faculty in the future.

Flashing his characteristically unassuming smile, he added, “I think the unwritten but explicit idea is that this will make the world a better place someday.”

Kenney said he will continue to make it his mission to share information as best he can, wherever he can, moving forward. How that will shape the world, only time will tell. But because of that resolve, today, the lives and careers of a few dozen students in Massachusetts have already been greatly bettered, and in one of the most prestigious halls of learning in all the world, the name Augusta University is fresh on the lips of future leaders and truth seekers alike.

Even for someone as talented and modest as Rick Kenney, that’s going to be one feat that’s hard to improve upon.