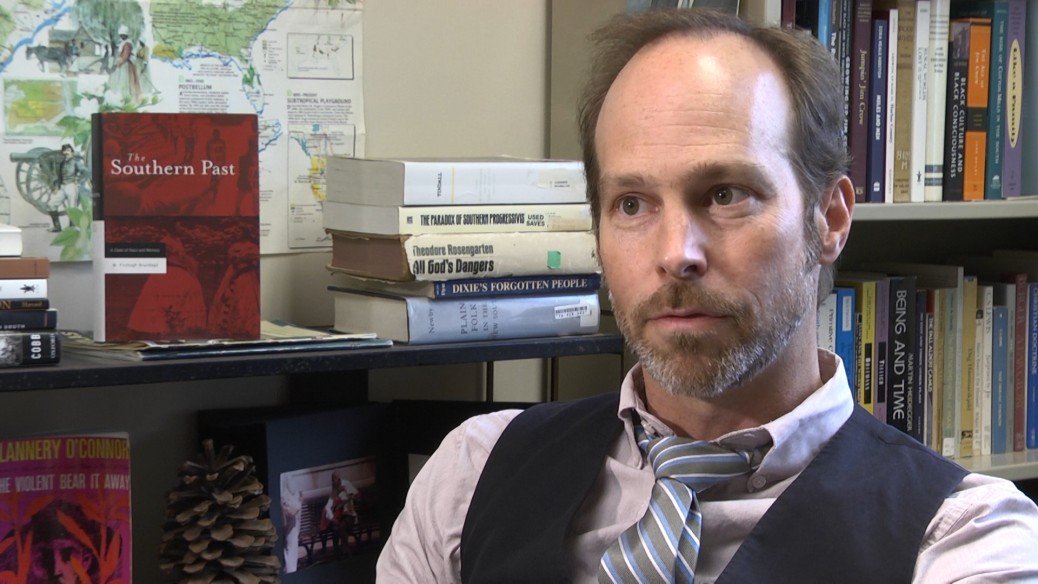 In July, when we were still Georgia Regents University, the South Carolina legislature sparked a national discussion about the Confederate flag when it debated proposals to remove it from Statehouse grounds. For perspective, we talked to Dr. John Hayes, an assistant professor of History…

Dr. John Hayes, an assistant professor of History at Georgia Regents University, teaches courses on the American South. In a new video, he discusses history’s role in the current controversy.

“The removal of the flag from Statehouse grounds in South Carolina would be symbolically very powerful,” Hayes said. “It’s a way of saying we’re coming to terms with a certain commemoration of the past that spoke for only half – maybe not even half – of the people of South Carolina and, as we confront that commemoration, this has no place going forward. Does that mean South Carolina has all of a sudden turned a corner and become a radically different state? By no means. But I think it’s an important small step in charting a better future, a future that includes all South Carolinians rather than only some.”

A rising scholar in Southern history, Hayes’ research focuses on religion in the late 19th and 20th century South. He has published chapters in edited collections, including Big River: Johnny Cash and the Currents of History; The Christ-Haunted South: Contextualizing Flannery O’Connor, and journal articles, such as The Evangelical Ethos and the Spirit of Capitalism; Recovering the Class-Conscious New South; From Christ-Haunted Region to Anomic Anyplace. 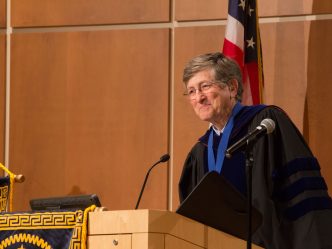 Celebration of life planned for Dr. William A. Bloodworth Jr.

Written by Kelly Jasper
The Kawa Model: How the flow of a river changed occupational therapy
FacebookTwitterPinterestWhatsApp
Jagwire Rewind: The most popular stories of 2015