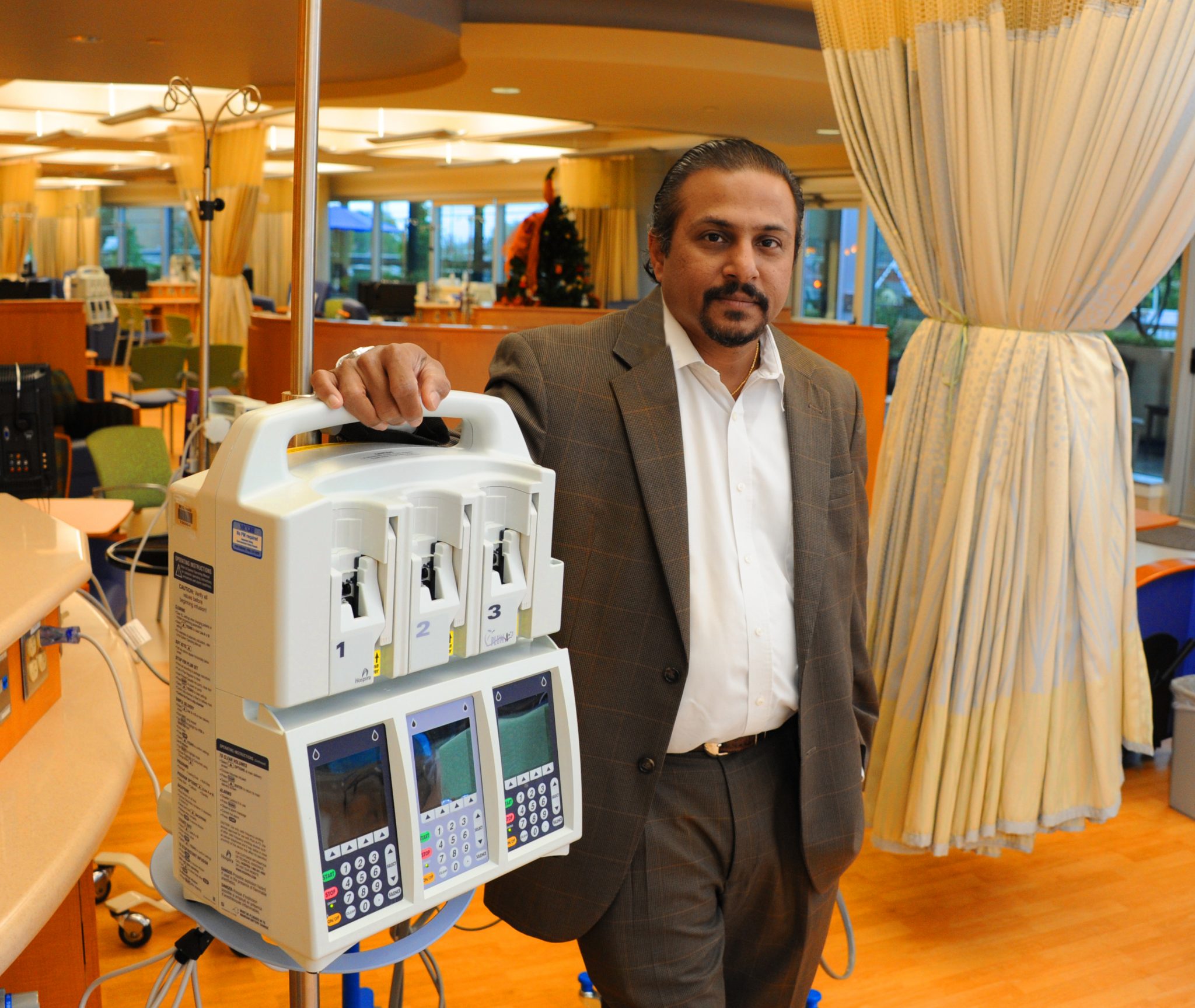 Dr. Sharad Ghamande, chief of the Section of Gynecologic Oncology at the Medical College of Georgia at Augusta University, has been named executive vice chair of the MCG Department of Obstetrics and Gynecology.

Ghamande, who also is associate director for clinical research and trials and the Georgia Cancer Center at AU, will oversee clinical and educational affairs in the department. He will continue to serve as section chief.

“Dr. Ghamande is an award-winning clinician and educator with an outstanding reputation in our community,” said Dr. Michael Diamond, department chair and William H. Brooks, MD, Distinguished Chair of Obstetrics and Gynecology.  “He is a proven administrative leader who excels in research and service at the local, regional and national levels.”

Ghamande is the principal investigator for the Georgia Cancer Center’s five-year grant from the National Cancer Institute to lead the state’s only cancer research program focused on better access to clinical trials and cancer treatments for minority and underserved patients. The NCI Community Oncology Research Program – Minority Underserved Sites (NCORP-MU) program helps physicians at the cancer center partner with other institutions around the state to increase awareness of, and participation in, NCI-sponsored clinical trials and cancer care delivery research, particularly among minority and underserved populations.

As the only site of its kind in Georgia, and one of just 12 selected nationally, the Georgia Cancer Center–led consortium contributes to the design, conduct and translation of the national NCORP research agenda. The consortium, along with community partners, also helps set priorities for community-based cancer research and works to address the historic barriers that have stood in the way of minority and underserved patients participating in clinical trials and other important cancer research.

Ghamande, along with Dr. Bunja Rungruang, assistant professor in the Section of Gynecologic Oncology, helped establish the state’s first gynecologic oncology fellowship program to train the physicians who diagnose and treat the cancers that affect 91,000 and kill 30,000 women each year in the United States alone.

He is a member of the NCI’s Disparity Working Group of Clinical Trials, the NCORP representative on the NCI National Committee for Improving Clinical Trials Accrual and Georgia’s legislation action representative for the Society for Gynecologic Oncology. He is a member of the Phase I and Cervix Committees for the National Cancer Institute’s NRG Group. He has been consistently named among America’s Top Doctors for Cancer® and Best Doctors in America.®

Ghamande is a board member of the Georgia Society of Clinical Oncologists (GASCO) and the Georgia Center for Oncology Research and Education (CORE).

He earned his medical degree from India’s Bombay University and completed his obstetrics and gynecology residency at Boston Medical Center and Boston University and his gynecologic oncology fellowship at Roswell Park Cancer Institute in Buffalo, New York.