For many undocumented students in Georgia, the ability to receive a higher education may feel unobtainable.

Here in the Peach State, undocumented and Deferred Action for Childhood Arrivals (DACA) students are banned from attending three of the state’s publicly funded universities – the University of Georgia, Georgia Institute of Technology and Georgia College and State University – and they cannot qualify to receive in-state tuition at the public colleges in Georgia.

“It’s a real struggle,” said Dr. Allison Foley, director of the Center for Social Science Research and an associate professor in the Department of Social Sciences at Augusta University. “They are able to enroll and take classes and get degrees from other universities that are part of the University System of Georgia. But they have to pay international student tuition, so that’s just a barrier because it is considerably more expensive.

“And they are trying to find ways to get scholarships, but they are not always eligible given the fact that they aren’t U.S. citizens, but they are protected under the DACA program.”

To help bring awareness to some of the struggles undocumented students face in Georgia, the Center for Social Science Research will be screening an award-winning, feature-length documentary called The Unafraid, by directors Anayansi Prado and Heather Courtney on Monday, Sept. 9, at the Jaguar Student Activities Center.

In the documentary, the filmmakers follow three DACA students in Georgia named Alejandro, Silvia and Aldo over a four-year period, filming the obstacles they face trying to get a college education.

“The film shows the DACA students doing some activist work as well as trying to change the policies that create these challenges and barriers for them,” Foley said, explaining that the Georgia Board of Regents passed the admissions ban against undocumented students in 2010. “In the film, we see them at a protest at the University of Georgia, and they also introduce us to an organization called Freedom University.”

Freedom University is a school based in Atlanta that provides undocumented students with rigorous college preparation classes, as well as college and scholarship application assistance, she said.

Immediately following the screening of The Unafraid, one of the directors, Prado, will answer questions from the audience at Augusta University.

Foley was also pleased to learn that one of the students featured in the film, Silvia, will also attend the discussion.

In the film, Silvia, who was 17 years old when the filming of the documentary began, lives with her parents and extended family while working at a fast-food restaurant and trying to take care of her younger sisters.

But her dream is to attend college in Georgia. The documentary follows her fight to achieve that goal.

“I’ve been really lucky. I got an education. I graduated high school. I spoke the language,” Silvia states in the film. “I’ve never had any obstacles. Until now that I want to go to college, and I can’t pursue that.”

Having both Silvia and Prado at the screening and included in a 3:30 p.m. discussion Sept. 9 at the Jaguar Student Activities Center Coffeehouse called “Pathways to Citizenship” will be an eye-opening experience for students and faculty, Foley said.

“They, along with others on the Pathways to Citizenship panel, will share their stories of how they came to the United States and what the process was like to either become a permanent resident or a citizen, or in Silvia’s case, not become a citizen,” Foley said.

Also, Foley has arranged for a presentation by Dr. Diya Abdo, an associate professor of English at Guilford College in Greensboro, North Carolina, and the director of an organization called Every Campus a Refuge.

“Dr. Abdo was born and raised in Jordan, but her family is Palestinian,” Foley said. “However, they were Palestinian refugees who left and went to Jordan, so that experience influenced her upbringing in a fundamental way. As a result, she created this organization to work with universities to engage the campus communities in helping with refugee resettlement in larger towns or cities.”

“It’s been pretty remarkable to me during the last 12 years that I have been here at this university to see how many of my colleagues were born in another country. It has also been really insightful – and discouraging, too, at times – to hear about all the bureaucracy that is associated with them getting residency and/or citizenship,” Foley said. “It is a really lengthy process and it is stressful. And these are people who came here legally, and they are doing everything legally that is required of them; and it is still really challenging.”

While the film screening of The Unafraid at 11:30 a.m. Sept. 9  is already fully booked, Foley encouraged those interested in the topic to attend the Every Campus a Refuge discussion at 2:30 p.m. and the Pathway to Citizenship Panel at 3:30 p.m. at the JSAC Coffeehouse.

“We want to encourage faculty and students to start incorporating these kinds of issues and policies pertaining to immigration into their ongoing research agendas,” Foley said. “In fact, we at the Center for Social Science Research have an immigration studies research program, and we have an endowment to give money to study immigration, but we don’t have a ton of people who are actively doing that kind of work.

“So hopefully, we’ll spark some curiosity and provide some motivation to folks to be more inclusive and get involved in this area.” 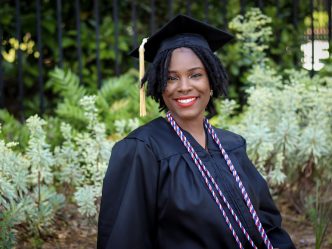