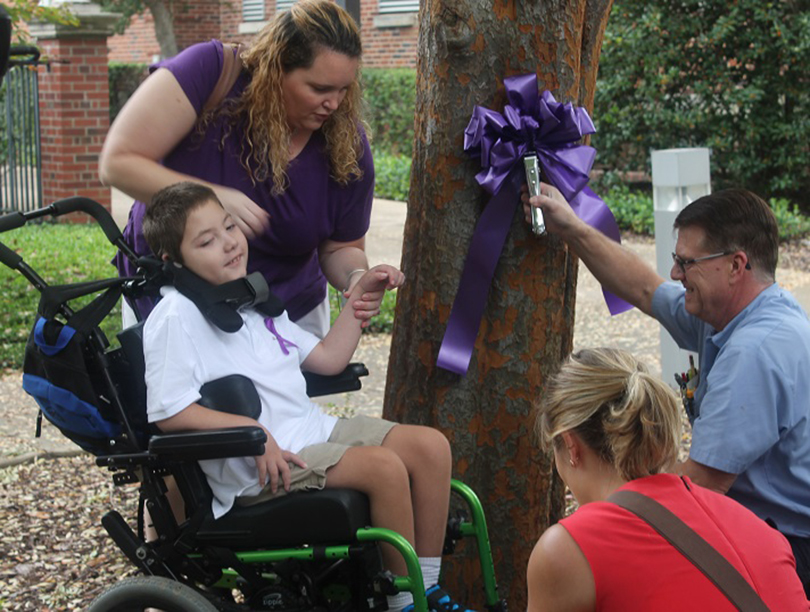 Augusta University’s health system has completed the rigorous standards defined by the National Association of Epilepsy Centers in order to retain level 4 status – the highest accreditation possible – for its comprehensive adult and pediatric epilepsy program.

This signifies that Augusta University provides patients with the latest and most successful medical and surgical epilepsy treatments available, according to the NAEC, including access to clinical trials that study new therapies and treatments. A recent example is the ongoing Augusta University study of pharmaceutical grade cannibidiol – a specific part of the marijuana plant – to see if the drug has the potential to help children with intractable seizures.

“Innovative research is one of many advantages that our level 4 epilepsy center has to offer patients,” said Dr. Yong Park, epilepsy program director and principal investigator in the CBD trials. “The goal of epilepsy treatment is no seizures, because seizures affect so many aspects of a patient’s physical, mental and social wellbeing. Achieving and maintaining this high level of accreditation demonstrates our university’s commitment to giving each patient the highest quality of life possible, despite this illness.”

Epilepsy is a chronic condition characterized by unexpected electrical discharges in the brain. Although most people think these seizures are full-body convulsions, they can also be brief muscle jerks or unconscious behaviors like picking at clothing or what appears to be a lapse of attention. The frequency of seizures varies greatly, from once in a while to hundreds per day. Medication can control seizures in most people with epilepsy, but for about 30 percent of patients, medications are either ineffective or intolerable. In some cases, brain surgery could provide an improvement.

The university’s comprehensive epilepsy program has been recognized as a national referral center since 1977. The Level 4 program offers a complete evaluation for epilepsy surgery and provides a broad range of surgical procedures, including removal of the area of the brain producing seizures, resection, interrupting nerve pathways, and implanting treatment devices. Augusta University neurosurgeons have performed nearly 1,200 epilepsy-related surgeries over the past 40 years.

Currently, there are more than 2 million people living with epilepsy in the U.S. – more than those living with autism spectrum disorders, Parkinson’s disease, multiple sclerosis and cerebral palsy combined, according to the Epilepsy Foundation of America.