With the midterm elections right around the corner, Augusta University experts are available to comment on issues relating to the confirmation of Brett Kavanaugh to the Supreme Court, cybersecurity and election meddling, the importance of ballot design, neuropolitics, and physical bias against female candidates.

Story Idea: How Brett Kavanaugh’s nomination and confirmation process can affect public opinion of the judiciary and the Supreme Court.

Bio: Ginn is a professor of political science and public administration in the Department of Social Sciences. Her research interests include judicial decision-making, public opinion of the judiciary, media coverage of elections and the role of terrorism in voter turnout. Ginn teaches courses on the judicial process, constitutional law, administrative law, mock trial and American government. She also serves as the internship coordinator and pre-law advisor for the Department of Social Sciences.

Story Idea: Why “brain hacking,” or neurocognitive hacking, is the next big threat to election security.

Bio: Heslen, an assistant professor of political science and cybersecurity policy, worked for more than 20 years in the U.S. Intelligence Community serving with both the Defense Intelligence Agency and the U.S. Air Force. He now holds a joint appointment in Katherine Reese Pamplin College of Arts, Humanities, and Social Sciences and the School of Computer and Cyber Sciences.

Story Idea: How Russia has used fake experts to meddle into U.S. elections.

Bio: Albert is the director of the Master of Arts in Intelligence and Security Studies and an associate professor of political science at Augusta University. His research interests include ethnic conflict and terrorism, Russian politics, the politics of cybersecurity and intelligence and political science education. He teaches courses on American politics, security studies and political philosophy, as well as topics of special interest, including zombies and international relations, hip hop and politics, and James Bond and terrorism.

Story Idea: How investing in three areas of cybersecurity can increase confidence in state voting systems.

Bio: Schwarzmann, dean of the School of Computer and Cyber Sciences, provided technological expertise to the state of Connecticut in cybersecurity and integrity of electronic election systems and led state-wide technological audits of voting systems. He is a nationally-recognized expert in voting technology cybersecurity and distributed systems. His own research programs have been supported by numerous grants totaling over $8.5 million from the National Science Foundation, including NSF Career Award, Air Force Office of Sponsored Research, State of Connecticut, NSF-NATO, and U.S. Election Assistance Commission and other agencies.

Story Idea: How poorly-designed paper ballots can unintentionally affect the results of an election.

Bio: Thorp, chair of the Department of Art and Design and associate vice president for interdisciplinary research, has worked for more than a decade as an exhibiting artist. Before joining Augusta University, he was a professor and design coordinator at the Savannah College of Art and Design.

Story Ideas: How physical attractiveness may play a major role in women’s political bids; how past political experience only helps male political candidates running for office.

Bio: Lizotte, an assistant professor of political science, studies the origins and implications of gender differences in public opinion and political behavior. She has also published research on the gender gap in voting, political knowledge and party identification. Her work also includes voter evaluations of female political candidates including the effect of past political experience and physical attractiveness.

Story Idea: What neuroscience can tell us about people’s voting behavior. 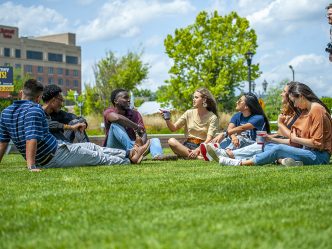 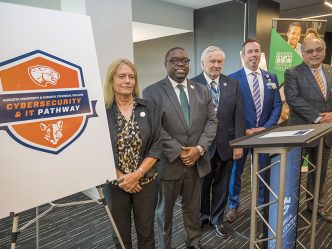