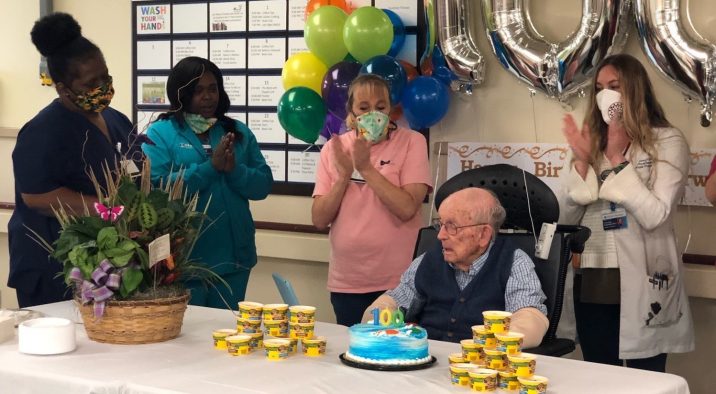 “He wanted to do his part in the war but he was colorblind, so he went to the Merchant Marine,” explained his daughter, Michele Erwin.

Michele has been his caregiver for the past 10 years but when he had a bad fall in June, “I came to the realization that I am not strong enough anymore — it was time for him to go where he had better help.”

With his birthday approaching, it seemed clear that Michele would not be able to join her father to celebrate due to the nursing home being closed to visitors as a result of COVID-19.

However, the “Blue Goose” had a party planned for him just the same. He was still able to celebrate his 100th birthday on May 2, with his daughter speaking with him over Zoom.

“It was better than anything we could have done at home,” Michele said. “They did it up right for him. We are so proud. They had cake, ice cream and balloons, and he was the center of attention. He loves attention. He likes to be doted on, and he knew we were there Zooming with him. It was just a great day.”

Now that Henry was able to get a proper party to celebrate a century of life, Michele is next looking forward to seeing him again, once visitors are allowed back to the nursing home.

“I can’t wait. I am extra self-isolating just to make sure I am well the day I get to see my daddy.” 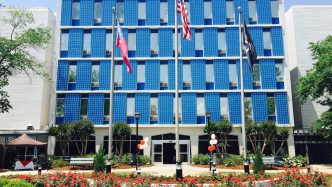