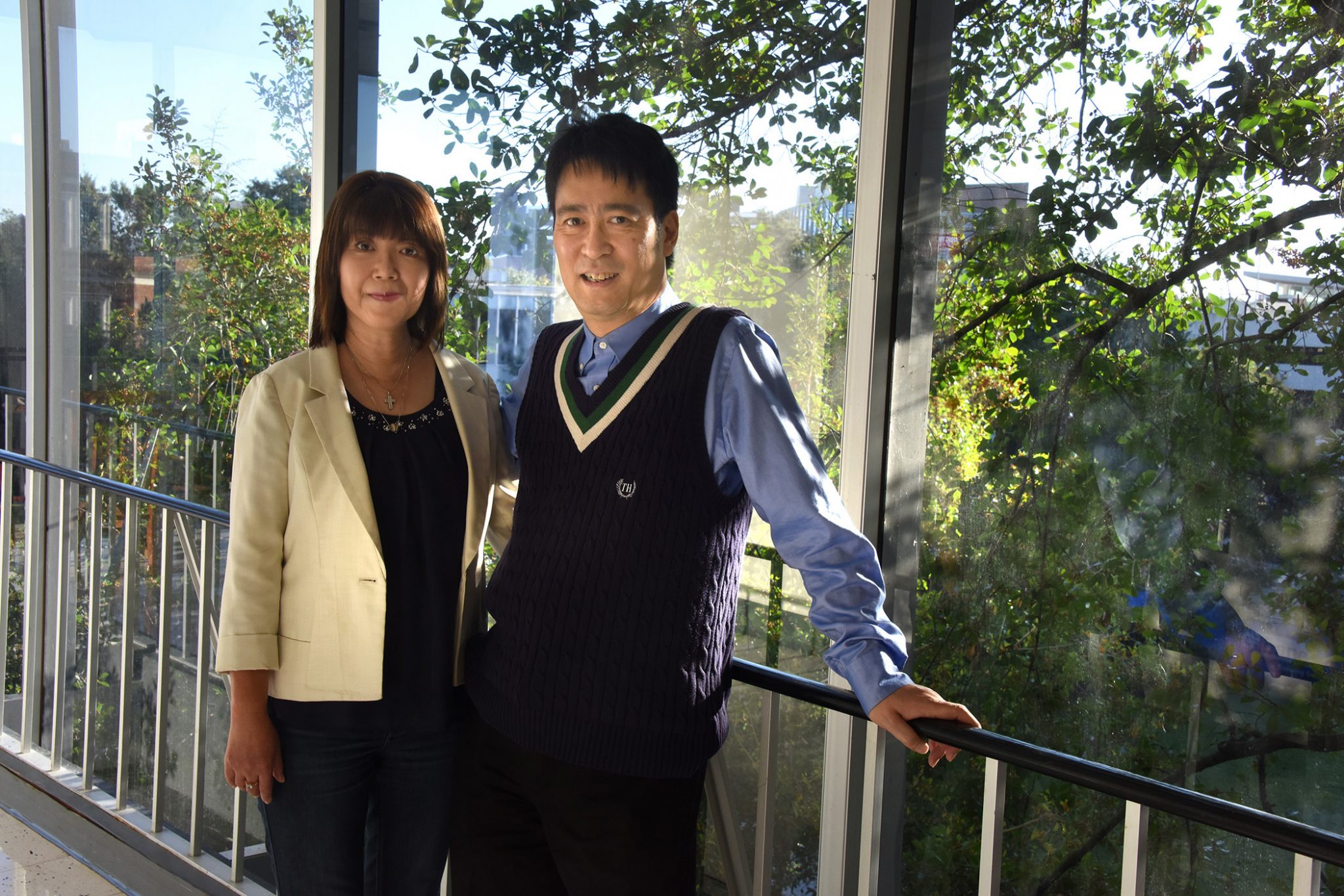 It’s a metal we worry thieves will steal from our air conditioners or power lines, but inside our bodies too much copper can result in a much larger loss.

Scientists have evidence that in diabetes, copper can pile up inside our cells, wreaking havoc on our ability to make new blood vessels, called angiogenesis. This impaired ability occurs even as the disease makes existing blood vessel walls less flexible, more leaky and more prone to accumulate plaque deposits and scars that impede good blood flow.

Impaired angiogenesis contributes to a host of problems from heart attacks to nerve death to loss of limbs to poor wound healing.

The problem is the disease alters the healthy copper balance that more typically enables new blood vessel formation, says Dr. Tohru Fukai, vascular biologist and cardiologist in the Vascular Biology Center at the Medical College of Georgia at Augusta University.

Treatments that target ATP7A, a copper transporter that normally helps ensure healthy copper levels for a wide variety of functions in our body, may one day help patients with diabetes recover the innate ability to make healthy new blood vessels, Fukai says.

“Normally copper is essential for angiogenesis,” says Dr. Masuko Ushio-Fukai, also an MCG vascular biologist. “But in inflammatory diseases such as diabetes, copper levels within cells become excessive. In this excess copper state, what happens?”

Diabetes affects nearly 10 percent of the adult American population, according to the Centers for Disease Control and Prevention. Fukai and Ushio-Fukai are coinvestigators on a new $2.7 million grant from the National Institutes of Health, which is enabling them to further dissect the unhealthy copper excess these individuals may experience.

Our bodies have a system to avoid accumulating too much of this essential micronutrient, says Fukai, Barbara A. Schnuck Chair in Translational Medicine.

Central to that system is ATP7A, a pervasive, natural copper transporter whose primary job is regulating intracellular copper levels, he says. After we consume copper in foods like nuts and whole grains, ATP7A picks it up from the small intestines for transport to the many body tissues that need it.

Normally both ATP7A and copper reside in a portion of the cell called the Golgi apparatus. But when too much copper starts to accumulate for any reason, ATP7A transports it from the Golgi apparatus out to the cell membrane for elimination, Ushio-Fukai says. In diabetes, they’ve found that the balance is off.

The endothelial cells that line our blood vessels use a lot of copper, but in diabetes, the usually high levels of ATP7A are instead low, while copper levels are high, Ushio-Fukai says. “We want to know why.”

They’ve documented this imbalance in both animal models and human endothelial cells from type 2 diabetes patients.

While the pair are studying more about why with a separate grant, they theorize that ATP7A and its relationship with copper is integral to healthy vascular repair functions like angiogenesis and protecting the integrity of the endothelial cell barrier.

They’ve already shown that low levels of ATP7A are a major contributor to dysfunctional angiogenesis because when they give the transport protein to diabetic mice and mice with their copper transport ability genetically altered, the natural ability is rescued, Fukai says.

Now they are putting more pieces together by showing, for example, that IQGAP1 – a scaffold protein involved in signaling and keeping cell contents in the right place like the nucleus or cell membrane – promotes the signaling of vascular endothelial growth factor, or VEGF. VEGF is essential to making blood vessels and IQGAP1 binds to it key receptor, VEGF receptor 2.

While it’s known VEGF receptor 2 signaling is impaired in diabetes, they’ve found decreased ATP7A levels appear responsible for the receptor’s degradation, Fukai says. They are now seeing what stabilizing normal levels of copper does to angiogenesis and to the barrier function of endothelial cells in both cells taken from diabetic mice and the tiny vasculature of patients with type 2 diabetes.

They also are learning more about how low ATP7A levels impair VEGF signaling and, ultimately, the integrity of endothelial cells. This includes looking at relationships such as whether ATP7A’s binding to IQGAP1 – which they have already connected to VEGF – keeps processes working as they should and avoids degradation of the VEGF receptor.

They also are further pursuing ATP7A’s therapeutic potential in a variety of animal models including models of type 1 and 2 diabetes in the face of ischemia of the limb, a common problem for patients.

Copper is found in a variety of foods such as nuts, poppy and sunflower seeds, chickpeas, organ meats like liver, oysters and wheat bran cereals. Copper supplements already are used to improve wound healing and for osteoarthritis and osteoporosis, as well as for a rare copper deficiency, which can cause anemia since the metal is essential for iron uptake. Abnormal copper levels also have been associated with brain degeneration, excessive bleeding, fragile skin and white hair. “It kind of mimics the aging process,” Fukai says.

There are not currently any drugs known to increase ATP7A levels, so Fukai and Ushio-Fukai’s many exploits include finding ways to do that in humans.

More than 100 million U.S. adults have diabetes or prediabetes, according to the CDC, and diabetes is the seventh leading cause of death in this country. Health complications include premature death, heart disease, stroke, kidney failure and amputation of toes, feet or legs.

Most new blood vessel growth results in response to an injury or ischemia, the scientists say. Pregnancy, when the mother’s body produces a vascular network to both supply the fetus with nutrients and oxygen and eliminate the fetus’ waste, is another example of the innate angiogenesis function that goes awry in diabetes.