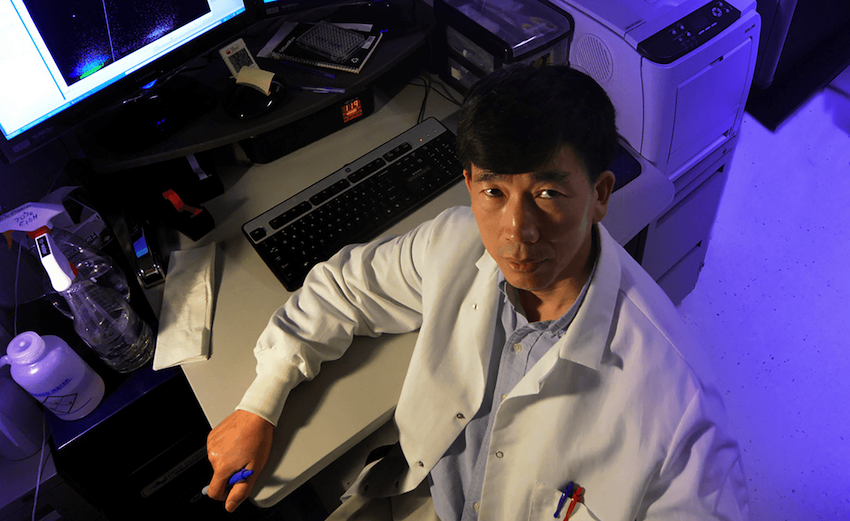 Cancer vaccines may need to better target T cells that can hold up to the long fight against cancer, scientists report.

Studies of two T cell types that are equally activated by alpha-fetoprotein, a well-established antigen made by liver cancer, show that while one starts off with a bang, the other endures as the more powerful tumor fighter.

“You poke one and it runs. The other you must give a big push,” says Dr. Yukai He, immunologist at the Georgia Cancer Center and Department of Medicine at the Medical College of Georgia at Augusta University. He, a Georgia Research Alliance Distinguished Investigator, is corresponding author of the study in the journal Cancer Immunology Research.

T cells are the frontline of the immune system. Most typically, dendritic cells, the most powerful antigen presenters, show a suspicious item, like alpha-fetoprotein in liver cancer, to receptors on T cells, which starts an education process that prompts the immune system to attack.

While the high sensitivity and strong initial response to alpha-fetoprotein shown by the T cell Tet‌₂₁₂ sound good, the scientists also found the cell quickly became exhausted from the prolonged immersion in the antigen, and even committed suicide.

“Basically with a tumor it’s like jumping into a pool of antigen. If you are very sensitive to the antigen, you are going to make yourself overreactive and exhausted,” he says.

On the other hand, it took more antigen to get the attention of Tet₄₉₉, but this T cell stayed on target, generating a stronger, longer antitumor effect.

Tet₄₉₉ also contained more stem-like memory T cells, which basically meant they could perpetuate themselves. “It’s a self-replicating army,” says He, and only about 1-2 percent of T cells have this ability.

In their animal studies, the team also found that the receptors on Tet₄₉₉ had weaker signals, which is probably why it required more antigen to get its attention, the scientists write. But it’s also apparently what helped Tet₄₉₉ avoid the excessive signaling, exhaustion and death of its colleague Tet‌₂₁₂ in the long battle against a tumor.

That kind of vigorous response and persistent stimulation followed by burnout and death of T cells has been noted in chronic infections, they write. Since many acute infections, like the influenza virus, are short-lived compared to a tumor, Tet‌₂₁₂’s approach appears effective in those situations, but not so great in chronic infections like HIV, or tumors, He says.

There is still much to learn about exactly why the two T-cell types respond so differently, whether it’s how their receptors respond initially, internal signaling differences in the two, both or something else, He notes.

But He suspects that we all have both T-cell types in our repertoire. One of his many goals is to develop a vaccine that would increase our level of Tet₄₉₉ and/or Tet₄₉₉ -like cells or at least get Tet‌₂₁₂ and other similar cells to function more like the persistent Tet₄₉₉. “We have to find a way in order for cancer vaccines to succeed,” he says.

Vaccines are under study for a variety of cancers including breast, brain, lung and pancreatic, according to the American Society of Clinical Oncology.  Two cancer prevention vaccines are already on the market, for human papillomavirus, the major cause of cervical cancer, and for hepatitis b, a cause of liver cancer; as well as one treatment vaccine for metastatic prostate cancer, according to the National Cancer Institute.

Problems with treatment vaccines include the fact that cancer suppresses the immune system while vaccines are trying to bolster and target it; and sick and/or older patients typically already have generally weaker immune systems.  Also, as He says, cancer cells are derived from the individual’s own cells, which is why cancer cells are often good at avoiding even the natural immune response. “Sometimes the mutation is so subtle, that the immune system does not see it as a threat,” he says.

“Our current study points out that our immune system needs to be trained just right so that the immune fighters can persist in the malicious tumor environment and win the war,” He says.

Alpha-fetoprotein is made by the yolk sac and the liver during human development, and levels are measured during pregnancy as an indicator of birth defects.