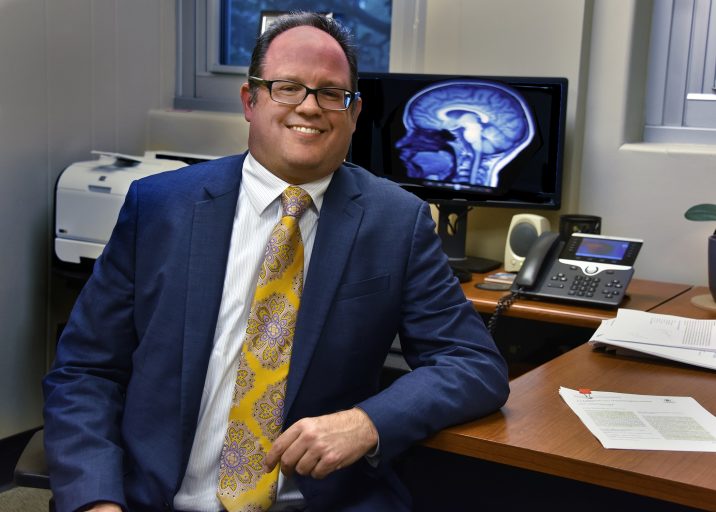 Sophisticated brain imaging, like an MRI, has limited applicability in assessing a defendant’s sanity, investigators say.

The bottom line of an insanity defense is the defendant’s inability to distinguish right from wrong at the time of the crime, something which neuroimaging cannot help do, they say in a review article in the journal Neuroethics.

“MRIs and other brain scans are good for many things but they really have limited use when you talk about truly determining if someone was criminally responsible or not,” says Dr. Michael J. Vitacco, forensic psychologist in the Department of Psychiatry and Health Behavior at the Medical College of Georgia at Augusta University.

“The key element of an insanity defense is you have to be unable to tell right from wrong,” Vitacco says. “It’s that functional deficit that is critical. It’s a very high bar.”

It’s also an important distinction that means the difference between a defendant going to jail or to a hospital, says the article’s corresponding author.

And, it’s one that advanced brain imaging technology, like functional MRIs and positron emission tomography, or PET scans, which provide images of brain structure and insight into how the brain is functioning, typically cannot help defendants seeking a not guilty by reason of insanity verdict achieve.

But it’s use is growing. Particularly in the last decade, brain imaging, which routinely provides valuable, objective information to a medical diagnosis, has been increasingly used in criminal and civil cases. It even has a name,  “neurolaw,” with neurolaw centers sprouting up across the country and beyond, Vitacco says.

“The problem is nobody talks about the limitations of these images,” says Vitacco who, along with colleagues at the Medical University of South Carolina, Emory University and University of Southern Mississippi, decided to take a look at research and evidence out there.

No published studies they found showed the ability of brain imaging to provide insight and evidence beyond the usual exhaustive clinical evaluations of defendants, says Vitacco. These evaluations may include  talking with the defendant, with friends and family members, possibly personality testing and medical record reviews looking for patterns of behavior and for evidence that supports or contradicts an insanity defense.

Another issue is that brain images are taken well after the crime, sometimes even a year or more after, and the dynamic brain function images they display indicate what is happening at that moment, not at the time of the crime, he says.

Scans can show evidence of serious mental health problems like chronic depression and schizophrenia, as well as brain tumors or brain damage. While problems like these may qualify defendants for an insanity evaluation, a very small percentage of these individuals will meet the high bar of not being able to distinguish right from wrong, Vitacco says.

As an example, pedophilia has been associated with tumors in the front of the brain in areas involved with emotion and memory, but they don’t necessarily mean the offender did not know right from wrong, Vitacco and his colleagues write. Even sociopaths typically know right from wrong but choose to ignore it, Vitacco says.

What may better provide insight on many defendants is social media, notes Vitacco.

He and Dr. Ashley B. Batastini, director of the Correctional and Forensic Psychology Research Laboratory at the University of Southern Mississippi, recently coauthored the book Forensic Mental Health Evaluations in the Digital Age: A Practitioner’s Guide to Using Internet-Based Data.

They found these often multi-daily posts about detailed thoughts and actions on social media can provide that retrospective picture of what was happening in the mind of the defendant at the time of the crime in the defendant’s own words, says Vitacco.

“It really is powerful evidence, that tells you a lot about their function, says Vitacco.

He notes, for example, a Georgia case when the defendant was pleading insanity but his social media accounts at the time of the crime included an instant message to a friend that he had done something bad. “This kind of evidence can speak directly to knowing right from wrong at the time a crime happens,” Vitacco says.

While there is no accurate measure of how often the defense of not guilty by reason of insanity is used, it is a controversial issue both in the legal and general community, Vitacco and his colleagues write. An insanity verdict is reached in less than 1% of cases, he notes.

A 2013 University of Denver study of 165 defendants who each had multiple evaluations by either a forensic psychologist or forensic psychiatrist found unanimous agreement about legal sanity among evaluators only 55% of the time.

While recent years have seen a surge in brain imaging in an insanity defense, its usage dates back much further, including the 1982 trial of John Hinckley Jr., who shot President Reagan, and whose defense team said had an abnormal CT scan that suggested “organic brain disease.” Hinkley was found not guilty by reason of insanity.

Batastini also was a coauthor on the brain imaging review paper.