In what spectators remarked was one of the most exciting half marathons they’d witnessed, Augusta University alumnus, volunteer coach and Olympic hopeful, Pardon Ndhlovu, was the first runner across the finish line Sunday at the Augusta University Half Marathon and 10K. He finished the race with a time of 1:08:35, just three seconds ahead of second place finisher, Oscar Ogwaro.

This isn’t the first time Ndhlovu and Ogwaro have toed the line as competitors.

They raced against each other as student athletes, but in college, Ndhlovu was never able to beat Ogwaro.

“I heard the night before that some fast guys were showing up, but I didn’t know who they were,” Ndhlovu said. “At the starting line I realized it was someone I competed against in college.”

Seeing Ogwaro at the finish line made Ndhlovu nervous. Not only was Ndhlovu never able to  beat the multiple time All-American, Ogwaro also qualified for the U.S. Olympic trials in 2012.

Ndhlovu planned to run the half marathon as a workout. His goal was to run a minute faster than he did in the previous year’s half marathon.  That plan went out the window when he saw Ogwaro.

The runners stayed neck-and-neck for most of the race, but when Ndhlovu turned onto Berckman’s Road he was able to gain a 10-second lead.

“At that point you don’t really think about the time,” Ndhlovo said. “You’re just worrying about competing. You’re just pushing yourself beyond the pain that you’re feeling because you want to cross the line. It reminded me of racing in college. I was racing to win and not to make a certain time. It was good to just race.”

Ogwaro’s last mile of the half marathon was 4:44. Ndhlovu ran a 4:51 but was able to gain the three second lead he needed to win.

Ndhlovu plans to save the prize money. As part of his Olympic training, he is currently working on improving his times in shorter races. Ndhlovu has identified several shorter races he would like to run, but they require travel. He plans to use the money for those races and for other costs associated with the Olympics.

And, if there’s a need, he will send money home to his family in Zimbabwe.

Ndhlovu enjoyed the Augusta Half Marathon more this year than he has in past years, and is looking forward to next year’s race.

“This race was more competitive than past ones,” he said. “They did a good job of attracting people outside of Augusta and a good job advertising the race. I think spectators come to watch the competition, and we were able to give them something to talk about. We are able to show them that running is exciting.” 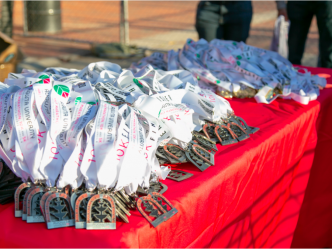 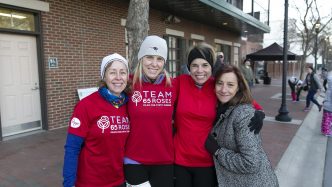 2020 Augusta University Half Marathon: In photos 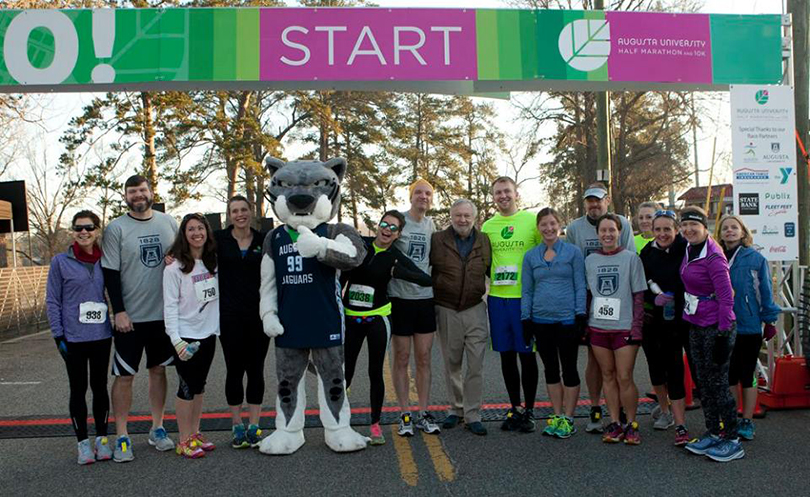