Pelzer just celebrated her 102nd birthday and has seen a lot during her time in Augusta, Georgia. Now she can see better than she has in years.

Pelzer struggled with what’s known as blepharoptosis, in which her eyelid drooped so much that she was unable to open her left eyelid to see well.

“The more time passed, the droopier it was, so I would keep it closed most of the time,” Pelzer said. “It didn’t have enough strength to stay open.”

It certainly impacted Pelzer’s quality of life, as she was an avid reader. She complained about it off and on until finally her daughter, Betty Gonder, took her to Augusta University Health to have it looked at early this year. Pelzer — who retired from there as a registered nurse 40 years ago when it was called Talmadge Hospital — was referred to Dr. Dilip Thomas, ophthalmology subspecialist and director of the Oculoplastic Surgeries Service.

Thomas recommended corrective ptosis repair surgery for Pelzer. He explained that as people get older, the tendon for the elevating muscles in the eyelid can slip, which causes the ptosis.

“The muscle which lifts the upper eyelid starts to stretch with age and eventually retracts back, and when it does, the eyelid starts to droop,” he explained. “The operation basically involves going in and retrieving the slipped muscle tendon and reattaching it. And when this is done, the lid elevates.”

Thomas said typically patients will decide to have surgery at a much younger age than Pelzer. “Additionally, the ptosis may cosmetically alter the natural appearance of the eyes. In contrast, some patients have excessive eyelid skin and/or a drooping eyebrow that weighs down the eyelid to cause the drooping, rather than a slipped muscle, as it was in Ms. Pelzer’s case.”

He pointed out that in most people, this eyelid disorder is purely a result of aging. However, less commonly, eyelid ptosis can be present at birth, or be the first sign of a more serious or an underlying muscular or neurologic disorder. He also noted, in elderly people like Pelzer, their main complaint may be of reading difficulty.

“These patients’ difficulty with reading is not due to the typical need for better eyeglasses. Rather, as the lid droop worsens, they unconsciously use their forehead muscle to compensate and help lift the eyelid, which also creates those horizontal forehead lines,” he said. “However, it is very difficult for someone to keep their forehead lifted while looking down to read.  Therefore, their ptosis effectively worsens, causing their symptoms of eye strain and fatigue, rendering them able to read for only short periods of time.”

Pelzer spent a lot of time either with one or both eyes closed or having to lift her chin up to see what was in front of her, which is another way people unknowingly compensate to see under their drooping eyelids.

Although Pelzer mainly noticed the left eyelid droop, her right eyelid was only slightly better, so Thomas decided to repair both to produce a stronger, more symmetric and longer lasting result.

The in-office procedure under local anesthetic involves a small incision in the natural crease of the upper eyelid,  through which the tendon of the eyelid lifting muscle is repaired. Thomas emphasized that this is a common procedure for oculoplastic surgeons, only taking about an hour, with a high success rate and high patient satisfaction. 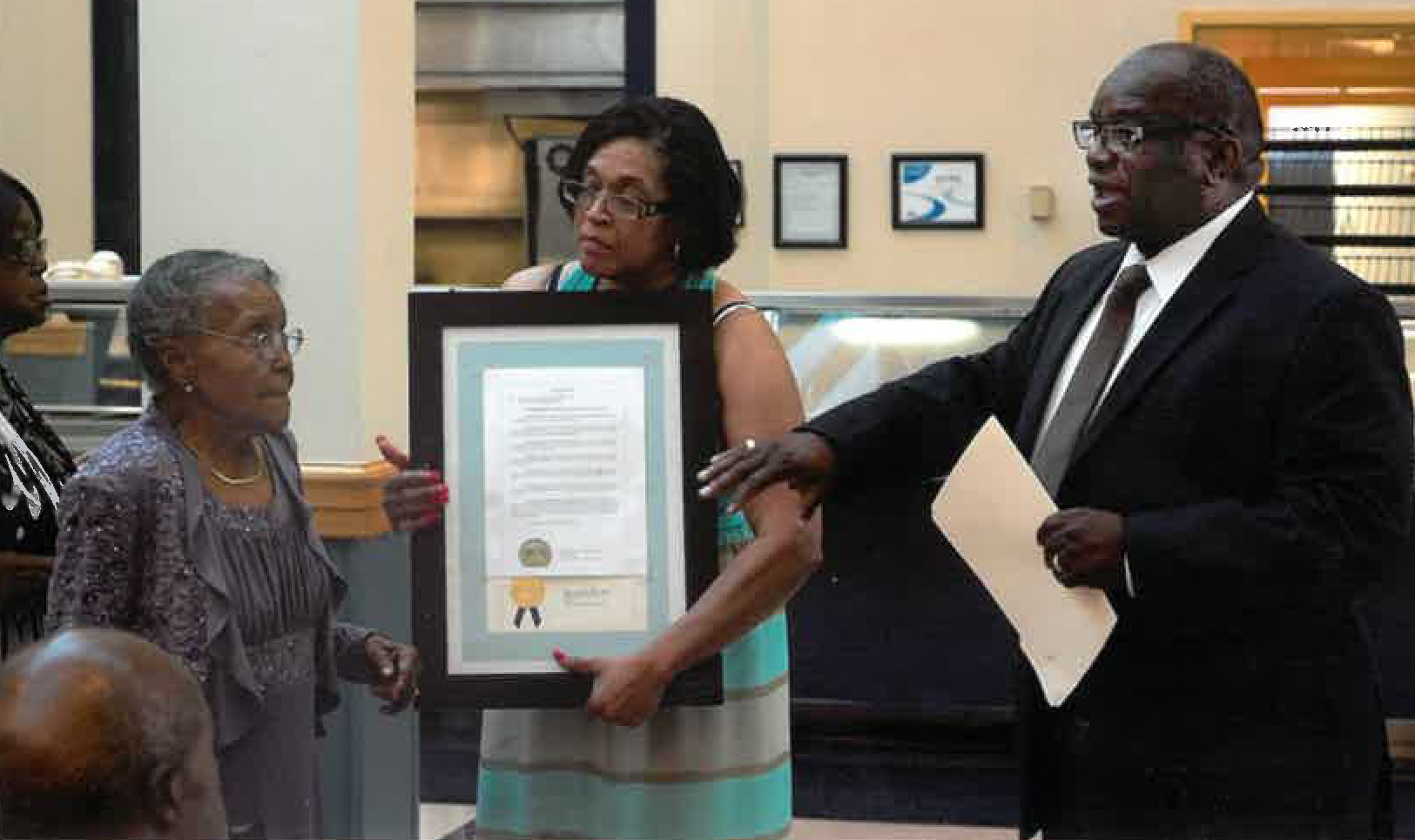 Pelzer was honored by Georgia Rep. Gloria Frazier in 2017 on the occasion of her 100th birthday.

Pelzer and Gonder noted that they were in and out of the office the same day in a couple of hours, and it took about a week to fully recover, as the eyes were briefly swollen. Eyedrops have been quite helpful ever since.

“The surgery went pretty well; there was no real drainage,” said Pelzer.

Gonder added that Pelzer has not had any complaints about her vision since the surgery took place in April. Now, she is back to enjoying her day-to-day life with a better view of the world.

“She loves working outside on her flowers,” Gonder said. 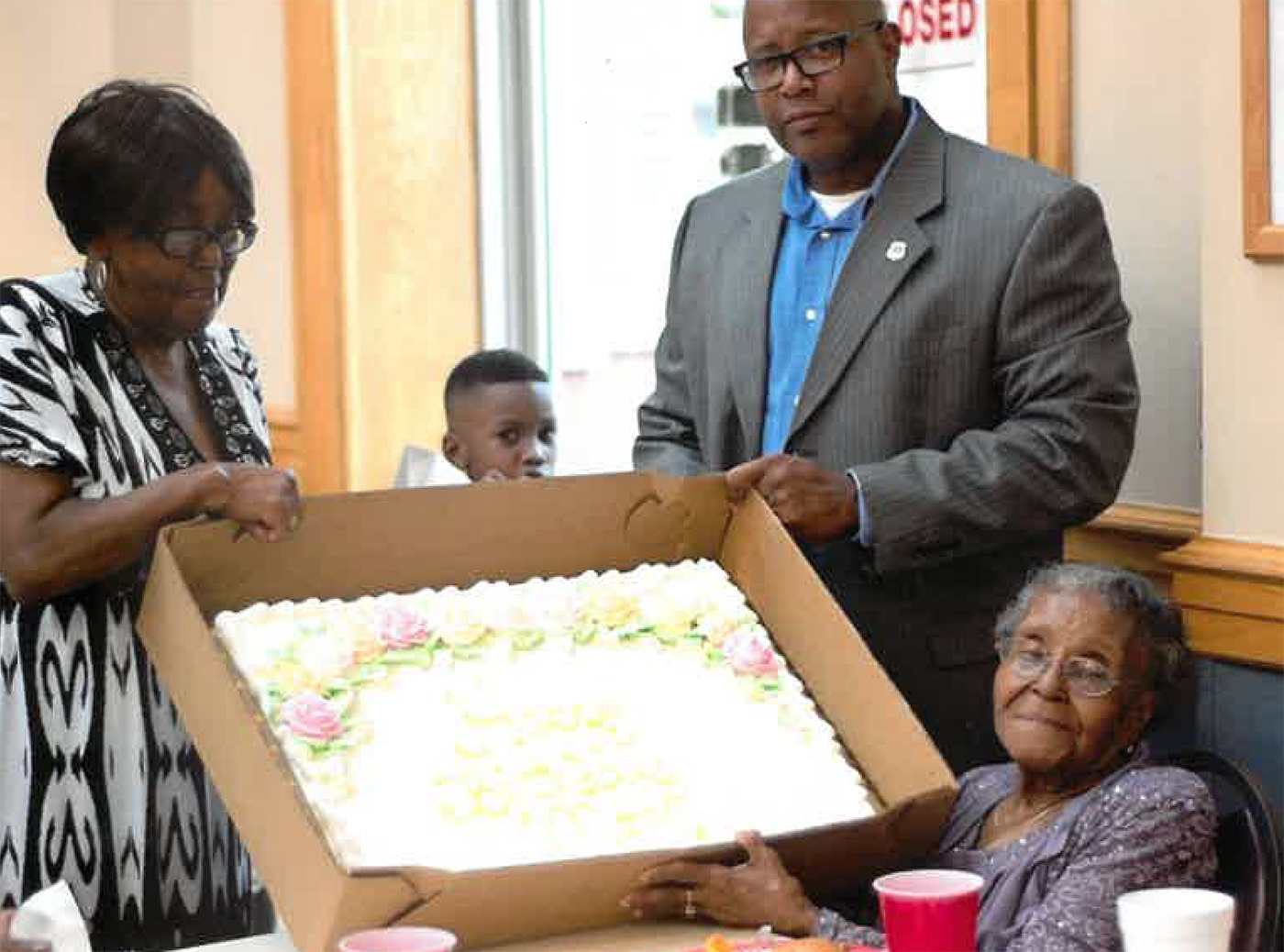 Pelzer and her family in 2017 with a cake celebrating her 100th birthday.

Pelzer and her large family consisting of five generations (that’s right, she has great-great-great grandchildren) gathered June 29 for her 102nd birthday party. She’s had big parties at least since officially becoming a centenarian.

That leads to the most burning question of all: to what does Pelzer attribute her longevity?

As Gonder put it, it all comes down to living a healthy lifestyle: “She didn’t drink, she didn’t smoke, and she just took care of herself.” 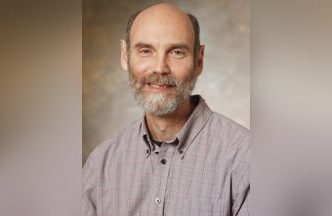 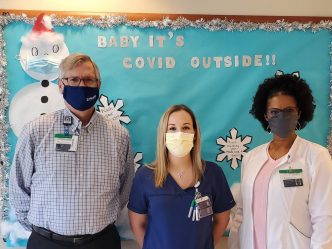 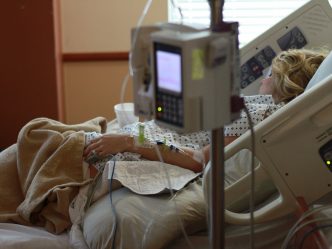