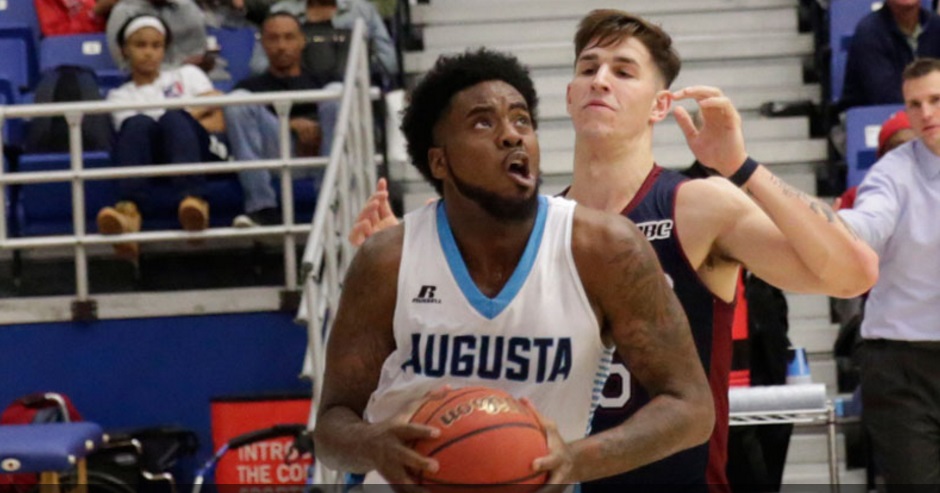 GREENWOOD, S.C. – The Augusta University men’s basketball team only lost their fifth game of the 2016-17 season on Wednesday night in a 76-65 defeat to the Lander Bearcats in Greenwood, S.C.

Lander (8-12, 5-6 PBC) upset the Jaguars (16-5, 9-4 PBC) in a battle of the PBC East Division. Augusta leads the conference standings and Lander resides fourth in the east.

AU recorded the third lowest field-goal percentage of the season with a 39.6 mark (21-of-53). Lander shot 55.6 from the floor (25-of-45), while each team made seven threes. The Jags committed 12 turnovers to LU’s 13, but the Jags were outrebounded and outscored in the paint.

LU made the first shots of the night, but freshman Derrick Oliver delivered a three pointer to give the Jags their first lead of the night just under 16 minutes. The Bearcats built their first-half lead to 11 at one point and took the half up 37-28.

The Bearcats never folded in the second half to survive the Augusta offense.

Augusta hosts Military Appreciation Day on Saturday, Feb. 4 against the UNC Pembroke Braves at 2:30 p.m. in Christenberry Fieldhouse. The women’s game takes place prior to the men’s at 12:30 p.m. Soldiers from Fort Gordon Military Base will the fill the stands of the ‘berry as the Jaguars honor our armed forces during the PBC doubleheader.