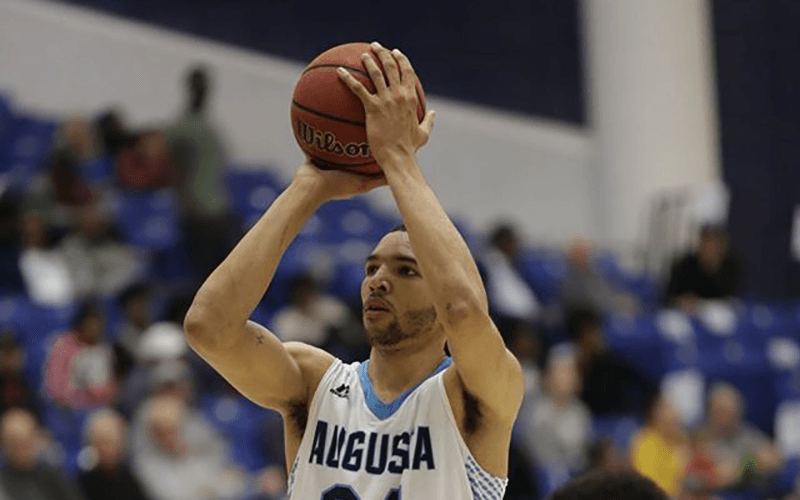 Augusta meets the Pacers again on Feb. 22 in Aiken, S.C., at the Convocation Center.

Jaguar senior Keshun Sherrill shined with a game-high 23 points and had six rebounds and three assists. Sophomore Deane Williams and junior Tamyrik Fields each had 11 points for the Jags in the win.

USCA was led by Henry Bolton III’s 18 points. Jalin Barnes put up 16 points and Christian Nobles had 10 in the loss.

Augusta opened the night with Sherrill and Tyvez Monroe sinking back-to-back threes. The Jaguars stayed up the entire half and led 32-22 at halftime.

The second-half momentum stayed with AU at the beginning as Deane Williams opened play with a two-handed dunk over a Pacer. USCA was persistent and made it a five-point battle with just over 12 minutes in the second half.

Bolton III made a jumper to tie the game 40-all with 11:20 on the clock. AU regained the lead and momentum when Williams made a pair of free throws and Fields and Sherrill back-to-back baskets.

The lead was 49-46 to the Jags with 7:31 to go in the contest. Monroe came off a screen and Sherrill found him in the corner for the Jags’ sixth trey of the game. On top 62-55 with under three minutes to play, Augusta stayed ahead, but Aiken drilled a three from Bolton to make it 66-64.

AU sophomore Ben Ursich saved a possession when he grabbed a wild pass from going out of bounds. It led to two Sherrill free throws and the Jags rode the home-crowd advantage to a 71-69 victory.

Augusta hosts Military Appreciation Day on Saturday, Feb. 4 against the UNC Pembroke Braves for a 2:30 p.m. tipoff in Christenberry Fieldhouse. The women’s game takes place at 12:30 p.m. prior to the men’s game. Soldiers from Fort Gordon Military Base will the fill the stands of the ‘berry as the Jaguars honor our armed forces for the annual basketball doubleheader.

Written by Taylor Lamb
The Spearman Family: At the Crossroads of History
FacebookTwitterPinterestWhatsApp
Pierce begins as director of student engagement