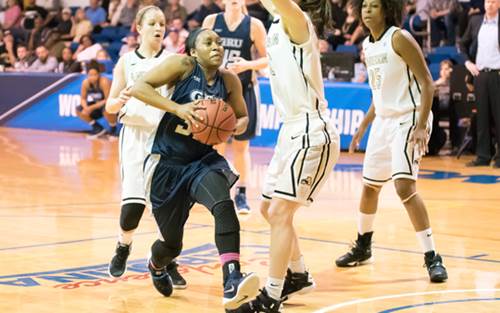 GAFFNEY, S.C. – The eighth-seeded Augusta Jaguars met fifth-seeded Anderson in the NCAA Southeast Regional semifinal game on Saturday night and stormed from behind to win an 81-73 contest at the Timken Center in Gaffney, S.C. The Jags advance to the Sweet 16 for the first time since the 2004 season.

After recording one of the biggest upsets in NCAA college basketball this season with a 79-70 triumph over No. 2 nationally-ranked Limestone in the quarterfinal game of the regional, the Jags prevailed to match the winningest season in school history at 24-8 since the 1991-92 season with the win over Anderson.

Augusta (24-8) meets seventh seed Francis Marion in the NCAA Southeast Regional championship game on Monday, March 14 at 7:00 p.m., in the Timken Center on the campus of Limestone College. It will mark the third matchup between the two this season after FMU swept the Jags in the regular season.

Junior Breonna O’Conner recorded a career-high 32 points to match her jersey number in the win and led the charge in a fourth-quarter comeback for Augusta. The Jags outscored Anderson 28-12 in the fourth quarter and shot 44.8 percent from field-goal range across the game while the Trojans were 43.5 percent shooting. The Jags shot 50 percent from three-point land and made 22-27 free throws (81.5 percent).

Anderson was led by Alexis Dillard’s 21 points and 13 rebounds and outrebounded the Jags 38-34. The Jags forced 17 turnovers and had nine as a team while outscoring the AU bench 31-9.

Augusta trailed early as Anderson controlled a 27-20 game after the first period. The Jags missed their first two shots of the second period, but senior Samantha Carlson got to the free-throw line and hit one for a 27-21 game.

The Trojans moved to a 10-point lead with 7:09 left in the second period and took the half up 45-35 over Augusta. The double-digit lead lasted at 53-43 with four minutes to go in the third, but the Jags put together a big run.

In only the second lead change of the game, the Jags stole a 62-61 lead on junior Breonna O’Conner’s three-point play with just over six minutes to go in the fourth quarter.

Sophomore Joshlyn Belcher buried two three pointers in the close of the third period, the second coming with five seconds dwindling on the clock to get the Jags in a 61-53 game.

No one scored until 8:15 when Pitt scored one off the glass before Hutt made a tough shot in the lane for a 61-57 game.

O’Conner got a steal and drove the lane to bring Augusta within two points after a 9-0 run and gave them the lead on an and-one basket up 62-61.

With five minutes to go it was a tie 66-all game, when O’Conner took a hard step in the lane for the go-ahead basket. Junior Kayla Lovett moved to 13-14 on free throw attempts in the NCAA Regional with one of two at the charity stripe and the Jags started their run.

A fast-break layup from O’Conner pushed the lead to 71-66 and Augusta held on for the final after AU was forced to foul down the stretch.

The Jags are in their fourth NCAA Tournament appearance all time since the 1991-92 season and their first in the last eight seasons. Last time they were in the regional championship game, Augusta took down Georgia College in the 2004 South Atlantic Regional championship after beating No. 1 seed Shaw, and No. 5 seed Armstrong State to advance to the Elite Eight. 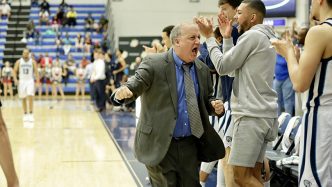 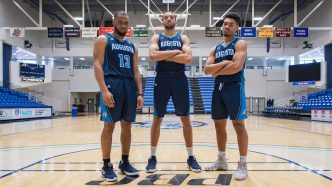 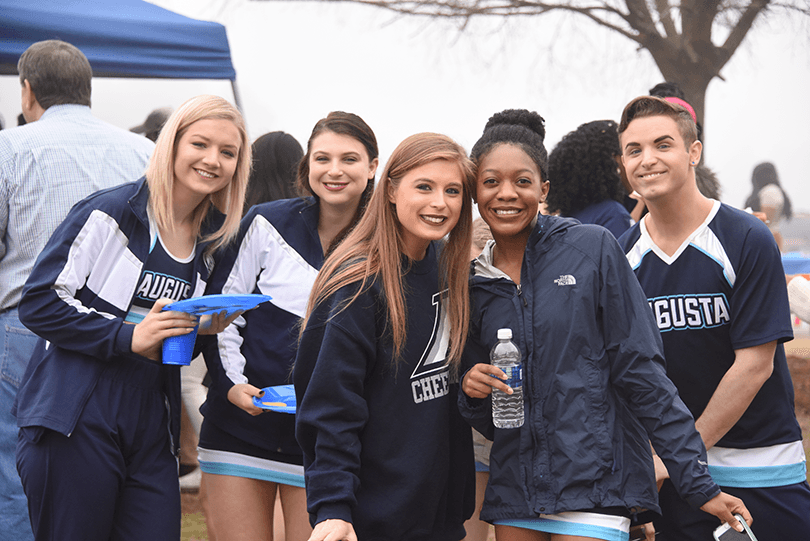