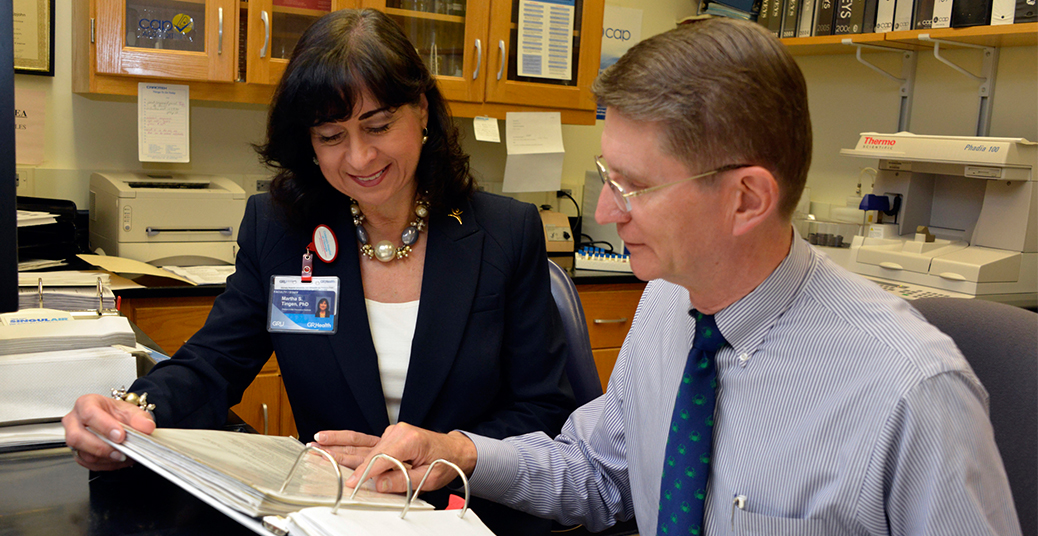 Asthma rates among black youth living in urban Detroit and rural Georgia are essentially the same, researchers report, a finding that conflicts with the widely held theory that city life is a risk factor, and pointing instead toward poverty.

About 15 percent of Detroit’s black inner city youth have diagnosed asthma and another 8 percent undiagnosed disease, according to a study in the Journal of Allergy and Clinical Immunology. Rates are 13.7 percent and 7.5 percent, respectively, in rural Georgia youth. Free or reduced lunch rates and percentage poverty rates, also are similar, at about 74 percent and 23 percent, respectively.

“The things these children have in common include high rates of poverty, asthma, and being black,” said Dr. Dennis R. Ownby, allergist-immunologist at the Medical College of Georgia at Georgia Regents University and the study’s corresponding author.

With asthma rates in children doubling and redoubling in the past 30 years – to 1 in 10 children overall, 1 in 5 for black children – the researchers are looking for causes for the explosion so children can be properly diagnosed and treated, including learning to help take care of themselves. Many current, federally funded asthma studies focus on urban areas, where asthma rates are thought to be highest.

Researchers at MCG and Henry Ford Hospital decided to look at asthma prevalence and morbidity among 7,297 students in six public high schools in urban Detroit as well as 2,523 students in four schools in rural Georgia, from the fall of 2007 through the fall of 2008. More than 90 percent of the children in Detroit and about 60 percent of the children in rural Georgia are black.

They first found Detroit’s asthma rates were slightly higher, but when they looked specifically at rates of diagnosed and undiagnosed asthma in the black youth of Detroit versus rural Georgia, they found the rates essentially identical. When they looked at federal poverty statistics among these children, they found the same thing. “On a poverty scale, the children we compared in Detroit and these Georgia counties were virtually identical,” Ownby said.

Their findings suggest that, regardless of an urban or rural environ, asthma is a disease of poverty and poor housing, where environmental triggers such as mold, fungi, cockroaches, mice, dust mites, even strong odors may be pervasive and easily permeate paper-thin walls, said Dr. Martha S. Tingen, Co-Research Director of the GRU Children’s Research Unit and Charles W. Linder, M.D. Endowed Chair in Pediatrics. Children may get additional exposure in unkempt school buildings, and relatively low health literacy, such as awareness that tobacco smoke is an asthma trigger, may also be a factor, noted Tingen, the study’s co-principal author. These commonalties are despite clear differences, such as about 5,000 people living per square mile in Detroit versus 45 in the rural counties, Tingen said. In fact, rural areas may have additional asthma triggers such as farm chemicals, pollen, even fumes coming from large cow and pig farms.

Interestingly, Detroit youths with diagnosed asthma reported more symptoms and hospitalizations during the past 30 days than their rural peers. Those living in rural areas with as-yet undiagnosed disease reported significantly more episodes, such as wheezing with exercise and night coughing, than their urban peers, Tingen said.

Georgia public health officials report about a 12-13 percent asthma rate. But another 6-7 percent of Georgia children report asthma symptoms and many have sought emergency care but remain officially undiagnosed, Ownby noted. The same is true in Detroit, which puts the asthma rate at about 20 percent – 1 in 5 – with even higher rates, nearly 30 percent, in Puerto Rican children.

When Ownby started training as an allergist-immunologist nearly 40 years ago, overall rates were closer to 3-4 percent. He hypothesizes that dramatic increases in asthma result from society’s emphasis on cleanliness slowly altering how the immune system regulates itself, leaving it less able to resolve the inflammation it generated to fight an invading bacterium or virus and, somewhat ironically, hyperresponsive to the asthma triggers that are abundant in not-so-clean environs.

“You have to have an on switch to protect you, then you have to have a switch to turn it off, so that the heightened level of reaction does not continue long term,” he said, noting increases in rates of autoimmune disease, such as arthritis and lupus, where the immune system turns on body tissue. “Our immune systems are more aggressive in the sense that they can’t turn themselves off as well.”

Ownby led a pioneering study following children from birth to about age 7 and published in the Journal of the American Medical Association in 2002 that showed children who grow up with dogs and cats in their home have significantly reduced risk of developing common allergies as well as asthma.

“Asthma is a combination of things that make it very difficult to breathe,” Ownby said. Airways get inflamed, lungs produce excess mucus, and muscles tighten so it’s quite literally harder to get air in and out of the lungs. About 10,000 deaths occur annually from asthma, often from heart failure resulting from constant difficulty in breathing.

With a surface area about the size of a tennis court, the lungs can be exposed to innumerable irritants in a single day and typically do an admirable job filtering and clearing, Ownby said. However tight air sacs in asthma disrupt that clearance systemn and irritants can destroy tiny hair cells, or cilia, in the airway that help clear foreign substances.

The Lung Health Survey was used to assess asthma and asthma symptoms for the study. A parent or guardian of participating students also was interviewed about the child’s health as well as the family’s socioeconomic status. Students were recruited from the fall of 2007 through the fall of 2008. The study was funded by the NIH.

Next steps include looking at what the good bacteria in the gut, where the majority of the immune system resides, produce. There is already evidence that one product, omega-3 fatty acids, helps turn off inflammation. They also want to know if a child’s good bacteria makeup can predict asthma development. Best guestimates indicate that about 30-40 percent of asthma risk is genetic and the rest is environmental.