Another Year of Progress for Undergraduate Student Government 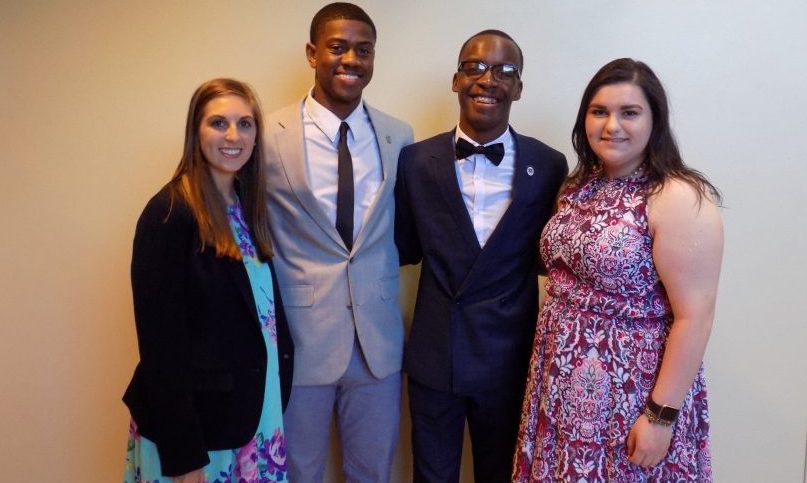 “Another Year of Progress” is the guiding theme at Undergraduate Student Government Association headquarters.

LeDarius Scott, president of SGA, said the goal for his second term was to build upon some of the wins he and the SGA leadership team landed in year one. Among those accomplishments were getting Wi-Fi installed in the D. Douglas Barnard Jr. Amphitheater and setting up hammock posts on the Summerville Campus, moves which are already enticing more and more students to spend their free time on campus.

“We have similar leadership styles,” he said. “That learning curve from year one is over, and our officers know the mission.”

“The mission,” as Scott puts it, is a three-pronged approach to improving campus culture and student life by addressing issues such as Mental Health and Sexual Assault Awareness, Jaguar Culture and Academic Affairs.

Scott said Mental Health and Sexual Assault Awareness are the first and most important items on his team’s list.

“We can’t solve the issue of mental health completely, but we can start by asking ourselves, what can SGA to do make sure students get the help they need on campus?” he said. “The same goes for Sexual Assault Awareness; we want to help build a campus culture where no one ever feels threatened or unsafe.”

Culture is another serious concern, especially for Scott, who used his first year in office to begin addressing student concerns about student life. So far, he and his team are coming into year two strong.

One of the other things he and the SGA leadership team are considering is the idea of bringing an actual Jaguar to campus. Well, sort of.

“We’d really like to get a Jaguar statue on campus,” Scott said. “That pride that comes with being an Augusta Jaguar, we want that to be visible. We want to share that.”

Ultimately, whatever SGA chooses to do with their campus culture initiatives, he said he hopes the change will be meaningful.

“We don’t want the things we do to seem like change for change’s sake, or change in the moment,” he said. “We’re interested in systemic change. We want to do things and put things in place that are going to last.”

One of the ways Scott said he and his team hope to get those changes rolling is by honing in undergraduate academic affairs. Things like having coffee with the deans of the university’s 10 colleges and schools and working with college SGA senators to address student concerns top the team’s list of things to get done this fall. In doing so, he said SGA hopes to create a more open, transparent campus atmosphere.

As for the new school year beginning in the fall, Scott said he and the SGA team had a challenge for all of the university’s departments and colleges.

“I want us to brag more,” he said. “We’re one of four research institutions in Georgia. We’ve got a Cyber Center opening downtown in July. We’re doing research and teaching students that are going to change the world. We should talk about that more. All of us.”