Zatrick Pearce: On the right track 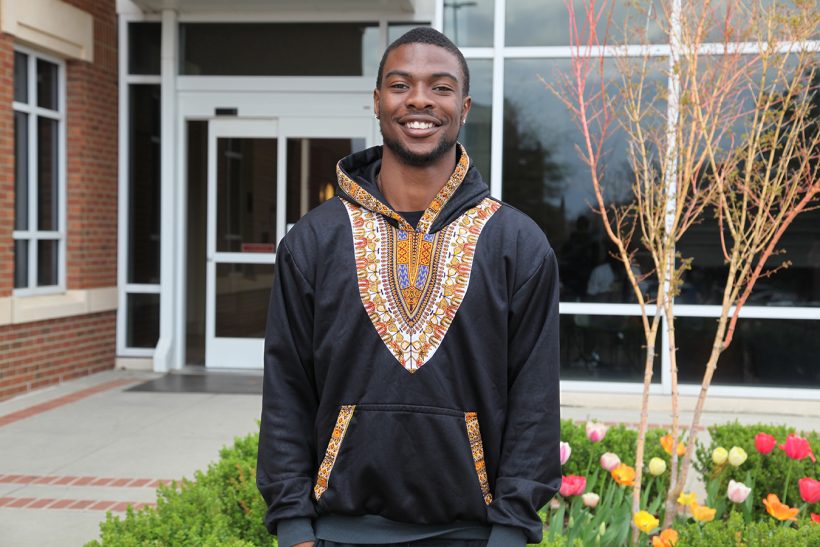 When Zatrick Pearce was a sophomore in a private high school in northeast Georgia living away from home, his mother was diagnosed with breast cancer.

“The news came as a huge shock and it really changed a lot of things for me,” said Pearce, now a sophomore majoring in business in the James M. Hull College of Business at Augusta University. “I was away from home at Tallulah Falls School, so I didn’t get to see how my mom was doing every day. I was really worried about her.”

His mother was living in Decatur, Georgia, and Pearce said he was extremely impressed with the treatment and care shown by her doctors during her battle against breast cancer.

“The doctors absolutely saved my mom,” Pearce said. “She’s here today because of those doctors, so I am very thankful for each and every one of them.”

Watching his mother and the physicians team up to beat the cancer made Pearce consider his own future in the medical field, he said.

“Now, I learned very early on that I don’t want to touch blood or anything like that,” Pearce said, laughing. “But I would like to manage the people who work at a hospital. That’s why I am a business major with a concentration in healthcare management. Eventually, I hope to open a physical therapy center one day. I just want to help people get better.”

The business student was even more inspired to work in the medical field after Jerry Oliver, an academic success coordinator at Augusta University, introduced him and some other students at the Academic Success Center to a group of African-American physicians.

“Jerry brought in several African-American doctors to talk about their careers in medicine,” Pearce said. “It really made me motivated to see a bunch of black men doing some great things in the world. Meeting them made me want to stick with it.”

Pearce pointed out there are also many opportunities for students to explore internships with local health and medical facilities in Augusta.

“Just driving down the road, you can’t pass by a block without seeing hospitals or several small medical practices everywhere,” Pearce said, adding that he would love to one day have a minority-owned business in Georgia. “You might be the only one standing, but you have to stand for your people. I have younger siblings who look up to me, so it’s been really good to see other positive African-Americans doing incredible things here at Augusta University.”

For now, however, Pearce is exploring other small business options. Late last year, Pearce and his friend, Zion Blackmon, decided they wanted to create a new business that would help uplift neighborhoods throughout the state.

“Our goal is to make communities better because when you are riding down the street and you see a rundown house, you automatically think, ‘Wow. That one house makes the entire neighborhood look bad,’” Pearce said. “I’m the type of person that doesn’t like seeing trash on the ground and I will always stop and pick it up. So when I see a house that looks bad, I want to change it.”

Taking the first letter of each of their first names, the two students developed a new business called Z & Z to connect potential investors with owners of distressed homes through a process called real estate wholesaling.

Both Pearce and Blackmon realize it might take a little while to connect potential buyers with blighted properties, but they are determined to make their business a success.

“In January, we went searching for houses and we found a bunch of information,” Pearce said. “But, unfortunately, when we called people looking to connect the property owners with potential investors, no one called us back. At first, we were a little discouraged, but we decided to get back in the car and go find some more houses. We found about 12 more houses that day.”

Their goal is to have at least one house under contract soon, he said.

Pearce said he’s extremely grateful that he decided to come to Augusta University after graduating from the small private school in Tallulah Falls a few years ago because the university’s faculty and staff have been incredibly supportive of his goals for the future.

“When I compared Augusta University to other schools around the state, this school just felt natural,” Pearce said. “I felt like I could be myself here.”

Also, as a member of Augusta University’s track and field team, Pearce said Head Coach Adam Ward helps keep him focused on his path ahead. In his freshman year alone, Pearce had five top three finishes and nine top 10 finishes in 2018.

“Coach Ward is one of the main reasons why I came here because he has always been so open with me,” Pearce said. “From the very beginning, I was able to talk to him about anything. I believe when you are going anywhere in life, if people are honest with you, you don’t have to worry. Honest, positive people will help keep you on the right track.”

While many 20-year-old college students aren’t quite motivated enough yet to explore creating new businesses of their own, Pearce said he is driven by his desire to give back to his parents.

“My parents, Zainab and Patrick Pearce, are from Sierra Leone, which is in West Africa,” he said. “I am thankful for everything that they did for me. After all, my parents blessed me with the opportunity to go to college and they gave me a car, so I am going to use those tools to do the best that I can possibly do.” 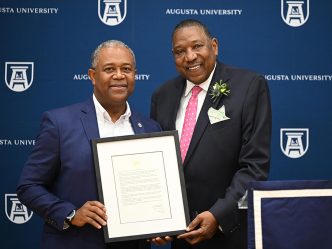 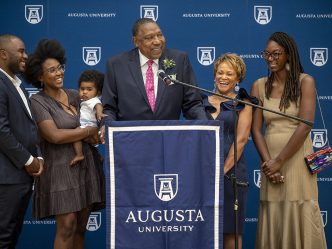 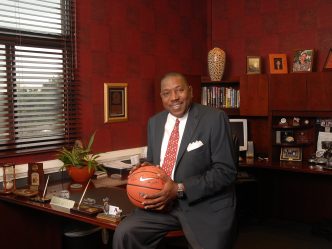 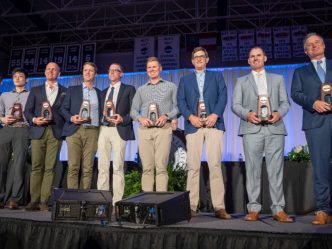