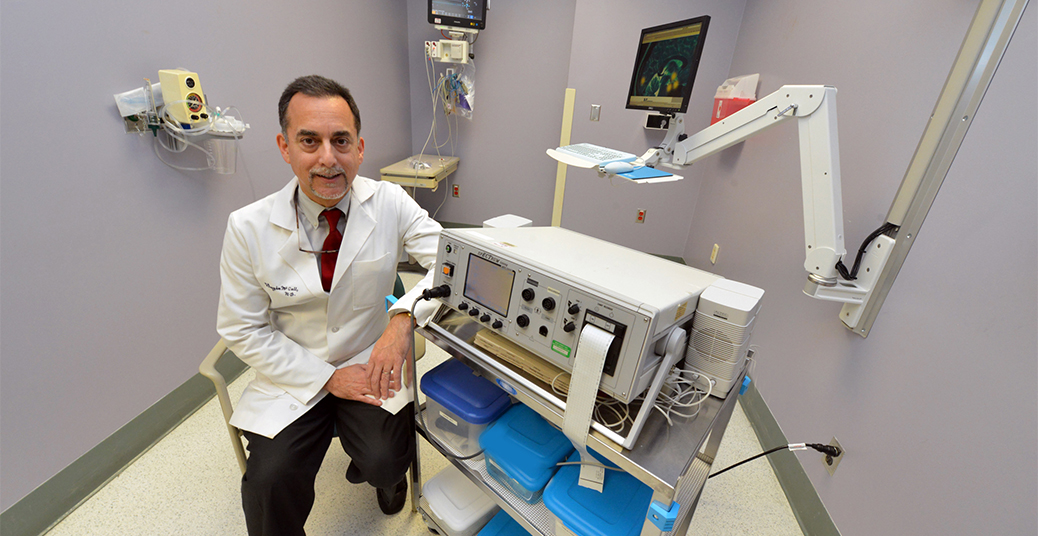 A wristband that records motion throughout a 24-hour cycle may be an inexpensive, safe way to determine which patients with major depressive disorder will respond best to commonly prescribed drugs such as Prozac.

Selective serotonin reuptake inhibitors, or SSRIs, are today’s mainstay for depression treatment, but patients and their physicians may go through many months, doses, and different SSRIs as well as other antidepressants trying to get results, said Dr. W. Vaughn McCall, Chairman of the Department of Psychiatry and Health Behavior at the Medical College of Georgia at Georgia Regents University.

“You only hit a home run first at bat about one third of the time; two-thirds of the time you have failed, struck out,” said McCall, an expert on depression, insomnia, and suicide.

McCall’s study in the Journal of Psychiatric Research indicates that the simple wristband may help by identifying those commonly referred to as “night owls,” who appear to be the best responders to SSRIs.

He is quick to note that his study sample was small – 58 patients – and the findings are very preliminary.

“What our findings suggest is that night owls, the group most likely to be depressed, also look like the patients who are most likely to respond. The larks are more likely to need two drugs,” McCall said.

It make sense that owls are good responders since SSRIs tend to shift rest time to a more usual, middle-of-the-night timeframe, said McCall. Larks, on the other hand, might better respond to a different class of drugs, such as bupropion, or Wellbutrin, which unlike SSRIs, target the neurotransmitter dopamine, providing a slight stimulation that may help larks readjust their lowest activity times – which should correspond with deep sleep times – to slightly later in the day, McCall said.

“We all tend to be morning people or not, and environmental factors, such as work schedules, can also push us in one direction or another,” McCall said. Excessive exposure to light, particularly in the evening hours, whether from a lamp, a television, or a touch-screen tablet, can further shift the rest cycle to later in the 24-hour day.

While there is no good data on what percentage of the population is night owls versus larks, the 58 patients in the study were about half-and-half. Those who had the latest period of rest, close to 5 a.m., were the best responders to SSRIs.

Since there currently is no lab test to tell physicians which drug should work best for a patient on the first or subsequent tries, McCall typically starts with the most inexpensive, generic SSRIs, anticipating that it may take several months and attempts to get the desired relief. In fact, it may take four to six weeks just to be sure a drug has failed.

“You are treating patients both to relieve their misery and to improve their function,” McCall said. “But our treatments are unreliable. We go through a trial-and-error process and people suffer for a long time.”

He notes that the availability of SSRIs nearly 30 years ago was a welcome relief to patients and physicians alike. While previous drugs, such as the tricyclic antidepressant Elavil, had the benefit of helping patients sleep, a week’s supply could become a lethal overdose. The comparative safety of SSRIs was great, McCall said, but these drugs don’t help patients sleep.

The National Institute of Mental Health’s STAR*D study of nearly 3,000 patients with major depressive disorder, published in 2006, laid out the not-so-terrific success rates of depression treatment. The study showed what McCall sees in his own practice: about one-third of patients became symptom-free with the first drug tried while many patients require more than one drug and even different types of drugs to get their depression in remission.

STAR*D indicated that if the first SSRI fails, about 1 in 4 of those who chose to take a second drug will get better. Of those who add a second medication to an SSRI, 1 in 3 will get better, but it remains unclear whether switching medication or adding a second drug is the best route. The results led NIMH to call for more personalized treatment approaches for these patients, including the identification of biomarkers that could better guide drug selection and effectiveness.

The rest-activity pattern of patients may be one of the first biomarkers to emerge. “It gives us a place to start,” said McCall, who is pursuing federal funding for a larger patient study.

Written by Toni Baker
Adverse childhood events appear to increase the risk of being a hypertensive adult
FacebookTwitterPinterestWhatsApp
Asthma rates among black youth are similarly high in urban, rural communities