What does Wonder Woman, designed by a man, represent to women? 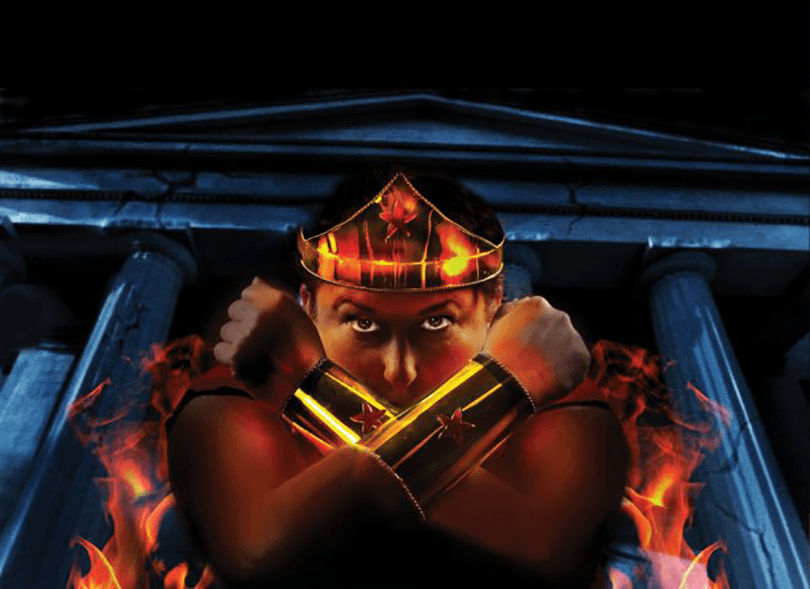 The following feature was originally published in the Spring 2017 issue of A. Visit The Fine Print, the online home of Augusta University’s magazines, for unique insight into other blockbuster films and a behind-the-scenes look at photo shoots to transform our professors into stars onstage.

Diana Prince, better known as Wonder Woman, has played a number of different roles within the wide and wonderful universe of DC Comics. She’s been, at times, a defender of women’s rights and a proponent of feminine strength. She’s also been the bane of bullies, and the whip-wielding scourge of Fascists and Nazis the world over. But it’s the roles Wonder Woman plays off-page – those of role model, symbol and heroine – that have made her the world’s most enduring female superhero.

Few people understand the power of Wonder Woman’s enduring legacy better than Dr. Ruth McClelland-Nugent. An associate professor of history and an expert in transatlantic pop culture, she has published a number of articles about Wonder Woman’s impact as a feminist icon and is currently working on a book proposal for a history of Wonder Woman as a pop culture icon. She collects Wonder Woman comics, toys, trinkets and knickknacks – many of which adorn the walls of her office – and has attended several conferences, both as a scholar and fan, to discuss the cultural significance of America’s Guardian Angel. As a lifelong fan of the Amazons’ greatest champion, McClelland-Nugent said Wonder Woman owes part of her longevity to her creator – psychologist and women’s advocate Dr. William Marston.

“Marston designed Wonder Woman explicitly as a kind of propaganda for increased participation of women in society,” McClelland-Nugent said. “His idea was that we need to value feminine contributions to the world to have balance.”

Marston, whose research into systolic blood pressure eventually led to the invention of the modern polygraph, firmly believed that strong, caring women could – and, more importantly, should – rule the world. He must have been disappointed, then, when in 1942 his red-, white- and blue-clad heroine joined the Justice Society of America as the team’s secretary. Like many modern female role models, though, Marston’s character pressed on in spite of her job title.

And that perseverance paid dividends.

Today, Wonder Woman is seen as one of the pillars of the modern Justice League and a symbol of strength for those marginalized by society. That isn’t necessarily new territory for the Amazing Amazon, however. She’s had a purpose since the day she was born. Or rather, created.

“The Amazons’ background is understood as this kind of cosmic background, part of a struggle between the god of war, Mars, and the goddess of love, Aphrodite,” McClelland-Nugent explained. “The two have this bet about controlling the world.”

Mars, in Marston’s telling, represented unrestrained masculine strength and was the guiding force behind Hitler’s Germany. Aphrodite, by contrast, represented the power of feminine strength (caring, compassion and the capacity for reform). To combat the rise of Nazism, Aphrodite endowed a race of super-powerful women with super strength to help them battle the forces of evil. Among these women, Diana, princess of the Amazons, rose to the top.

Unlike the characters of Jerry Siegel and Joe Shuster (Superman) or Bob Kane (Batman), Wonder Woman was a well-defined character from her outset: a hero with Superman’s strength, Batman’s cunning, and the power to not only turn the other cheek, but to reach out a helping hand afterward. As such, her creator held her to a somewhat higher standard. She was expected to do two things which, at the time, seemed nearly impossible: bring down the Nazis and bridge the gap between sexes.

In short, McClelland-Nugent said, “She’s a comic book hero who has always been about something.”

Whether that portrayal will hold up in the upcoming (Nazi-free) Wonder Woman film is yet to be seen, however. McClelland-Nugent said she’s cautiously optimistic.

“Setting it during World War I was an interesting, possibly good, decision,” she said. “I like the appeal of her, a character who wants to end all wars, participating in the war to end all wars.”

However, without the presence of an overarching enemy like Fascism or Nazism, McClelland-Nugent said, the character’s original focus is somewhat muddled.

It seems a missed opportunity, especially considering the choice of casting. After all, Gal Gadot – the Israeli actress portraying America’s Guardian Angel – is the granddaughter of Holocaust survivors.

A role can’t get much more personal, or purposeful, than that.