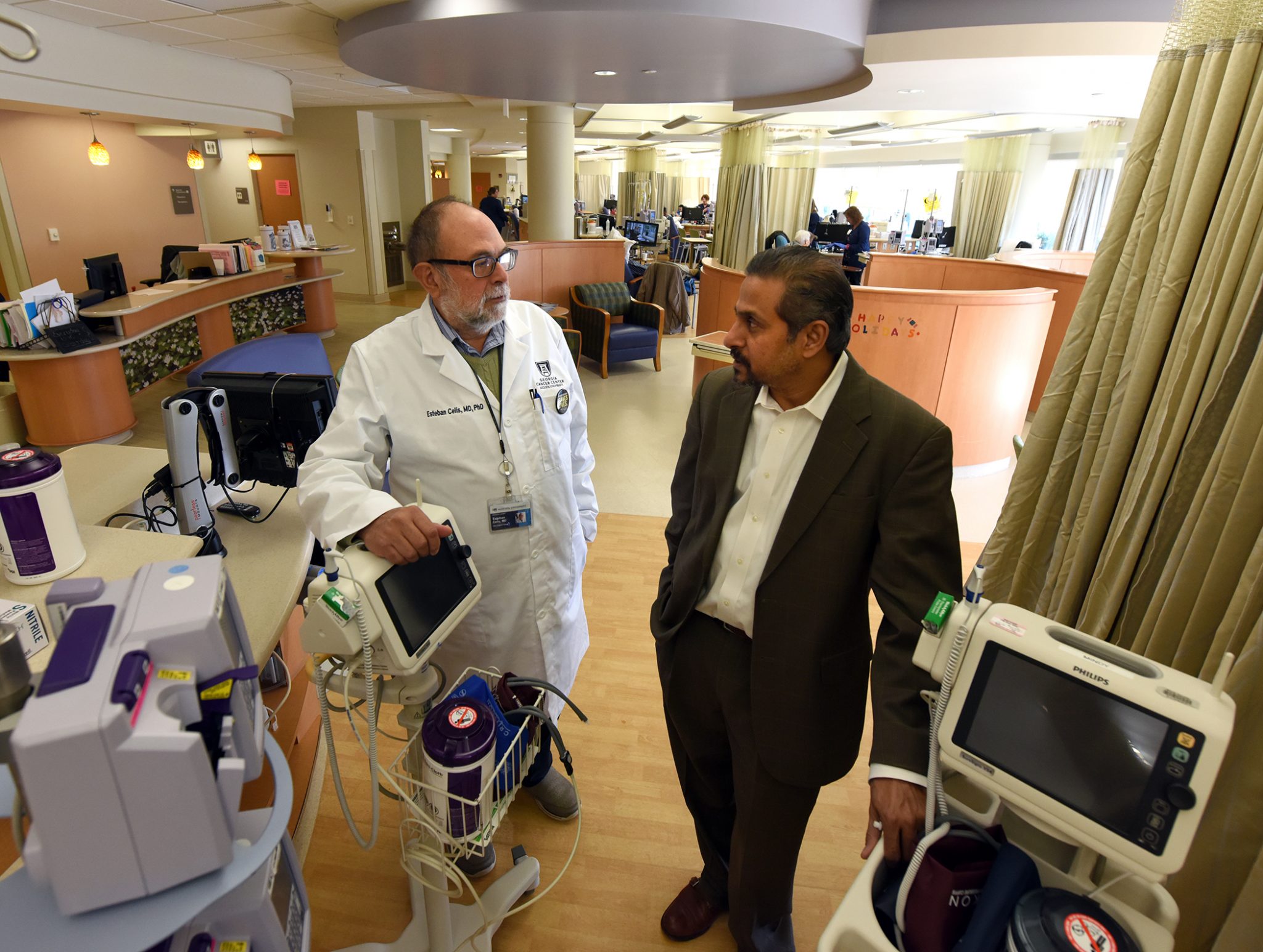 Two immunotherapies used together for the first time to tackle tumors

Two immunotherapies – one that enables the T-cells a patient already has to better attack a tumor and another that can produce an independent and vigorous immune response – are being given together for the first time to help more patients wage a stronger war on a wide range of solid tumors, researchers say.

The first phase of the clinical trial of the unique pairing is looking at the safety of combining the two drugs in a dozen patients with solid tumors, like lung or liver cancer, who have not responded to standard therapy. A second phase will commence at its completion in about 30 patients with nonresponsive, metastatic colon cancer.

“We have experiments in mice that show that the combined use of PD-1 antibody and poly-IC is synergistic for the recognition of tumors and an antitumor response mediated by T-cells,” says Dr. Esteban Celis, co-leader of the Cancer Immunology, Inflammation and Tolerance program at the Georgia Cancer Center at Augusta University.

“Now we want to see if this synergy can also work for patients,” says Dr. Sharad Ghamande, associate director for clinical research and trials at the Georgia Cancer Center and chief of the Division of Gynecologic Oncology and executive vice chair of the Department of Obstetrics and Gynecology at the Medical College of Georgia. Ghamande is principal investigator on the first trial. Dr. Asha Nayak-Kapoor, hematologist/oncologist at MCG and the Georgia Cancer Center, will lead the colon cancer trial.

Celis’ lab has shown how poly-IC, which behaves like the genetic material of viruses to also get the attention of the immune system, can improve the effectiveness of therapeutic cancer vaccines. During those studies, he found the synergy between these two immunotherapy agents as well.

PD-1 is a molecule naturally expressed by T-cells, a type of white blood cell that can fight infections and cancers, to help prevent an overzealous immune response. But tumors have a ligand for the molecule, called PD-LI, and their interaction inhibits the activity of the T-cells that kill tumors, Celis explains.

“The antibody blocks the interaction and allows those T-cells that are already at the tumor site to be more effective.”  The synthetic PD-1 antibody, pembrolizumab, is already used by physicians to help treat a wide range of cancers by releasing the brakes on T-cells that recognize tumors, Celis says.

But a caveat is that many patients have few if any T-cells in their tumors, which means the treatment is effective in only about 20 percent of patients who also have high microsatellite instability. That means that their tumor has a lot of genetic mutations, which are likely to get the attention of the immune system despite scarce T-cells. These tumors are characterized as immunogenic.

In fact, the Food and Drug Administration’s approval of pembrolizumab in May 2017 for adult and pediatric patients with solid tumors and high microsatellite instability, was the first time it had approved a cancer treatment based on a genetic feature rather than the cancer’s location of origin.

Poly-IC is an investigational drug that has been studied in humans with brain tumors, pancreatic and stomach cancers.

Patients can have few T-cells for a variety of reasons including the fact that their immune system has not yet recognized the tumor as a threat, and T-cells can also be collateral damage from chemotherapy, Celis says.

The study is funded by the biopharmaceutical company Merck & Co., which makes pembrolizumab, or Keytruda. Oncovir, Inc., which produces poly-IC, or Hiltonol, is providing the drug for study participants. 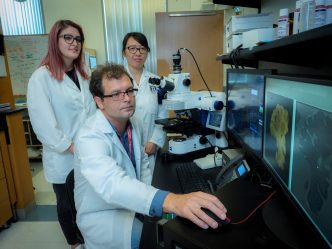 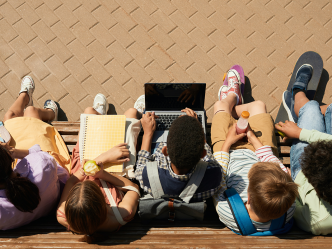