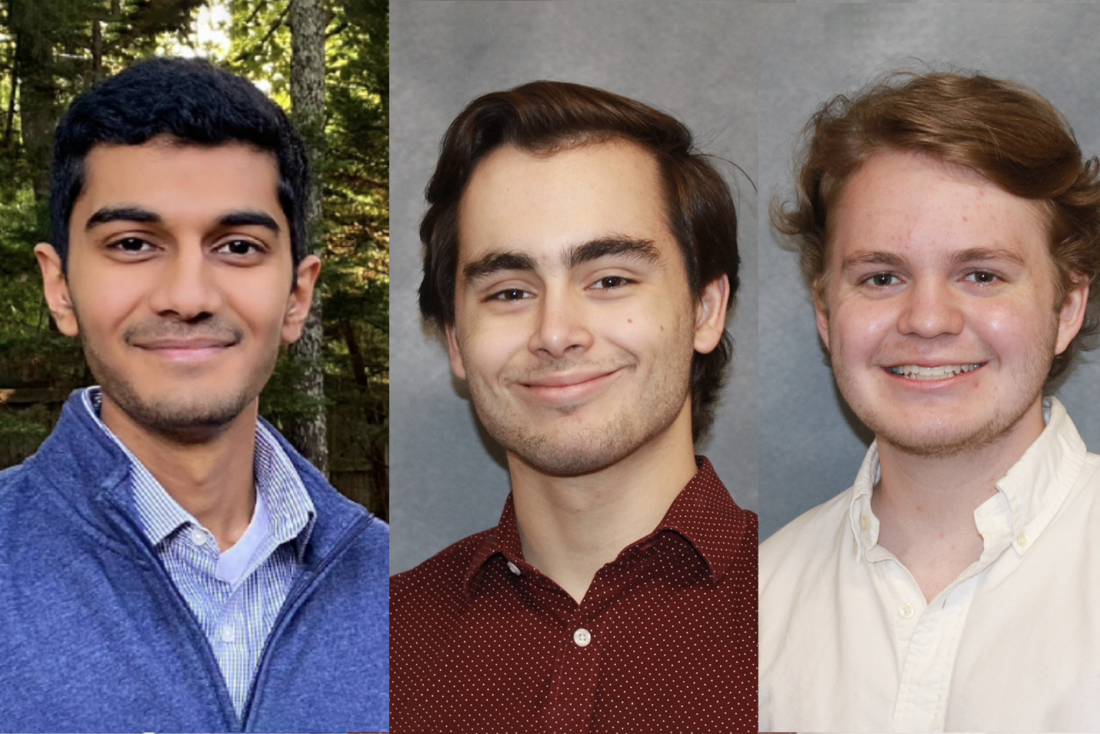 The Barry Goldwater Scholarship is one of the oldest and most prestigious undergraduate scholarships available to students majoring in the STEM disciplines.

The Goldwater Program seeks to identify high-achieving sophomore and junior undergraduates majoring in the natural and physical sciences, mathematics and engineering who have demonstrated a passion for research and a creative spark. The program provides experiences that further the development of undergraduate students who have the potential to become leaders in their field.

As far as anyone in the College of Science and Mathematics or the Honors Program knows, Augusta University had never before nominated a student to be considered for this scholarship.

That has now changed. In January, three high-achieving students in the College of Science and Mathematics were nominated for the Goldwater Scholarship. They are Dipen Mehta (cell and molecular biology), Garrett Zills (physics) and Andrew Vincent (double major in physics and mathematics).

This turn of events was sparked by a conversation between Dr. Seth Oppenheimer, chair and professor of mathematics, and Dr. Tim Sadenwasser, director of the Honors Program. In his previous position as associate dean of the Honors College at Mississippi State University, Oppenheimer had extensive experience with prestigious scholarship opportunities, including the Goldwater Scholarship Program.

Sadenwasser tapped Ana Merloiu, assistant director for student services in the Honors Program, to work with Oppenheimer to establish a committee to identify and evaluate strong candidates for the Goldwater Program and assist them in the application process. That process culminated in the nomination of Mehta, Zills and Vincent.

Originally from Atlanta, Mehta was diagnosed with a chronic illness in ninth grade. The treatments for his disease stimulated his interest in research that addresses disease. During the summers of his high school career, Mehta engaged in research projects with researchers at the Weitz Lab at Georgia Tech, the Pediatric Epilepsy Research Koh Lab at Emory’s Children Center and the Garcia Center at Stony Brook University in New York.

Working in these labs helped him understand the use of various analytical techniques and make sense of complex cellular processes involved in the onset, progression and treatment of diseases. His personal experiences with illness, coupled with his engagement in research projects focused on addressing various diseases, have led him to embrace a life’s goal to work in medicine and research.

“By devoting my life to a career in research, I aspire to tackle these questions myself, joining the scores of scientists who discover remedies to better the lives of millions like me who suffer from chronic disease,” he said.

Said Mehta, “I believe the Goldwater Scholarship would offer me a perfect opportunity to advance my research career and experience. I hope to eventually be able to positively impact the scientific community and the patients who might benefit from the advancements that I help make in the lab and the clinic.”

Zills, a junior physics major pursuing a concentration in nuclear science, is an active member of the Society of Nuclear Scholars at Augusta University. His interests in physics, however, extend beyond nuclear science.

“I primarily enjoy both astro and biophysics; however, to get a more engineering approach, I also have interest in solid-state physics as well as nuclear engineering,” he said.

Dr. Abdul Malmi-Kakkada, assistant professor of physics, taught Zills in a mathematical methods of physics course. He quickly recognized him as among the top undergraduate students in terms of research skills and mastery of physics and invited him to join his lab.

Using physics-based computational modeling, Malmi-Kakkada, Zills and Dr. Trinanjan Datta, professor of physics, investigated the migration of cancer cells in tumor spheroids during the initial stages of tumor growth. The three are currently preparing a manuscript to be submitted to a peer-reviewed journal.

Understanding computational physics was not the only skill set that Zills developed through his participation in the research process. He developed skill in communicating research scientific research findings to an audience. In 2021, Zills received the best research presentation award at the Augusta University Phi Kappa Phi Undergraduate Research and Fine Arts Conference.

Malmi-Kakkada believes Zills’s future is bright. “Garrett’s mastery of physics coupled with strong foundations in computational and mathematical skills make him an outstanding candidate to continue excelling in sciences when he pursues graduate school,” he said.

Zills plans to parlay his undergraduate experiences at Augusta University to enter a PhD program. His goal is to become a professor of physics at a university.

Vincent, a third nominee, is a junior with a double major in physics and mathematics and is currently in the Honors Program.

He was identified as a Goldwater candidate by Merloiu, who worked closely with associate professor of physics Dr. Theja DeSilva, Vincent’s research mentor, to guide him through the Goldwater application process.

The only freshman in DeSilva’s introductory physics class in 2019, Vincent prospered and became the number one student in the class, who almost made a perfect final course grade.

DeSilva currently teaches Vincent in an upper-level thermal physics class and has included him in a current research project studying the interactions of optically trapped, two-component ultra-cold gases in the presence of a magnetic field, ultimately predicting the properties of two-band superconductors. Vincent is scheduled to present these novel analytical research findings at the upcoming March meeting of the American Physics Society, the largest annual gathering of physicists in the world.

Vincent also excels in mathematics. Dr. Anastasia Wilson, assistant professor of mathematics, who taught Vincent early in his collegiate career, describes him as “an intelligent, hardworking, persistent and insightful mathematician.”

Wilson went on to note that Vincent exhibits excellent comprehension of mathematical concepts and asks perceptive questions both during and outside of class.

Vincent is a familiar face to students seeking help at the SciMath Tutoring Center.

“Andrew’s ability to convey ideas is strong both orally and in writing,” Wilson said. “I have personally observed his work as a tutor, and his explanations of complex mathematical ideas were always beneficial to students.”

Mehta, Zills and Vincent have all demonstrated a compelling display of intellectual intensity in the natural and physical sciences and mathematics and a commitment to research careers. They have each demonstrated the potential for significant future contributions to research in their chosen fields.

The Barry Goldwater Board of Trustees will vote on Scholars and Honorable Mentions in mid-March, and by the last day in March, the scholarship awards are expected to be announced.

“Until then, let’s applaud our students and their mentors for going through this intense journey of exploration and preparation,” Merloiu said. 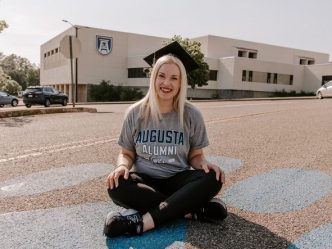 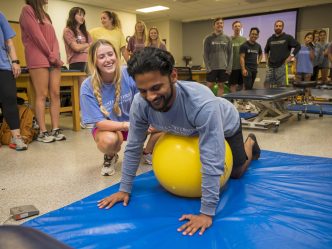 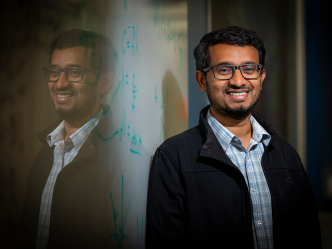 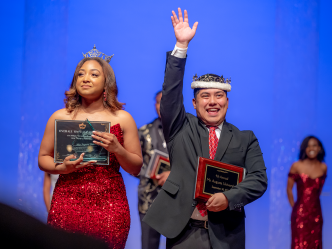 Hear Mr. & Miss Augusta University 2023 for first time on ‘In the Wild’