Think the Patriots are a top football business success? Not so fast.

Winning a Super Bowl is the goal of every NFL team, but that achievement does not mean the winner will generate the most revenue, according to an Augusta University student’s honors thesis. The New England Patriots, though seemingly perennial Super Bowl contenders, exemplify her study.

“Sports is more than just a team versus another team,” Savanna Gonzales, a marketing major who graduated in December. “It’s a business. There are fans involved, there is merchandise. There are tickets. There’s an experience that you are really selling.”

“If teams are not doing well on the business side, somewhere that’s going to impact their performance on the field,” said Thompson, who is also associate dean of the James M. Hull College of Business. “So, are teams getting the most out of their on-field performance in terms of revenues?”

Out of the top 10 revenue-generating NFL teams of 2017, five were inefficient in taking financial advantage of their success on the field, according to Gonzales’ undergraduate study. One of those teams may surprise fans.

“The Patriots have had some crazy success in recent years,” she said. “They are really establishing a dominant force within the NFL, but they were actually inefficient.”

The other four inefficient teams in generating revenue based on success on the field were the Philadelphia Eagles (.75), the Washington Redskins (.78), the Houston Texans (.85) and the Los Angeles Rams (.99).

Gonzales used a technique called data envelopment analysis, which selects the most efficient decision-making units, or in this case teams, as a point of comparison for all other teams. The most efficient teams are on what is called the frontier.

“What’s nice about this technique is not only does it tell us they are inefficient, it tells us which factor or factors would help move them to that frontier,” said Thompson, who has used this method in previous research to compare hospitals and analyze their efficiency.

Because of his experience with the technique, he knew it could help Gonzales’ research and introduced her to it.

“This technique is good at handling certain types of data where traditional efficiency definitions are difficult to define,” he said.

Just like it’s difficult to measure the efficiency of a hospital in treating patients, it’s also difficult to calculate the dollar value of a good season, an all-pro quarterback or winning a Super Bowl.

Besides analyzing whether a team was getting the most out of winning the big game in the past 10 years, Gonzales also looked into the team’s number pro-Bowl players and regular season wins and the per-capita income of the metro area where teams are based.

The most efficient team of the NFL’s top 10 highest revenue-generating teams? The Dallas Cowboys, which generated $700 million in 2017 alone without winning a Super Bowl in the 10-year period the study analyzed.

“The Cowboys haven’t had a ton of success in recent years, but their revenues are still high,” Gonzales said. “That’s because they’ve really established themselves, and they’ve established their fan culture as a team that is always going to have that support.”

The other four efficient teams are the New York Giants, the San Francisco 49ers, the New York Jets and the Chicago Bears.

Based on her analysis of how well the Cowboys and other efficient teams have done, Gonzales has a recommendation for the Patriots: market that success.

“When your team wins, that’s fantastic. But there is a large portion of that game that isn’t football,” said Gonzales, who also played for Augusta University’s volleyball team. “There’s sponsorship. There are these little side games that kind of keep fans engaged, especially during timeouts. So we recommend that they really market that experience, that it’s fun to go to their games and that people want to go to their games.” 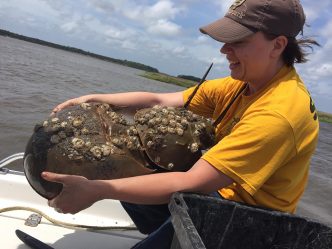 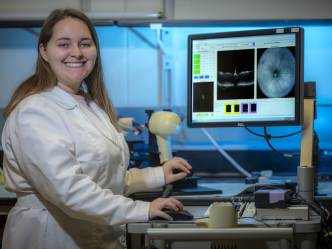 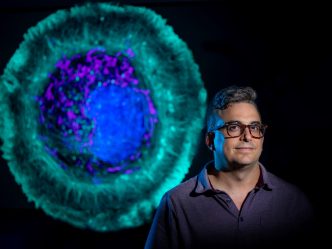 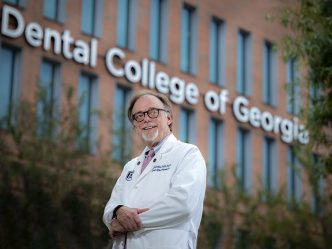