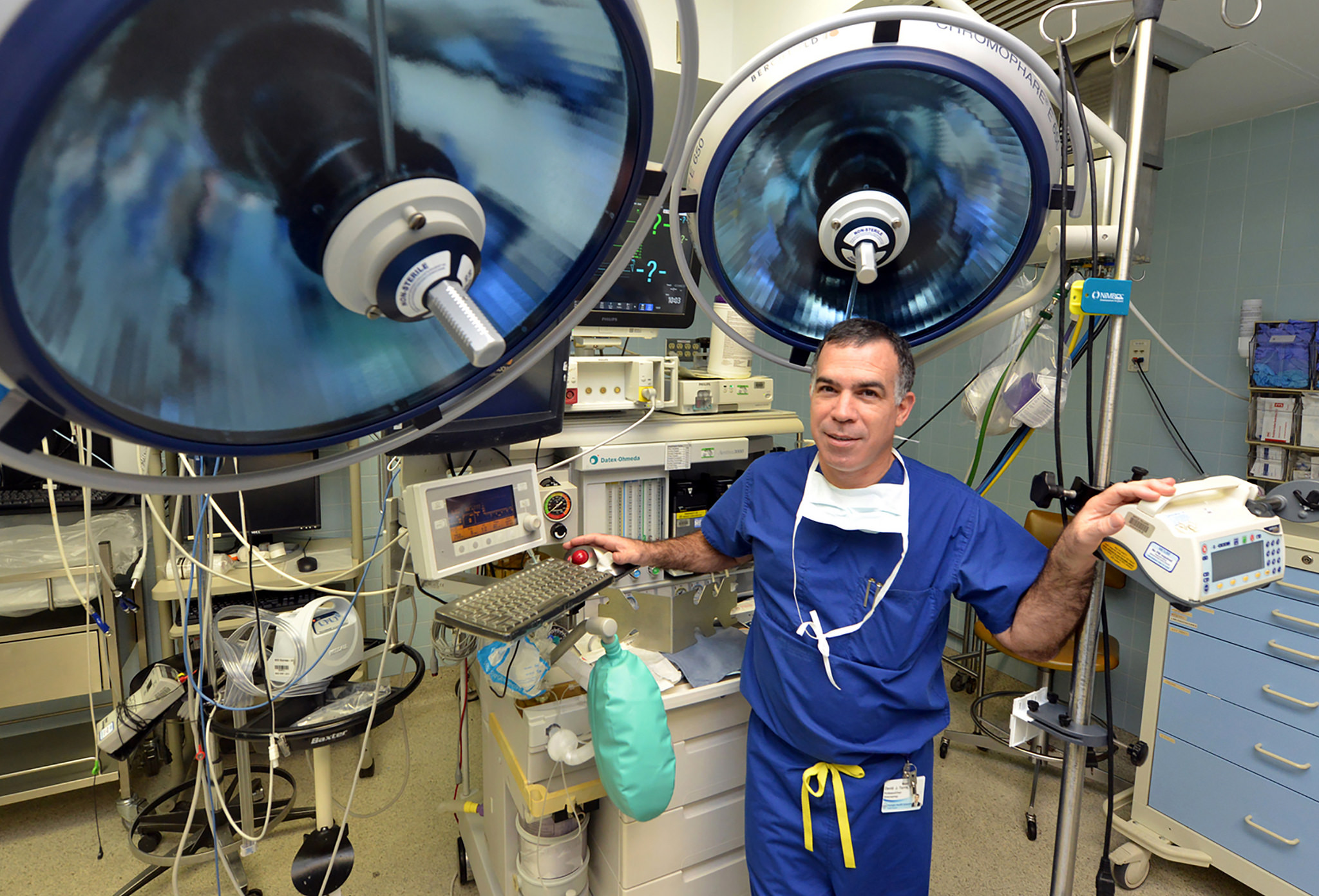 Dr. David Terris, a Regents’ Professor in the Department of Otolaryngology at the Medical College of Georgia, is the recipient of a 2017 Presidential Citation from the American Academy of Otolaryngology-Head and Neck Surgery.

The awards recognize individuals who have left a personal imprint on the life and career of the academy’s president and/or have made a lasting impression through their contributions and dedication to the academy. Terris will be recognized at the group’s annual meeting this week in Chicago.

“He is intelligent, hard-working, selfless, and always at the cutting edge of innovation in terms of robotic surgery, cosmetic aspects of surgery and technical aspects of endocrine surgery, like no one else in the field,” the academy said in announcing his award. “This citation is given to him in recognition of his lifetime work of selfless leadership within the endocrine surgery community.”

Terris, who also directs the university’s Thyroid/Parathyroid Center and the department’s Endocrine Surgery Fellowship Program, is a pioneer in robotic and minimally invasive thyroid surgery. He developed a robotic facelift thyroidectomy, a novel technique that eliminates a visible scar.

Terris is a member of the Board of Directors for the Georgia Chapter of the American Association of Clinical Endocrinologists and a council member and chair of the Section for Endocrine Surgery of the American Head and Neck Society. He serves on the editorial boards of several scientific journals, including Operative Techniques of Otolaryngology-Head and Neck Surgery, VideoEndocrinology and Head and Neck, for which is also serves as associate editor of the Endocrine Section.

He has published five books on endocrine surgery topics and serves as an expert on ENT devices for the U.S. Food and Drug Administration.

Terris is a graduate of Duke University Medical School and completed his otolaryngology/head and neck surgery residency and a fellowship in advanced head and neck oncologic surgery at Stanford University, where he served on the faculty before coming to MCG in 2002.

The American Academy of Otolaryngology–Head and Neck Surgery is the world’s largest organization representing specialists who treat the ear, nose, throat, and related structures of the head and neck. The academy represents approximately 12,000 otolaryngologist—head and neck surgeons.