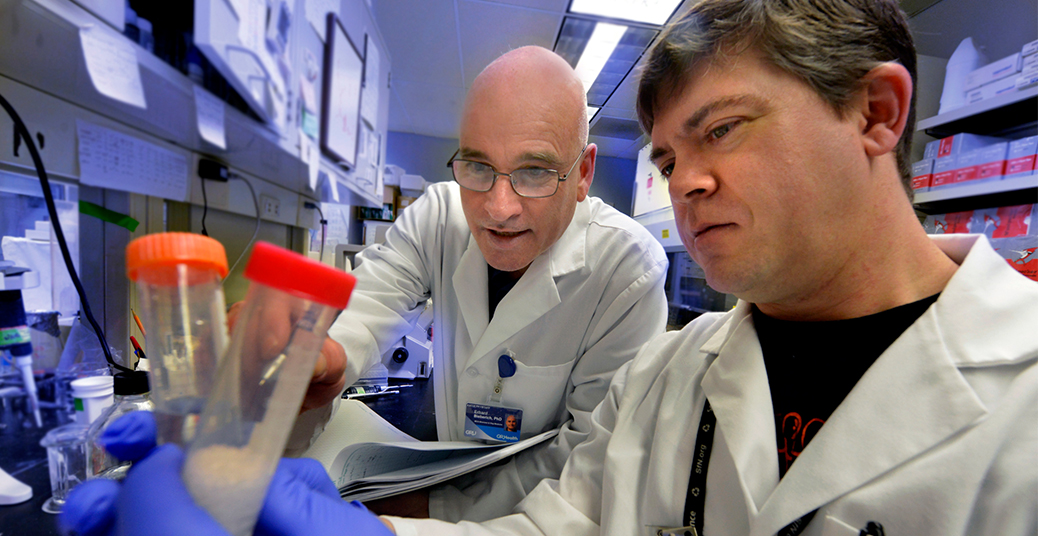 Brain levels of the lipid ceramide are high in Alzheimer’s disease, and now scientists have found increased levels of an antibody to the lipid in their disease model.

While some members of this lipid family are a plus in skin cream, inside the brain, ceramide appears to increase beta amyloid production and help the iconic plaque kill brain cells in Alzheimer’s, said Dr. Erhard Bieberich, neuroscientist at the Medical College of Georgia at Georgia Regents University.

Bieberich’s lab and others have identified elevated ceramide levels as a risk factor for Alzheimer’s and have shown that amyloid triggers excess production of the lipid, although precisely how and why remain a mystery. That synergy had the scientists expecting that generating antibodies against ceramide would hamper plaque formation. Studies published last summer in Neurobiology of Aging showed that a drug that inhibited ceramide formation did just that.

Instead they found that the excessive ceramide had already worked its way into the bloodstream, generating antibodies that supported disease progression, particularly in female mice.

The surprising science, published in the Journal of Alzheimer’s Disease, appears to support the theory that Alzheimer’s is an autoimmune disease, which tends to be more common in women and is characterized by the immune system producing antibodies against a patient’s tissue, said Bieberich, corresponding author.

It also has them thinking that measuring blood levels of the lipid or some of its byproducts could be an early test for Alzheimer’s since ceramide levels were elevated well before mice showed signs of substantial plaque formation.

“It’s a chicken-egg situation,” said Dr. Michael B. Dinkins, MCG postdoctoral fellow and the study’s first author. “We don’t know if the anti-ceramide antibodies that may develop naturally during disease might be a result or a cause of the disease.”

They do know that excess ceramide in the brain results in the production of vesicles, which Dinkins likens to “lipid bubbles,” called exosomes, that start piling up around brain cells. What’s in them depends on which cell type makes them, but Bieberich’s lab had previous evidence that when exosomes get taken up by other cells, they trigger cell death, which is one way his team thought ceramide contributes to neurodegeneration in Alzheimer’s.

“It takes a while before that becomes toxic because you have ongoing traffic and clearance mechanisms,” he said. At some point – they are not certain at exactly what point – the clearance system stops working, and toxic levels of amyloid and ceramide pile up. That’s what led them to adjust the ceramide levels downward by injecting even more ceramide under the skin, where it would mount an immune response and ideally slow disease progression.

“We thought, we can immunize the mouse against its own ceramide; it develops antibodies, which neutralize the ceramide; and we get a similar affect as blocking its production, like a vaccination against it,” Bieberich said. It should also block the subsequent chain of events that contribute to brain cell loss.

Instead they found female Alzheimer’s mice treated with more ceramide experienced about a 33 percent increase in amyloid formation and that serum exosome levels increased 2.4 times.

“They immunize themselves,” Bieberich said. The finding also has them wondering if maybe exosomes, which can have a variety of functions including aiding communication, may be trying to intervene and that ceramide antibodies are blocking their efforts.

“We don’t really know what the exosomes do in Alzheimer’s. Maybe it’s not always bad to have them around,” Bieberich said. “Maybe the antibodies actually interrupt some good functions of exosomes.”

Now they are circling back to a previous approach of more directly blocking ceramide, this time, using a genetically engineered mouse that from birth lacks the enzyme, which was targeted in previous drug studies and is needed to make ceramide, then crossbreeding it with an Alzheimer’s mouse model.

And this time, they expect to be right: that the mice genetically programmed to get Alzheimer’s will produce less ceramide, less exosomes, and less plaques. “In the face of more antibody, there is more plaque, but that is because there is more ceramide,” Bieberich said.

One in nine individuals over age 65 has Alzheimer’s, and nearly two-thirds of Americans with it are women, possibly because women tend to live longer, according to the Alzheimer’s Association.
The leading hypothesis of Alzheimer’s is that an accumulation of beta amyloid plaque first alters communication between brain cells, then prompts cell death.

The researchers note that ceramide is pervasive throughout the human body as well as other animal and plant species. “We synthesize it in each and every cell in the body,” Bieberich said. His team reported in 2007 in the Journal of Biological Chemistry that, in the first few days of life, ceramide helps stem cells line up to form the primitive ectoderm from which embryonic tissue develops. In 2012, they reported in Molecular Biology of the Cell that ceramide additionally helps with wayfinding by helping cells keep their natural antennas up.

The new studies were funded by the National Institutes of Health. 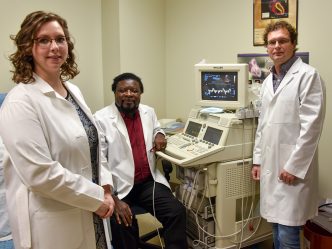