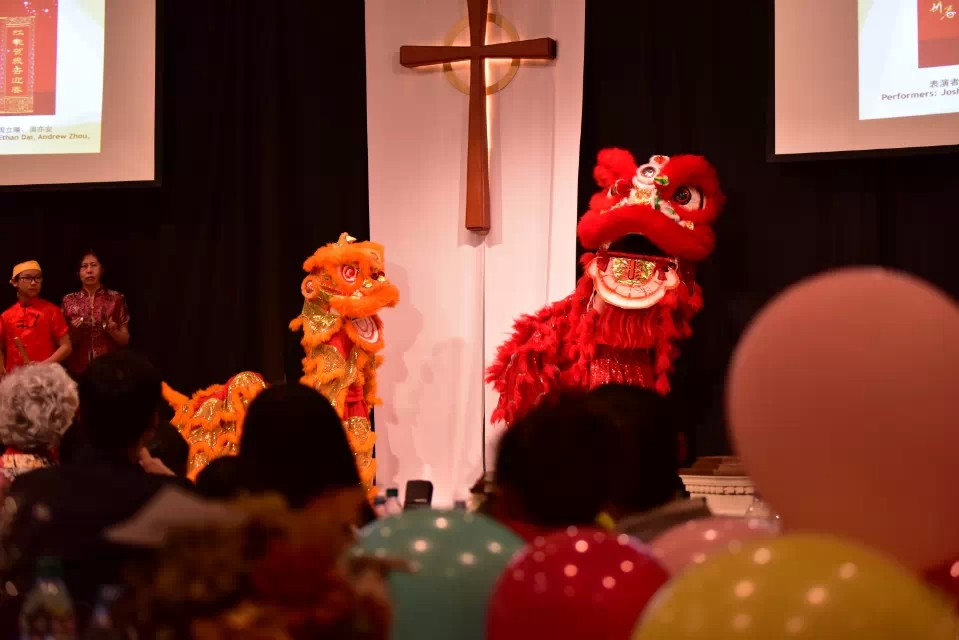 The first Spring Festival was celebrated more than 2,000 years ago during the Han Dynasty. Since its establishment, Spring Festival has become one of the most important festivities in the Chinese culture. It’s a time when families and friends gather to celebrate a new year with happiness and prosperity.

To celebrate the year of the Ram, the Chinese Students and Scholars Associations at Georgia Regents University hosted a Spring Festival Party at Fairview Church on February 21. The great tradition of Spring Festival was on full display: lion dance, paper cutting, and an abundance of traditional Chinese food! The party was also highlighted by a series of outstanding performances including dancing, singing, and music. Volunteer performers of all ages participated. To make the celebration more exciting, numerous prizes were raffled.

More than 400 people attended, and more than 100 types of dishes were provided.