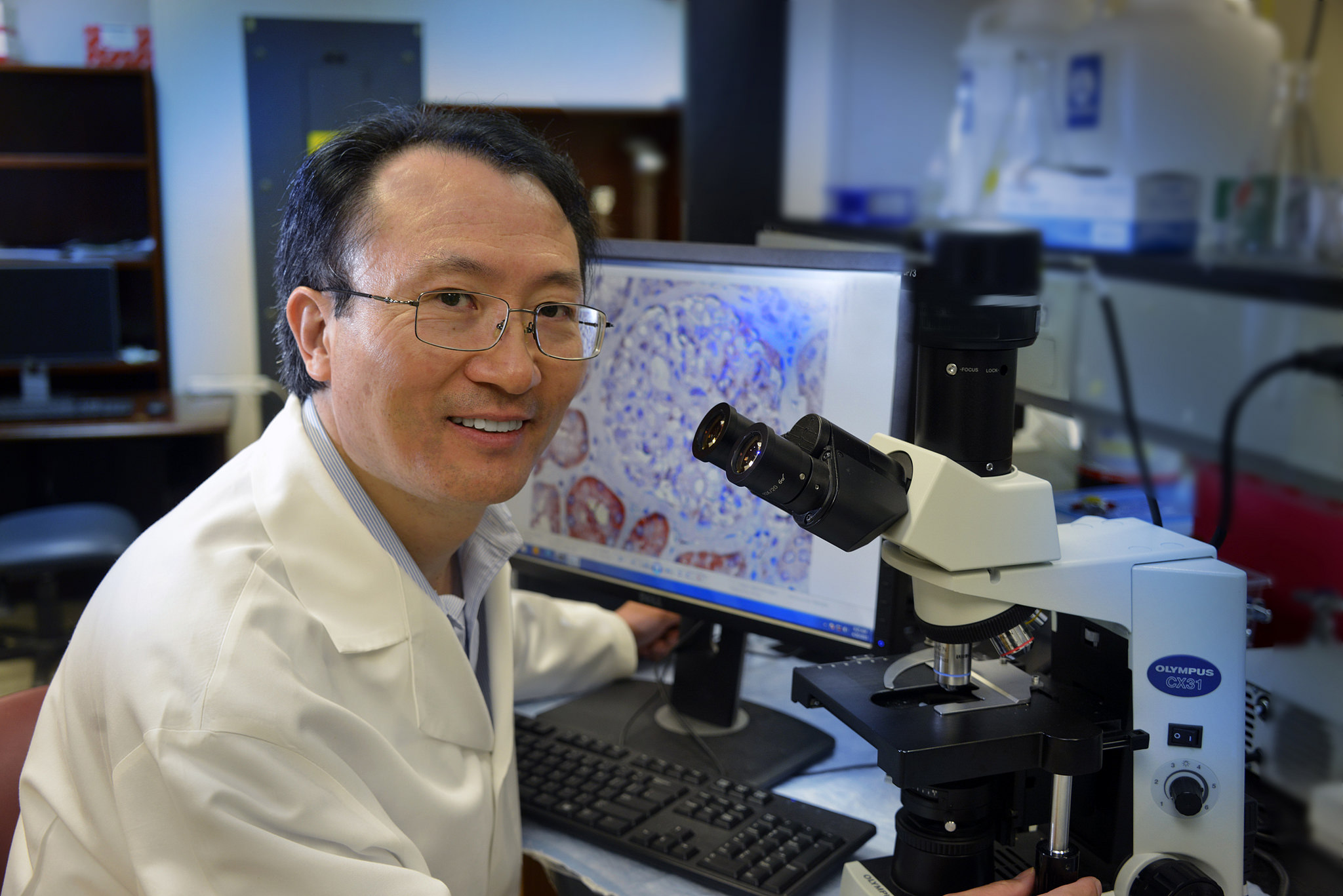 Scientists have found an explanation for the century-old observation that if you end up with just one kidney, the lone organ gets bigger.

When a single kidney is removed because of injury or for transplantation, the remaining kidney can rapidly get 50-60 percent bigger, an apparent physiological attempt to expand its capacity. Now scientists have shown that the increased blood flow to the kidney that results from going from two to one also delivers significantly more of the protein-building amino acids, which trigger the growth.

“Everybody thinks it makes sense that the kidney gets bigger, but how does the remaining kidney even know the other kidney is gone?” said Dr. Jian-Kang Chen, pathologist and kidney researcher at the Medical College of Georgia at Georgia Regents University.

“What is the signal this remaining kidney has sensed and how does this signal get transmitted to make the cells forming the kidney’s nephrons (filtering units) get bigger?” asked Chen, co-corresponding author of the study published in The Journal of Clinical Investigation.

A decade ago, Chen published a paper in the Journal of the American Society of Nephrology showing that activation of a protein called mTOR is a major player in the hypertrophy of the lone kidney. However, the growth signal that activated mTOR, which forms two distinct multiprotein complexes known as mTOR complex 1, or mTORC1, and mTORC2 in cells, was still unknown.

“For a cell to grow bigger, it has to have increased protein synthesis, which is regulated by mTORC1,” Chen said. In the kidneys, mTORC1 more typically functions at a level that maintains the healthy status quo, said Chen, who calls it both a master regulator of protein synthesis and cell growth and a nutrient sensor. When one kidney is lost, mTORC1 senses more amino acids coming to the remaining kidney, which it takes as a cue through its upstream messenger enzyme called class III phosphatidylinositol 3-kinase, or PI3K, to make more protein.

Much like shunting traffic, when the scientists tied off one kidney in a mouse, blood flow to the remaining kidney increased immediately, as did amino acid availability and mTORC1 activation. Within a day, kidney size had increased a detectable amount. Follow up studies indicate growth typically plateaus at a 50-60 percent increase within about three months.

Another of their models, a mouse missing the Pten gene, which enables production of a protein that helps keep cell division and growth in check, also pointed toward mTORC1 as the growth driver, but the path to activation was slightly different.  In this case, its sibling complex, mTORC2, was activated by gene removal, which through a series of intermediate signaling molecules, eventually also activated mTORC1.

It’s a usual occurrence for mTORC2 to activate mTORC1. But, when scientists also removed a kidney from the PTEN knockout, mTORC1 did not need its sibling to become activated. What mTORC1 did need was the enzyme, class III PI3K, to become active. This is true as well, in their other model, in which a kidney was removed but PTEN wasn’t.

Now they want to know more about why the hypertrophy appears to reach a certain point and stop and whether the greatly increased girth many kidneys experience is ultimately bad for kidney function, as Chen suspects. By learning more about growth triggers, they hope to one day be able to intervene to limit the response and help ensure the lone kidney continues to function well.

Humans have on average about 1 million nephrons, or filtering units, in their kidneys. Each nephron has a renal proximal tubule that retrieves desirables the nephron filters from the blood, such as amino acids, sodium, and glucose. The proximal tubules then put these desirables back into the general circulation and direct waste products toward the bladder for elimination in the urine.

A single kidney can result from a developmental problem, or injury, being a kidney transplant donor or recipient. Even in humans with two kidneys, if disease reduces the number of functioning nephrons, the residual functioning nephrons will also grow bigger.

Amino acids come from the proteins we consume, enabling us to make proteins so we can build muscles, bones, and other key tissues. “Proteins in living cells are constantly being synthesized, and each protein has a lifespan,” Chen notes, so the body is in constant need of protein synthesis and degradation.

The research was funded by the National Institutes of Health and an American Heart Association Scientist Development Grant. Dr. Raymond C. Harris, Chief of the Division of Nephrology and Hypertension at Vanderbilt, also is a co-corresponding author.