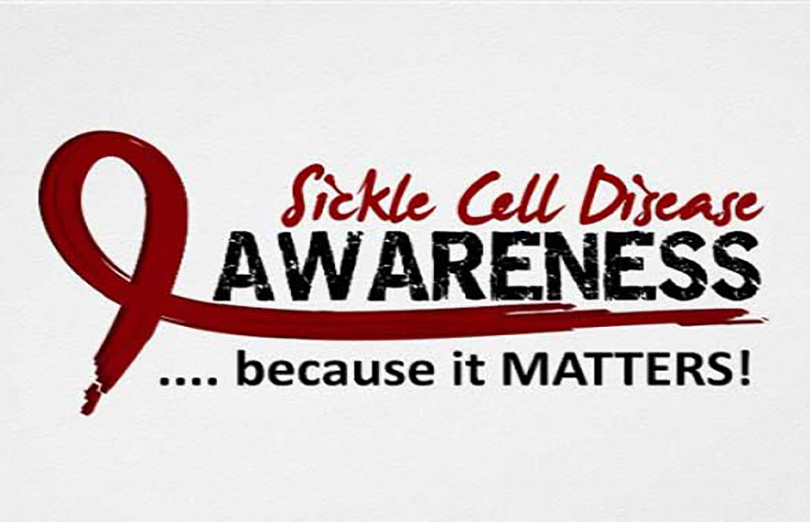 The Honorable Hardie Davis Jr., Mayor of Augusta, will present a proclamation for Sickle Cell Disease Awareness Month at 10 a.m. Thursday, Sept. 15, in the lobby of the Children’s Hospital of Georgia. Physicians and patients will also attend.

AUGUSTA, Ga. – The pain of sickle cell disease can start anywhere, but for Krystle Stone, it usually begins in her legs and back.

“Sometimes it’s a dull pain, but often it’s sharp, like a pin or needle jabbing me,” said Stone, who suffers from this chronic, incurable health condition.

Sickle cell disease affects about 90,000 to 100,000 people in the United States, mainly blacks or African Americans, according to the Centers for Disease Control and Prevention. SCD gets its name from the abnormal sickle shape that the red blood cells take on in patients with the disease. These sickle cells often get stuck in the smaller blood vessels and block the flow of blood and oxygen to organs, causing severe pain, organ damage, serious infections or even stroke.

“These clusters of sickle cells cause pain in my joints, and I have problems with my hands, too,” Stone said. “It can be a pushing, twisting, or crimping feeling, or a whole lot of different pains rolled into one. It’s kind of hard to explain.”
Stone, now 31, was diagnosed when she was just four months old.

“It was one of those horror stories – my mom was terrified. They didn’t know much about sickle cell, and many thought it was a death sentence,” she said.

When she was just a baby, Stone’s mom began taking her to a pediatric sickle cell specialist at the Medical College of Georgia at Augusta University, but it wasn’t until seventh grade that Stone actually understood what having sickle cell disease meant.

“I’d say that’s when I became more independent in taking care of myself, listening to the doctors, and taking my medications,” she said.
Refusing to be limited by her disease, the Wrens native tried out and became a cheerleader for two years in middle school.

“That was a real turning point in my life,” she said. “I was like, ‘ok,’ even though I have sickle cell, I can still participate in lots of things.”

After graduating high school, Stone went on to receive her associate’s and bachelor’s degrees. Through it all, she has learned how to recognize when her body is heading for a sickle cell crisis and how to cope with these painful flare ups. Sometimes that means taking a couple of ibuprofen pills, but when the pain is really bad, it could warrant a trip to the emergency room for treatment.

She has worked with the Sickle Cell Transition program as an adult mentor, helping teens navigating from the Children’s Hospital of Georgia into adult care at the Augusta University Sickle Cell Center, and, today, as an employee of partner organization Parent to Parent of Georgia, Stone continues to draw on her own experiences to help others with the disease.

“I talk with the parents of children who are newly diagnosed, and I let them know that their kids are in the best place they could be as far as sickle cell care goes,” Stone said of the university, which has played an important role in developing clinical programs and research into sickle cell disease since the 1920s.

Stone said she’d like to get her master’s degree, a move that she hopes will open the door for her to work in sickle cell research at the university. “It’s near and dear to my heart,” she said.

But for now, she is content in preparing others for their journey with SCD, including emphasizing the importance of regular well visits.

“Keeping these appointments can really help with managing the disease and avoiding getting sick,” Stone said. “It’s so important to take a hold of this thing and to help others become more educated about the illness.”