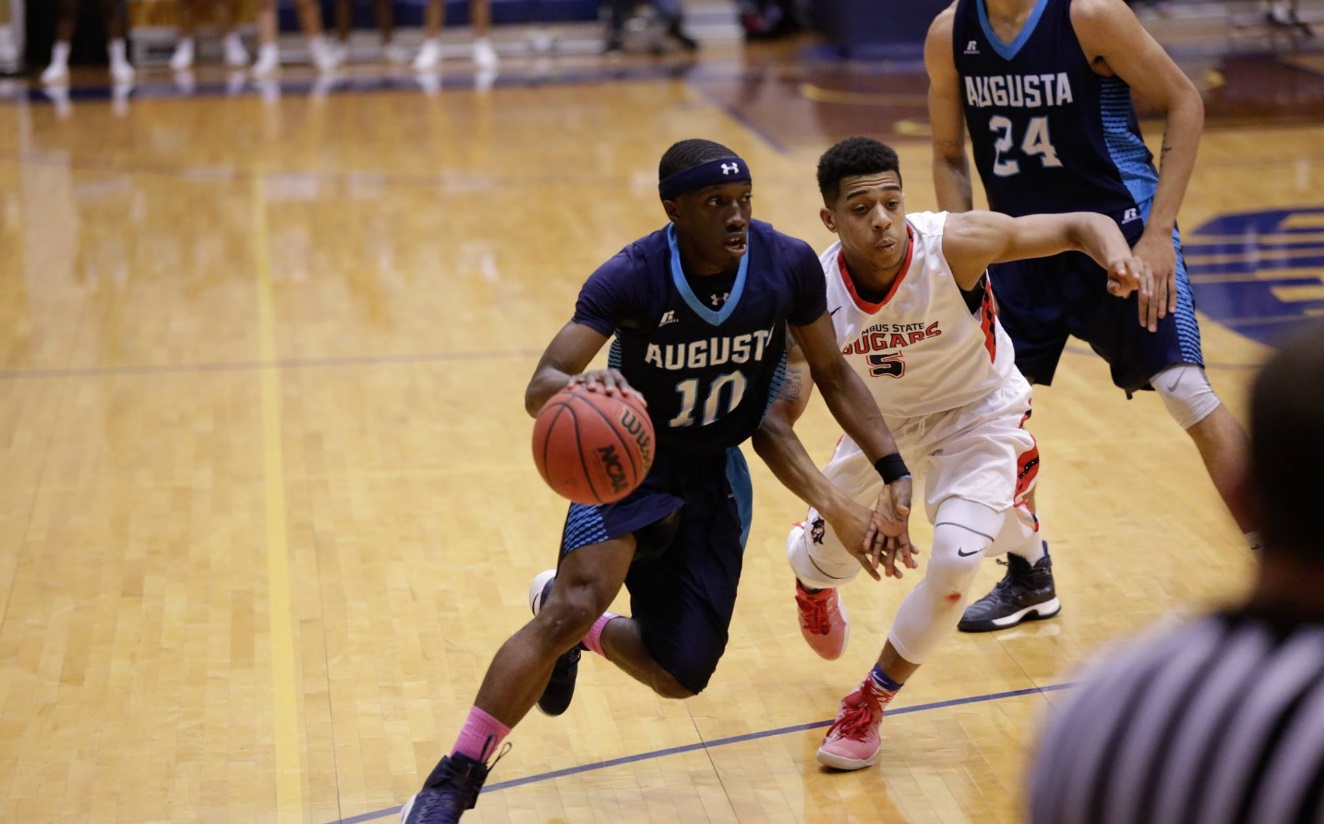 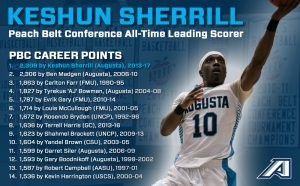 For the fourth time this season and the second time in the last three games, Augusta (24-7) broke the 100-point mark as they avenged a regular season and conference-tourney loss to Columbus State (20-10). Augusta faces top-seeded Queens (29-3) on their home floor Sunday, March 12 at 7:30 p.m.

Head Coach Dip Metress is now 17-7 (.708) with the Jags in the NCAA Tournament. Sherrill needed 20 points to break the PBC all-time scoring record and he finished the contest with 22 points, four rebounds, and three assists.

AU led large at the half with a 54-29 score thanks to shooting over 50 percent from field-goal range and holding CSU to under 35 percent shooting. The Jags outrebounded the Cougars 26-14 in the first 40 minutes and never trailed in the second half to take game one of the tournament.