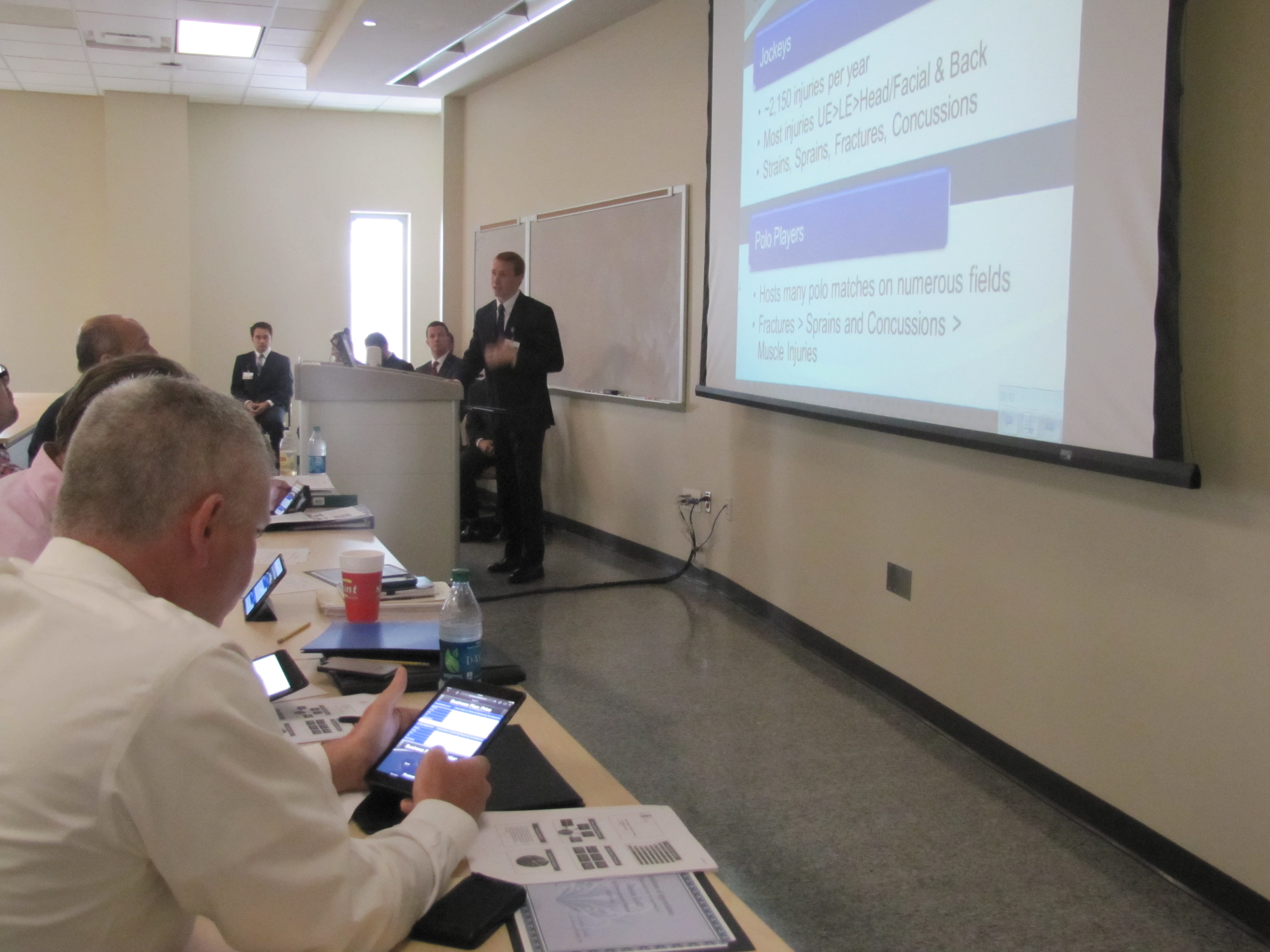 At the beginning of the semester, only two of Dr. Debra Beazley’s 40 physical therapy students had ever taken a business course. Last week, all of them presented comprehensive business plans to the class and to a panel of area businesspeople.

“I was so impressed with what they presented, but I was even more impressed with the fact that they were able to ask such sophisticated questions about the other presentations,” Beazley said. “That showed that they had incorporated the concepts in a multidimensional way.”

The day of presentations, which was set up very much like the TV show “Shark Tank,” had the six groups selling their concepts to the panel. Each member of the panel served as a mentor to one of the groups, the first time the management course had matched mentors to students in such a way.

According to Beazley, the class, a requirement for students working on their Doctor of Physical Therapy degree, is unique to physical therapy programs in Georgia.

“The only thing that comes close is at Emory, which does a combined DPT/MBA,” Beazley said. “They partner with the business school, and the students are able to get the combined degree in four years instead of five.”

Beazley, who has an MBA and a PhD in business on top of her physical therapy degree, feels this class, which educates students on the business aspects most health care professionals lack when they enter the workforce, could be successfully duplicated in other programs.

“I would love to do this for anybody who’s willing to make this a part of a curriculum or even a special project,” she said. “I have the health care experience and the health care management experience, so it’s easy for me to sit with students and actually take a business concept and relate it to what they would be doing in everyday life.”

A business plan from last year’s management class became a reality earlier in the year, when Doctor’s Hospital used it in developing its Pelvic Health Institute, and Beazley said one of this year’s presentations generated significant buzz among the panel.

Jason Lott, owner of Evans Rehabilitation Services, mentored that particular group, Grovetown Physical Therapy and Fitness Club, and said he was impressed by their level of understanding.

“There are a lot of things you can’t think about or foresee without a little real-world experience, and they took those things to heart every time they were mentioned,” he said. “It’s been a fun process.”

It’s a process that might have made his professional life a little easier.

“I had no business background going in,” he said. “I was just strong in math and logic, and there’s not really anybody you can ask.”

After classes in the summer, the group of students will have a year of internships before graduating and heading out on their own, perhaps even resurrecting one of the business plans. 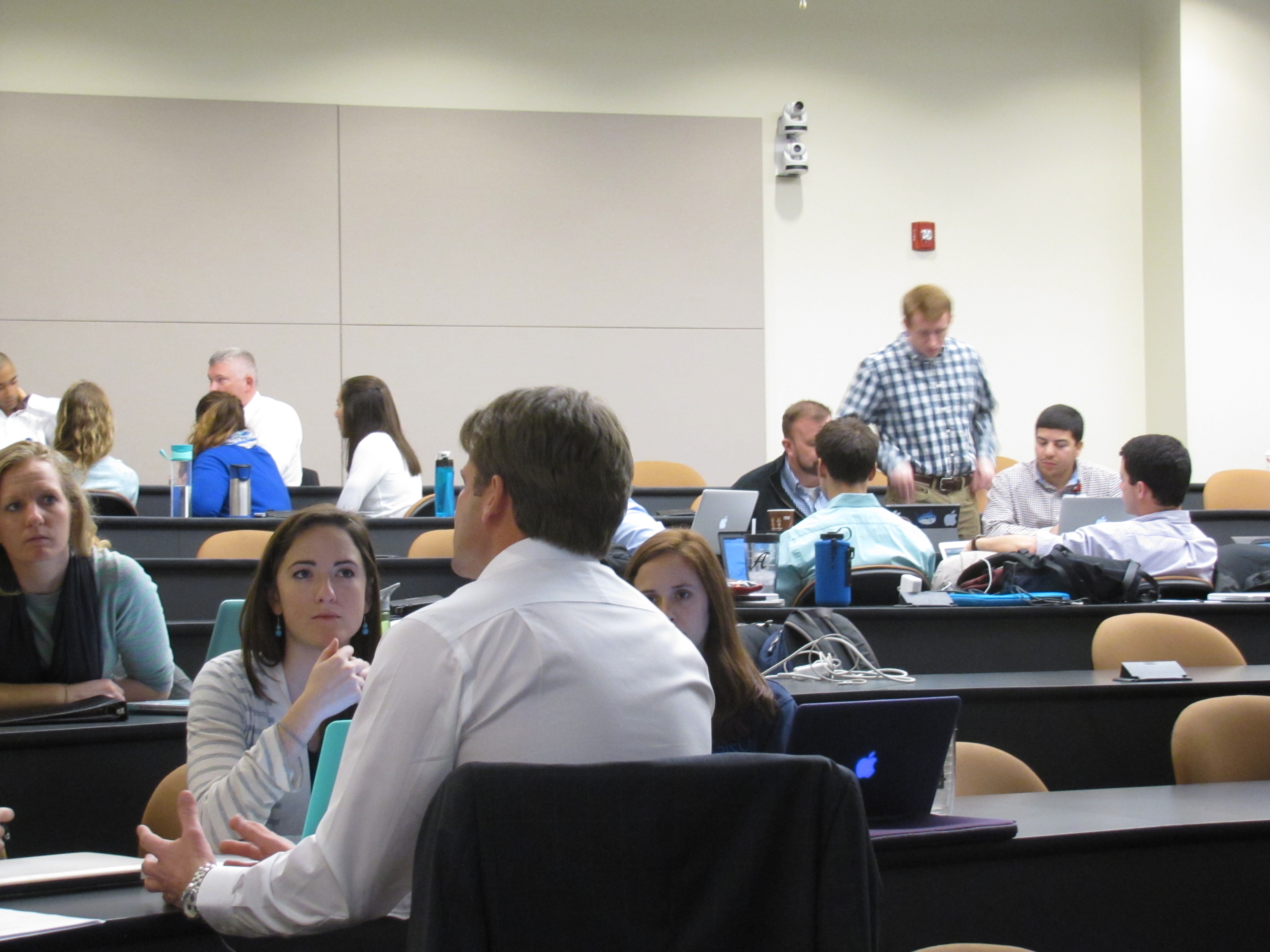