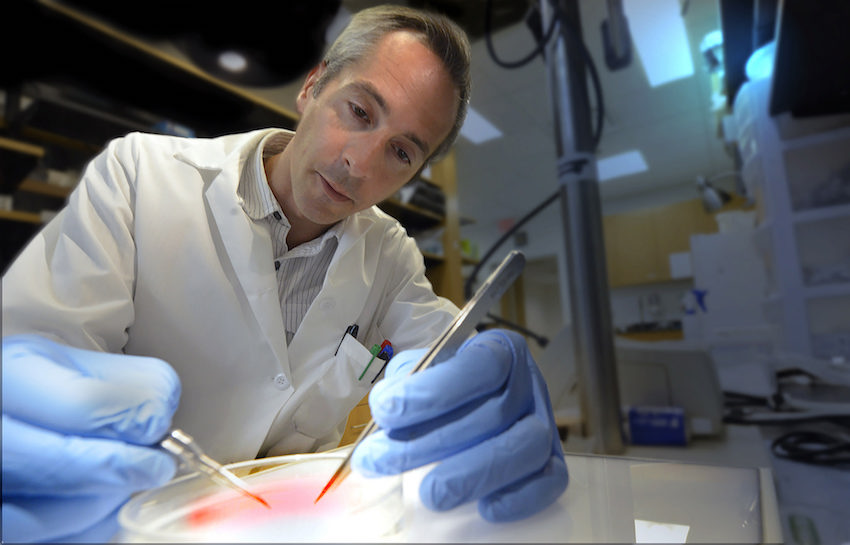 AUGUSTA, Ga. – Fatness is clearly linked to cardiovascular disease, but scientists want to find why the unhealthy pair tend to go hand-in-hand and how to break up their relationship.

“The obesity epidemic means many people have high levels of the steroid hormone aldosterone, which can damage their cardiovascular system,” said Dr. Eric Belin de Chantemele, physiologist in the Department of Physiology at the Medical College of Georgia at Augusta University.

“We want to better understand why this occurs and, in the process, hopefully identify new treatment avenues,” said the principal investigator on a new, two-year $175,000 American Heart Association Innovative Research Grant.

He suspects the exploration will also provide more insight into why so-called visceral fat, packed around organs in the abdominal cavity and often indicated by a larger waistline, is particularly bad for the cardiovascular system.

The synergy seems to start out well, because more fat makes more of the satiety hormone leptin, which should encourage us to stop eating. Instead, Belin de Chantemele and others have learned the brain stops listening to the “you are full” signal leptin is sending and instead listens to the seemingly conflicting message to activate the cardiovascular system.

Late in 2015, Belin de Chantemele published a paper in the journal Circulation that showed fat-derived leptin directly prompts adrenal glands to make more aldosterone. Higher aldosterone levels, in turn, dramatically increase the risk of cardiovascular disease and metabolic disorders such as diabetes by impairing activity of the kidneys, blood vessels, and heart, as well as decreasing insulin production and sensitivity. University of Glasgow researchers have shown fat also can directly make aldosterone.

Now Belin de Chantemele wants to know whether the full circle includes fat making more leptin, which, in turn, prompts the fat to also make aldosterone. His team’s hypothesis is that it’s visceral fat that is mainly to blame.

He’s working with Dr. Brian Lane, a bariatric surgeon at MCG and Augusta University Health, to obtain samples of both subcutaneous fat and visceral fat from several individuals. “Side-by-side comparisons of both types of fat from one person are the only way we can really compare whether there is different production of aldosterone from different fat deposits,” he said. His lab will infuse these human fat cells with leptin and see if they first make the precursor aldosterone synthase and then aldosterone.

“If we demonstrate that leptin can stimulate aldosterone production by the adipose tissue, we also want to know whether this will affect the body, whether it is something relevant,” he said.