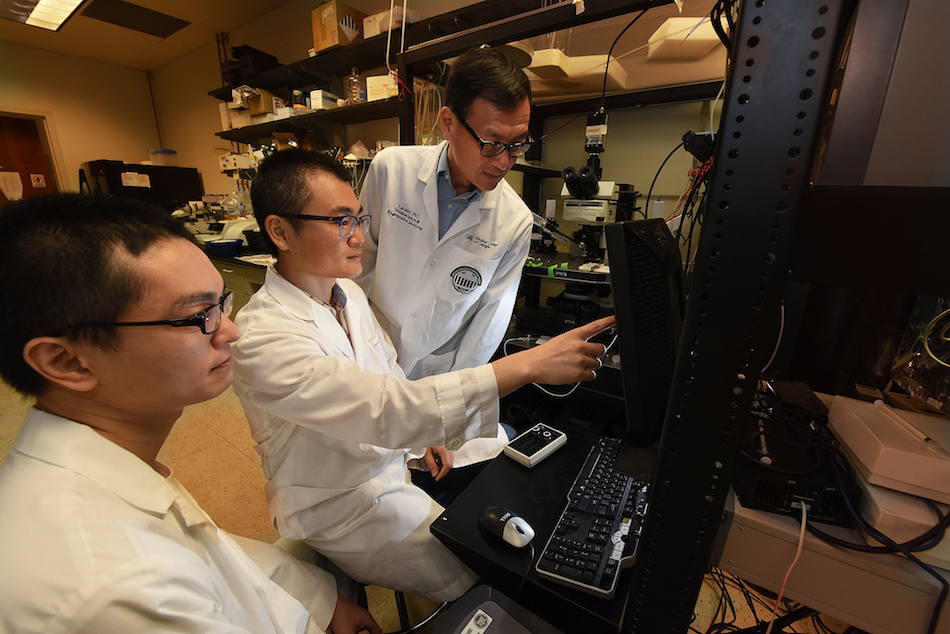 On the surface of our numerous star-shaped brain cells called astrocytes, they have found the molecule LRP4 is important in ensuring healthy levels of a brain chemical that enables learning and memory, said Dr. Lin Mei, chairman of the Department of Neuroscience and Regenerative Medicine at the Medical College of Georgia at Augusta University and Georgia Research Alliance Eminent Scholar in Neuroscience.

The brain chemical, or neurotransmitter, is glutamate, the most important excitatory neurotransmitter in the brain, which essentially means it is passed between neurons to help one activate the next. It was known that astrocytes could regulate or modulate brain cell communication by adjusting levels of glutamate.

But now, the MCG scientists have shown that LRP4 is in those astrocytes, and that without it, glutamate release is dramatically reduced. Mice are intellectually impaired and have difficulty with movement, Mei said of the findings he characterizes as “unexpected.” One benefit was protection from seizures because of the reduced excitability of neurons. Removing LRP4 from nearby neurons did not yield the same negative effects.

While much work remains, Mei and his colleagues believe the work published in the journal Nature Neuroscience provides new insight into the critical regulation of neurotransmitters that enable neurons to take action as well as potential therapeutic targets for one day helping individuals with intellectual disabilities.

Once made, glutamate gets passed from one neuron to the next via synapses, much like the arm of one neuron reaching out to hand something to the next. Dysfunction of synapses is associated with a host of neuropsychiatric disorders such as epilepsy, addiction, schizophrenia and autism.

Taking LRP4 out of the equation messes up the delicate balance, the scientists have found. Without it, levels of ATP, a natural energy source for cells that also inhibits glutamate release, also dramatically increase. In fact, regulating ATP levels is one way astrocytes help regulate the level of neurotransmitters, Mei said. But in this scenario, too much ATP translates to too little glutamate. Blocking the receptor ATP eventually activates ameliorates the negative impact that high levels had on the mice

“When you take LRP4 out of astrocytes, ATP levels released by those astrocytes go super high, which suppresses glutamate transmission,” Mei said.

Astrocytes are the most common of a type of brain cell called glial cells. In fact, astrocytes account for about half of all the cells in the brain, Mei said. While the brain actually has more glial cells than neurons, glial cells were long thought to provide only structural support to the neurons, much like cement supports a house. “That view has been changed and is changing,” said Mei. Now it’s clear that glial cells, like astrocytes, have a role in neurodevelopment and longer-term in regulating communication between two neurons.

In the neuromuscular juncture, Mei’s lab found several years back that LRP4 on the muscle cell surface is a receptor for agrin, a protein that motor neurons release to direct construction of the nerve-muscle juncture. His lab later identified antibodies to LRP4 and agrin as new causes of myasthenia gravis. The new research indicates that release of ATP by astrocytes is also regulated by agrin signaling.

The research was funded by the National Institutes of Health and the Department of Veterans Affairs. Postdoctoral fellows Drs. Xiang-Dong Sun and Lei Li are the study’s co-first authors.