Scientists find new evidence about how to prevent worsening pneumonia 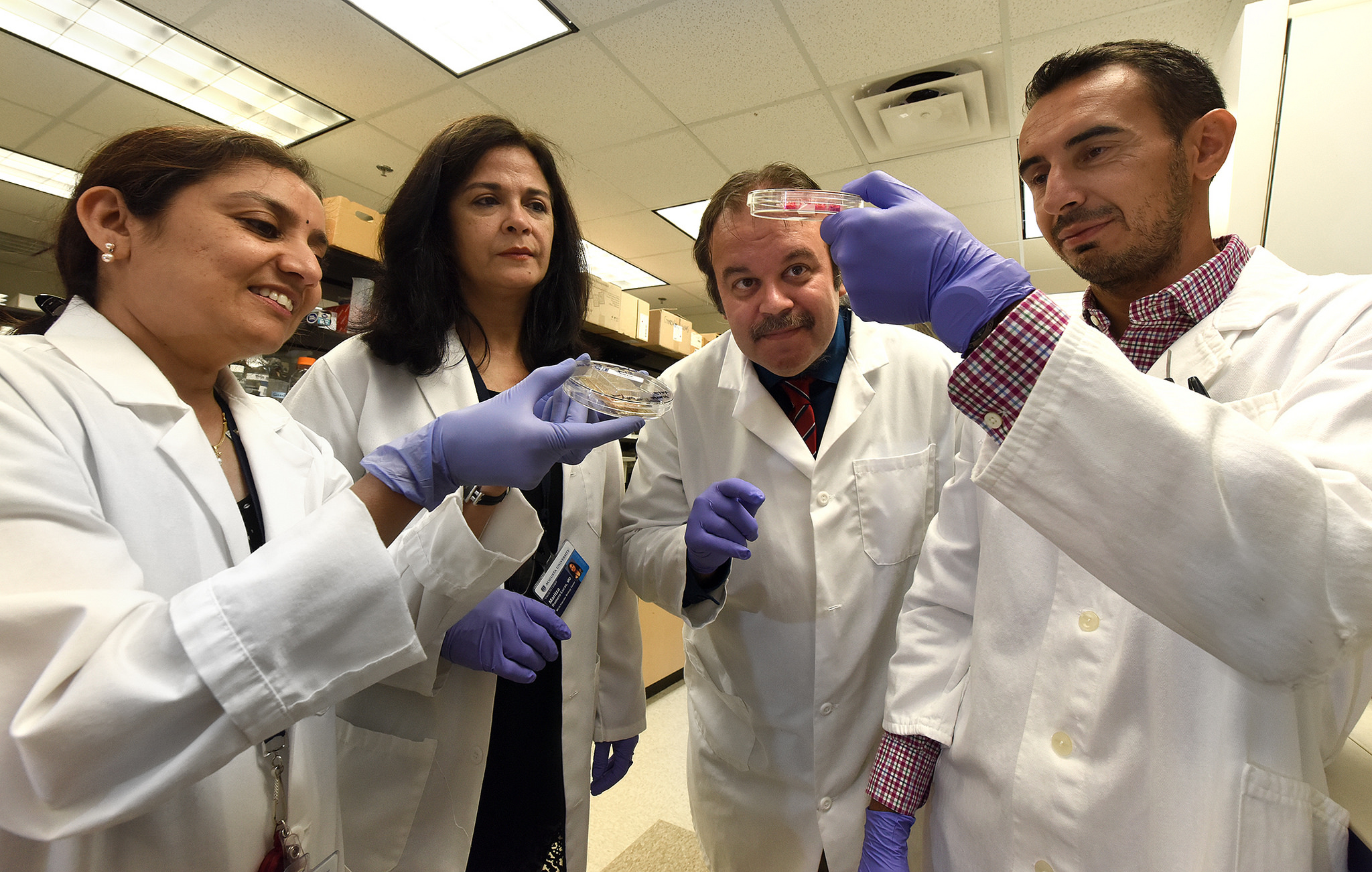 Sodium channels in the cells that line the tiny capillaries in our lungs play an important role in keeping those capillaries from leaking and potentially worsening conditions like pneumonia, scientists report.

The TIP peptide, a synthetic version of the tip of the cancer-killing immune molecule tumor necrosis factor, appears to strengthen that barrier function, according to the study in the journal Frontiers in Immunology.

TIP’s protection works even in the face of pneumolysin, a toxin released in large volume in response to antibiotic treatment to kill pneumonia-causing bacterium. The toxin can create tiny holes in the natural barriers of both capillaries as well as air sacs in the lungs. The result can be a second and potentially deadly wave of fluid accumulation in the lungs in about 20 percent of the sickest pneumonia patients.

“We showed that these channels are present in human capillary endothelial cells and that these channels play a really important role in protecting us from pneumolysin,” says Dr. Rudolf Lucas, vascular biologist at the Vascular Biology Center at the Medical College of Georgia at Augusta University and the study’s corresponding author.

“We also provided more evidence that targeting these channels with the TIP peptide or something similar is a solid strategy for reducing dangerous fluid volume in your lungs,” says Lucas. The studies were conducted in the endothelial cells that line human lung capillaries, known to form a tight barrier for the blood vessels.

Tiny capillaries and air sacs, or alveoli, in the lungs have thin walls and close proximity which enable the capillaries to pick up oxygen from the air sacs and carry it forward to the rest of the body. The toxin makes the usually tight lining of the capillaries leaky so blood and other fluid can get into the lung tissue, even into the air sacs. The lungs can become overwhelmed with fluid, and the body doesn’t get the oxygen it needs.

Similarly, sodium transport channels in the air sacs are negatively impacted by the toxin.

The function of the epithelial sodium channel, or ENaC, which helps move fluid out of air sacs normally, is even more in demand in the face of pneumonia, but the toxin impairs its ability in both the air sacs and capillaries, the scientists have now shown.

The scientific team working through the complex interchange found that in the capillaries of the lung, an important subunit of ENaC – called ENaC-alpha – is important as well to strengthening the barrier function of the blood vessels. They then showed that the TIP peptide, which they developed and know binds to ENaC-alpha, significantly strengthened the barrier in human endothelial cells exposed to the toxin.

“Patients are being treated with antibiotics, which they need to kill the bugs,” Lucas notes.  The problem is, once you kill the bugs in large quantities, they can release huge amounts of this toxin into the lungs and these toxins make holes, literally holes in membranes of every cell containing cholesterol.”

Pulmonologists and other critical care specialists recognize the subsequent problems that can result from high levels of the pneumolysin toxin, but currently don’t have a direct solution, Lucas says. Ventilator support can help push oxygen through the fluid-filled sacs, but carries the risk of letting even more bugs into the lungs as well as physical damage to lung tissue.

There also is currently no way to identify ahead of time which patients will experience this second wave, Lucas says. Children are particularly vulnerable because their immune systems also mount a vigorous attack against the invading bacterium and so even more toxin results from the dying bug. Pneumonia is a top killer of children under age five across the world, according to the World Health Organization, along with preterm birth complications, birth asphyxia, diarrhea, malaria and malnutrition.

The TIP peptide is attracted to the sugar coating at the mouth of the sodium channel.

Lucas led a team of scientists who reported in 2014 that the TIP peptide worked like a doorstop to keep sodium channels inside air sacs open in animal models.

Results of a clinical study led by the University of Vienna, also published this year in the journal Critical Care, showed that patients with more severe pulmonary edema – fluid in their lungs – who required a ventilator to support their breathing were able to better clear fluid from their lungs following inhaled treatment with the Tip peptide. Others did not appear to benefit.

Dr. Douglas C. Eaton, Distinguished Professor in the Department of Physiology at the Emory University School of Medicine and coauthor on the new study, previously discovered that ENaC-alpha has a role in fluid clearance.

The research was supported by an American Heart Association Scientist Development Grant to Dr. Istvan Czikora, assistant research scientist at MCG and the study’s first and co-corresponding author as well as the National Institutes of Health and the German Research Foundation. Lucas also is an associate professor in the MCG Department of Pharmacology and Toxicology.